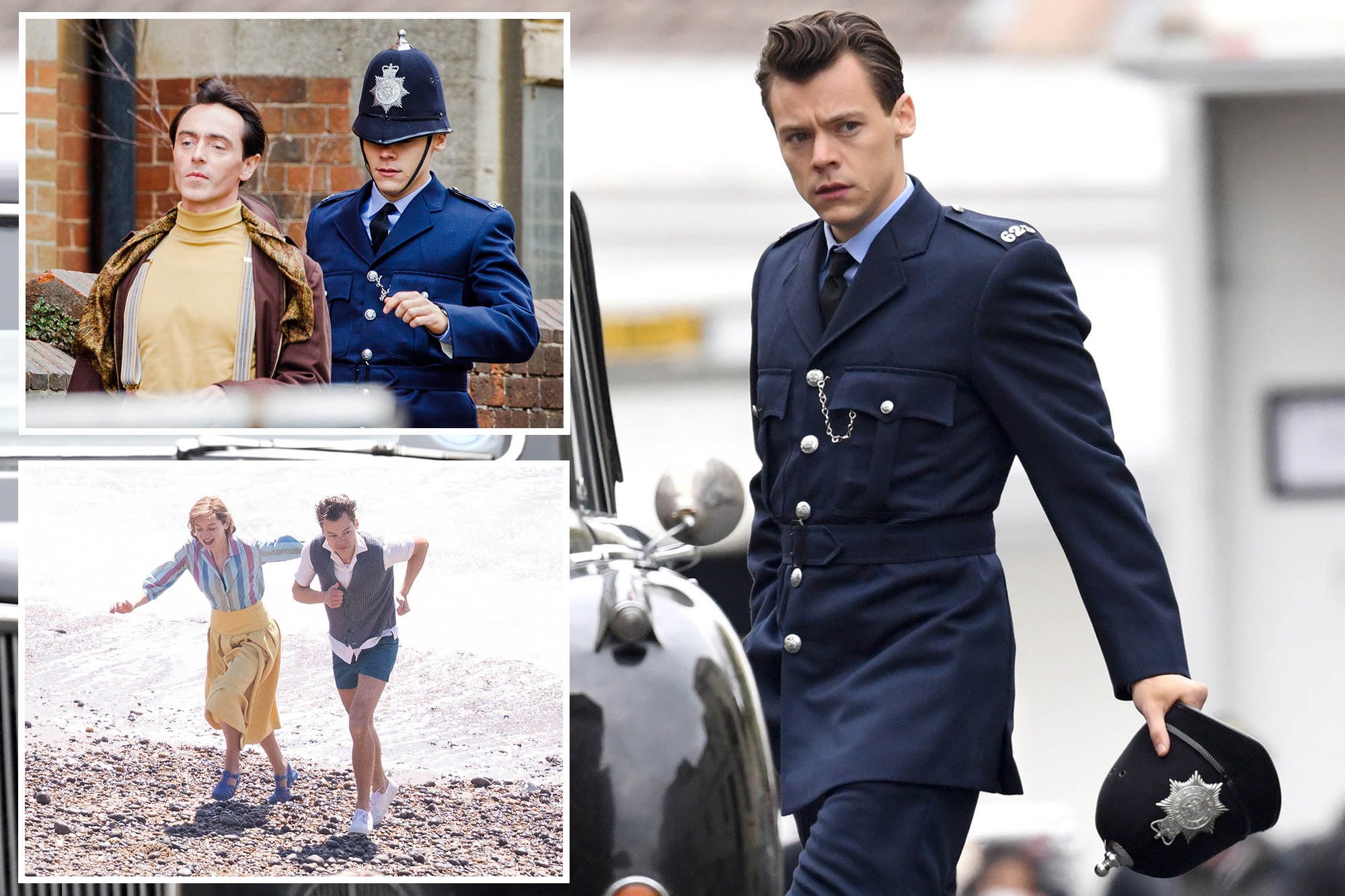 Harry Styles’ got back — and that’s all you’ll see.

The British pop-star-turned-actor recently dished on the level of nudity that will be shown in his upcoming film “My Policeman.”

Styles, 28, revealed in a new interview with Howard Stern that he will be showing his backside — and only his backside — to his thirsty fan base in the new romantic drama, according to Billboard.

The “Watermelon Sugar” singer, who performed live Thursday morning at Rockefeller Center during NBC’s “Today” show, said he will expose his “bum-bum” in the new film, but, alas, “no peen,” unlike the trend with other actors of late.

“My Policeman” is set to follow Styles as Officer Tom Burgess — a man caught in a scandalous love triangle between his wife, Marion, played by “The Crown” breakout star Emma Corrin, and his lover Patrick, portrayed by David Dawson.

“Harry will be having sex on-screen, and they want it to look as real as possible,” a source told the publication at the time, noting that there would be “two romps” involving Harry and Styles and Dawson, plus one other scene “where Harry is naked on his own.”

However, despite Styles’ latest declaration about modesty, the source also added: “Not much is going to be left to the imagination.”

And Styles apparently was willing to throw himself into his sizzling scenes.

Styles is seen on the film set for “My Policeman” on May 14, 2021, in Brighton, England.WireImage

“Harry is throwing himself into this new role and is really excited about the challenge, even though it’s a daunting task,” the Sun’s source added. “He always wants to do things that people wouldn’t expect and challenge what people think about him — and this film will really do that.”

In the new Stern interview, Styles also explained that, during shooting, he had to “wear a gas mask” to protect his breathing while makeup artists airbrushed his dozens of tattoos for the nude scenes.

Harry Styles arrives at the Brit Awards 2020, held at the O2 Arena in London. PA Images via Getty Images

Elsewhere in their chat, the crooner divulged that he had auditioned for Baz Luhrmann’s upcoming “Elvis” biopic.

“I was very intrigued by it,” the former One Direction member said of the movie, which stars Austin Butler in the hip-swiveling lead role of rock icon Elvis Presley. “I feel like if a director feels like I’m not the best person for the role, then it’s better for them and it’s better for me. If they think the movie’s going to be better with someone else, then I don’t want to do it because I don’t want to be the not-as-good version.”

Styles previously showed off his acting chops in 2017’s “Dunkirk” and Olivia Wilde’s newest flick, “Don’t Worry Darling,” as well as a cameo appearance last year in Marvel’s “The Eternals.”

Kevin Spacey is a serial killer in first film since sex assault claims
Duolingo under fire for ‘insensitive’ Amber Heard v. Johnny Depp joke
We use cookies on our website to give you the most relevant experience by remembering your preferences and repeat visits. By clicking “Accept All”, you consent to the use of ALL the cookies. However, you may visit "Cookie Settings" to provide a controlled consent.
Cookie SettingsAccept All
Manage consent