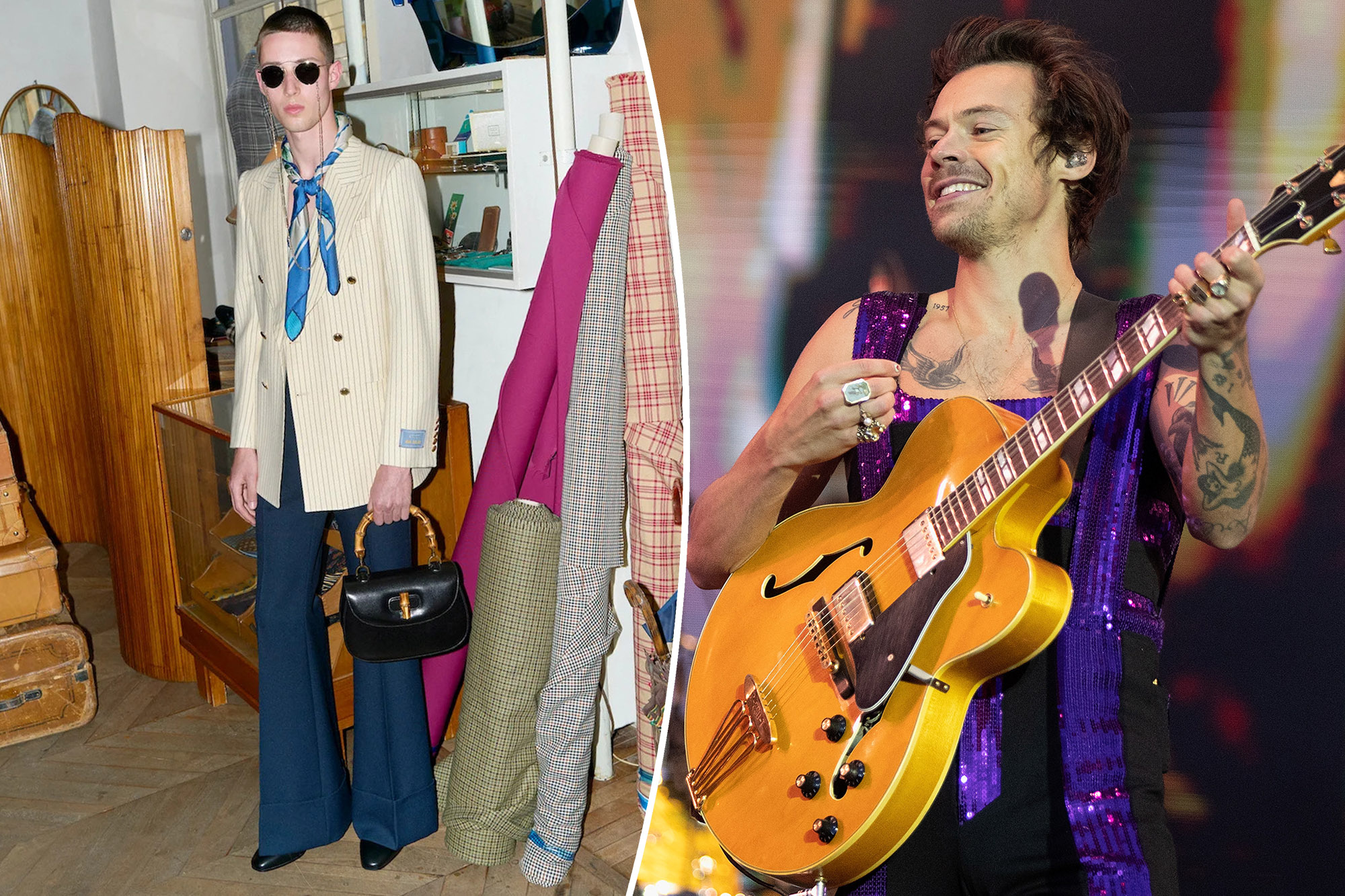 Harry Styles is having the last laugh with his latest announcement.

The “As It Was” singer, famous for his love of all things Gucci, has teamed up with Alessandro Michele to create the Gucci Ha Ha Ha collection.

The capsule’s name blends Styles and Michele’s first initials and represents the laughing face emoji they have used in conversations with each other for years.

“He has an incredible sense of fashion. He is obsessed with clothes,” Michele, 49, told Women’s Wear Daily. “He keeps sketches and an archive. He could easily be a stylist or a designer and is very free, representative of this new generation that is interested in so many things.

“I have been observing his ability to combine items of clothing in a way that is out of the ordinary compared to the required standards of taste and common sense and the homogenization of appearance.”

Nothing is more Gucci than this Harry Styles collection.GUCCI

The capsule collection merges both of their personal styles with a ‘70s vibe.

Michele said, “It’s sophisticated, and we paid a lot of attention to fabrics and sartorial details,” calling it “a lighthearted activity” with a “serious” result.

The collection has been described as rock star meets British lord.GUCCI

Michele describes the collaboration as “the look of a lord who morphs into a rock star.”

The collection will be in stores in October and was unveiled as part of Milan Men’s Fashion Week.

Fans went wild for the images released of the flared trousers and jaunty caps. GUCCI

Fans immediately went wild for the kitschy collab, which is aimed at attracting Gen Z and millennial customers.

One tweeted, “When i tell you i have never given a single s–t about an item of gucci clothing or gucci accessories and in the same breath tell you i need the entirety of this new collection that should tell you everything about the power of harry styles.”

Harry Styles is always seen with his beloved Gucci ring, which he briefly lost at Coachella.Getty Images for Coachella

Others were upset with what’s sure to be a high price point, with another fan writing, “IN THIS ECONOMY???? The cost of my groceries has doubled and my rent went up $600 but at least I have the privilege of being given the gracious opportunity to buy a Gucci x Harry Styles t-shirt! (Likely the one ‘attainable’ piece in a collection of luxury suits and luggage 💀).”

The former One Direction member has worn Gucci since he struck out as a solo artist in 2017. The “Watermelon Sugar” singer covered Vogue in a Gucci gown, kicked off his “Fine Line” era in a custom creation and rocked a sheer shirt at the Met Gala.

Now, everyone can dress like the fashion icon. Redferns

The rock star is also always seen with his beloved Gucci ring, especially after being reunited with the bauble after losing it at Coachella this year.

This Gucci collection will never go out of style (but it probably will sell out fast).

Cindy Crawford tried on a bright puffy sleeve blouse that everyone needs this summer
Sami Sheen poses in white lingerie for OnlyFans teaser
We use cookies on our website to give you the most relevant experience by remembering your preferences and repeat visits. By clicking “Accept All”, you consent to the use of ALL the cookies. However, you may visit "Cookie Settings" to provide a controlled consent.
Cookie SettingsAccept All
Manage consent