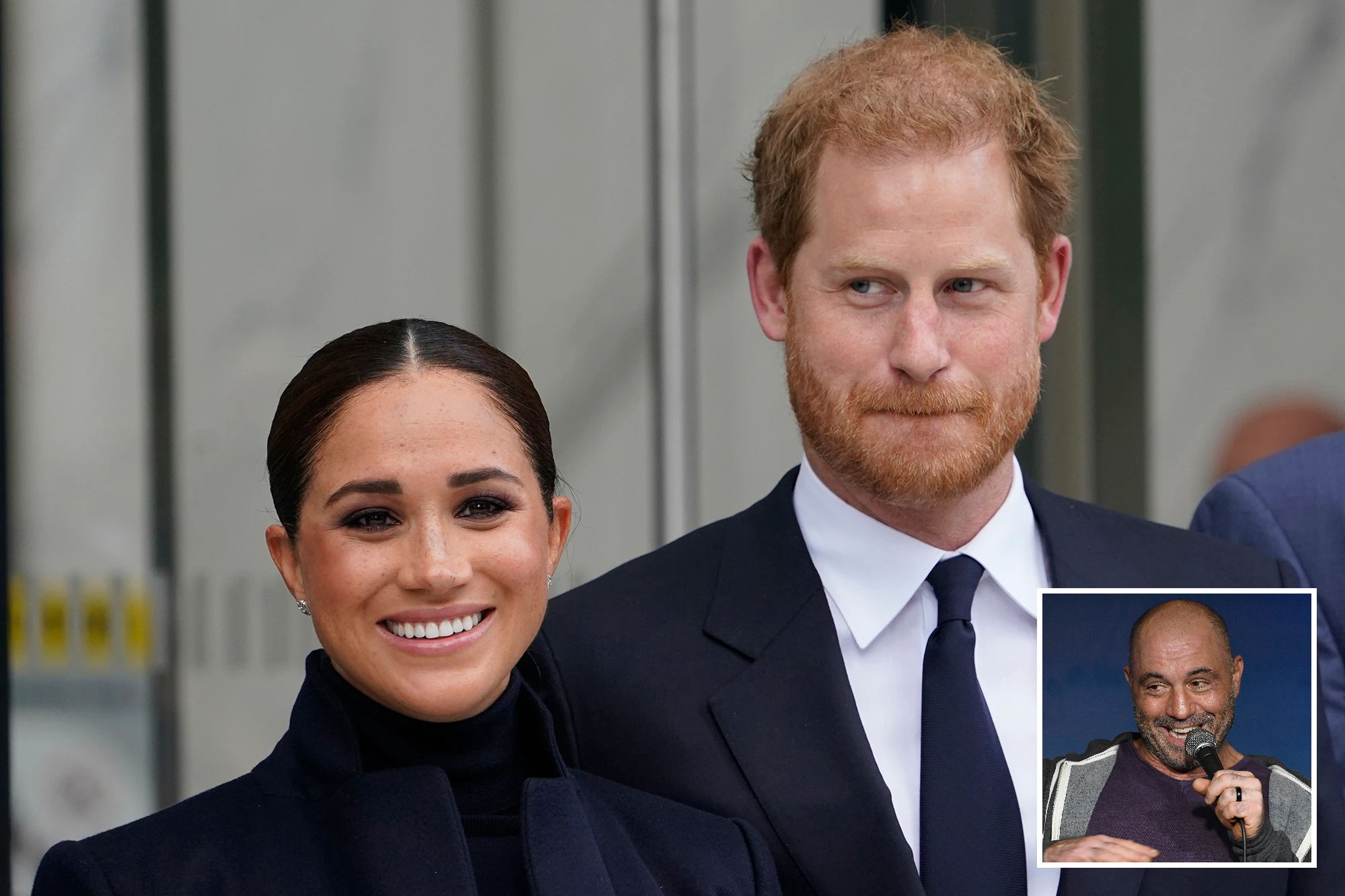 Prince Harry and Meghan Markle have expressed their “concerns” to Spotify for allowing “COVID misinformation” to be spread on its platform.

The Duke and Duchess of Sussex have weighed into growing controversy surrounding fellow Spotify star Joe Rogan and his false claims about the COVID vaccine.

Last week, Neil Young removed his entire catalog from the streaming service, and was followed by Joni Mitchell on Saturday.

The couple has a reported $25 million deal with the audio giant.

In a statement Sunday, an Archewell spokesperson said: “Last April, our co-founders began expressing concerns to our partners at Spotify about the all too real consequences of COVID-19 misinformation on its platform.

“We have continued to express our concerns to Spotify to ensure changes to its platform are made to help address this public health crisis.”

There is growing controversy surrounding Joe Rogan and his false claims about the COVID vaccines.Michael S. Schwartz/Getty Images

“We look to Spotify to meet this moment and are committed to continuing our work together as it does,” the spokesperson added.

The statement did not specifically mention Rogan’s show “The Joe Rogan Experience.”

But Page Six revealed that the couple was unhappy last April after Rogan claimed that healthy young people don’t need to bother getting a COVID-19 vaccine — despite advice from the CDC and medical experts saying otherwise.

Meghan Markle and Prince Harry have a reported $25 million deal with Spotify.Nikolas Kokovlis/NurPhoto via Getty Images

Embarrassingly, he made his comments on the same day that Harry and Markle announced they were joining President Joe Biden at Vax Live, a concert in LA aimed at increasing the global vaccination effort

The Sussexes are among Spotify’s most famed personalities, having announced an exclusive partnership with the service in December 2020, saying they “will host and produce podcasts that build community through shared experience, narratives, and values.”

However, so far they’ve only released a short holiday special and last week, it was reported that Spotify had started hiring for staff to help ramp up their production process. We’ve reached out to Spotify for comment.