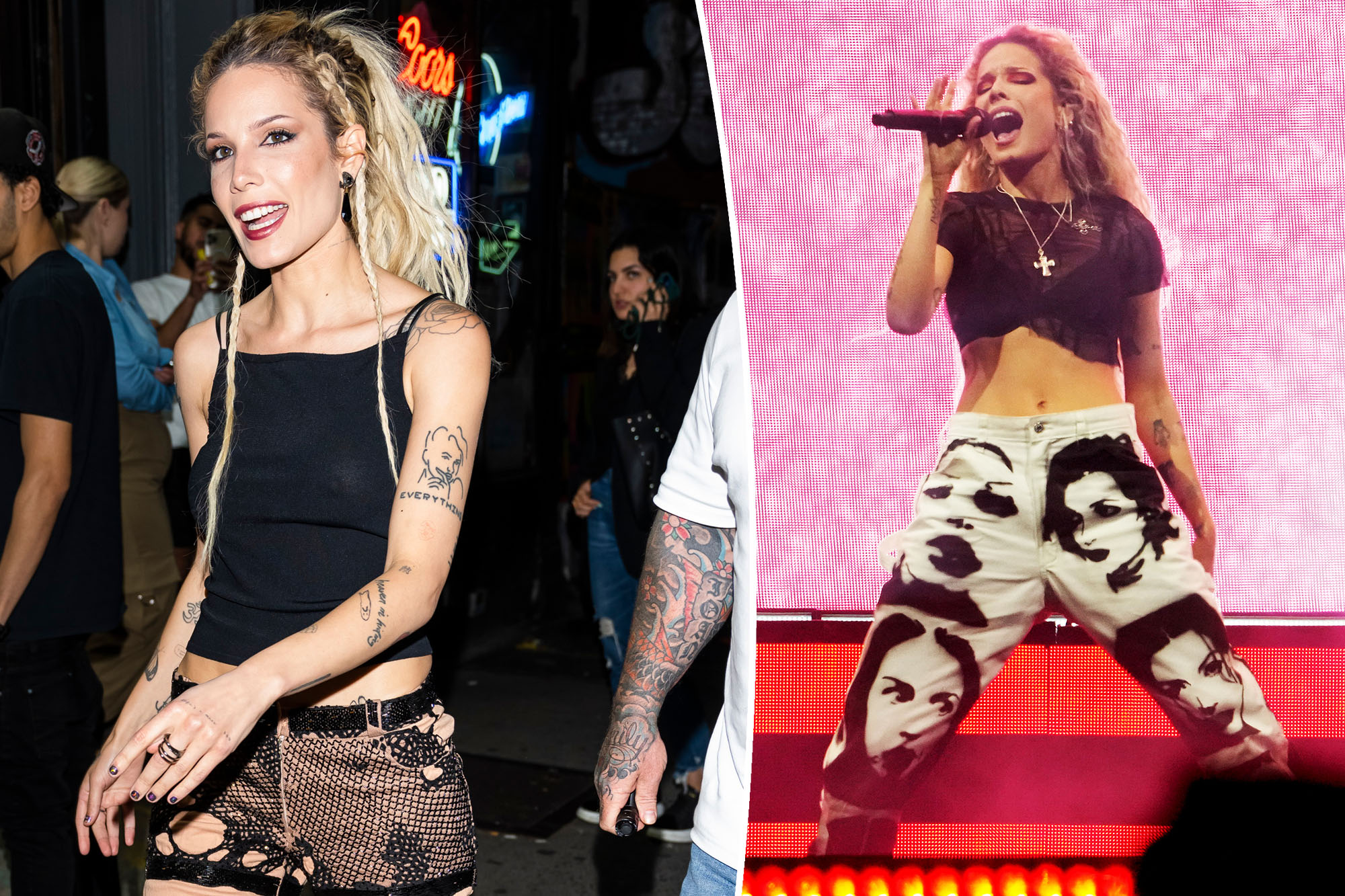 The “Without Me” hitmaker, who uses she/they pronouns, posted new photos on Instagram Monday to celebrate “the wild fact” that their About-Face makeup line will be available at Ulta Beauty starting Tuesday.

In several of the snaps, Halsey poses in a black mesh bra, buckled boots and bright red underwear with the words “F—k off” printed across the butt in bold black lettering.

The “Nightmare” singer and beauty mogul paired her strongly-worded skivvies with “sunburn” blush, a red lip and a smokey eye.

Kehlani called the New Jersey native a “LEGEND,” while photographer Yasi quipped, “not me telling my CEO ‘you inspire me to be more hot.’”

Other ’90s-inspired looks from Halsey’s shoot include a flannel button-down styled with a choker and a cropped white camisole teamed with khakis and a peekaboo thong.

The pop star was out and about in New York City ahead of their Governors Ball show. GC Images

The star — who performed at Governors Ball Saturday — is no stranger to showing skin, having stunned in a crystal-encrusted cutout jumpsuit at the 2022 iHeartRadio Music Awards in March and proudly posted photos of her postpartum stretch marks last year.

They’ve also been open about their health struggles this year; after spending weeks “in and out” of the hospital, they were diagnosed with multiple ailments, including Ehlers-Danlos syndrome, Sjogren’s syndrome, mast cell activation syndrome (MCAS) and postural orthostatic tachycardia syndrome (POTS).

Halsey stunned Gov Ball attendees with a rendition of the Kate Bush classic “Running Up That Hill.” Getty Images for HH

Britney Spears married Sam Asgari: the first details of the sensational wedding ceremony
David Beckham spoke about his most unusual hairstyles
We use cookies on our website to give you the most relevant experience by remembering your preferences and repeat visits. By clicking “Accept All”, you consent to the use of ALL the cookies. However, you may visit "Cookie Settings" to provide a controlled consent.
Cookie SettingsAccept All
Manage consent