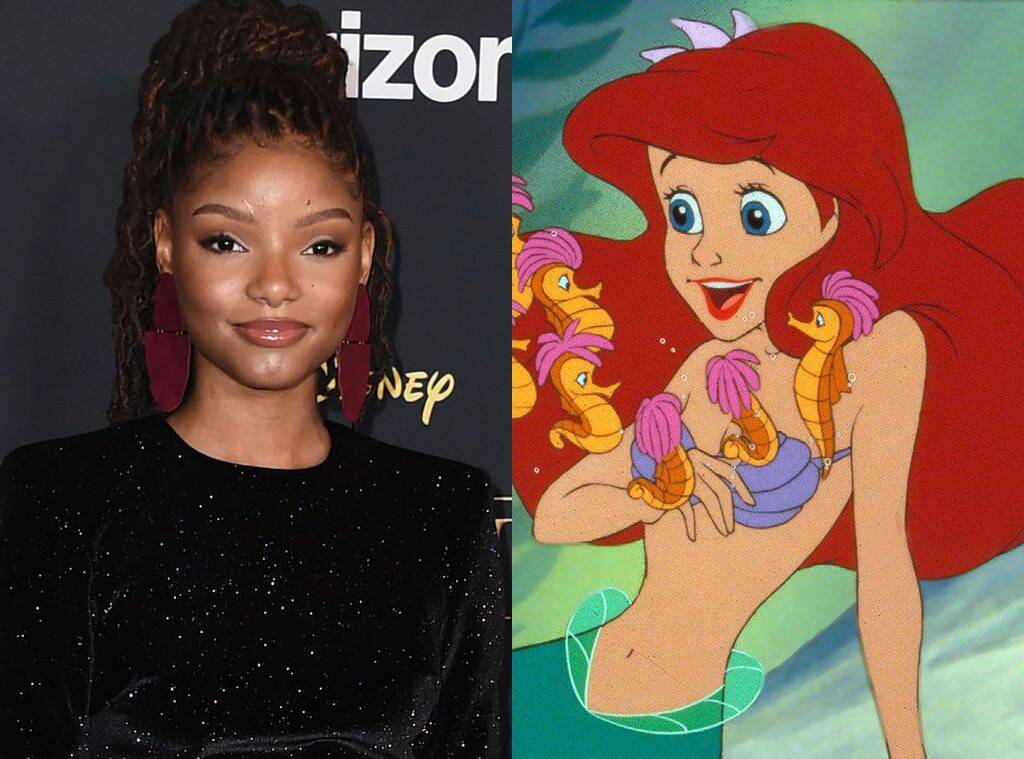 The singer and actress just finished filming for her break-out role as Ariel in the Little Mermaid live-action adaptation! That being said, she revealed some of the most difficult parts of playing this character, and also shared a pic of her in character! Halle Bailey may have gotten a huge opportunity to play a Disney Princess on the big screen but that is not to say that her experience was a piece of cake!

According to her, shooting for the movie was especially hard because she was away from her loved ones and she missed them very much! In a post on her IG account earlier today, Halle wrote that ‘It has been the toughest experience being away from everything and everyone i’ve ever known, to feeling self doubt/ loneliness, but also feeling such freedom and perseverance as i’ve reached the end, this experience has made me just so much stronger than i ever thought i could be.’ Judging by her comment, it sounds like her sister, Chloe Bailey feels the same!

She wrote: ‘SO PROUD OF YOU!!!!! now come back home to me!!!!’ As mentioned before, Halle also posted an early snap of her as Ariel, on the shore, as the sun was setting behind her. Because of the lighting situation, and the fact that her tail was mostly in the water, fans did not get to see much detail of her costume but they were still excited about the small teaser. In spite of just how hard it was to be away from home, Halle also made sure to celebrate all the people involved in making the movie and her experience wonderful and unforgettable. ‘I’m so grateful to have such lovely and talented people in the cast,’ she wrote, before also shouting out the actor playing her love interest, Prince Eric, Jonah Hauer-King, dubbing him as her ‘friend for infinite lifetimes.’ She also gushed over how proud she was of Jacob Tremblay, who plays Flounder and made sure to also thank Javier Bardem (playing King Triton), Melissa McCarthy, (the villain, Ursula), Awkwafina (Scuttle) as well as Daveed Diggs (Sebastian), who Halle said are all ‘masters of their craft but were also so welcoming and open to little old me.’

Rebel Wilson Dances In New Video From The Set Of ‘Senior Year’ After Dropping 60 Pounds!
Comment