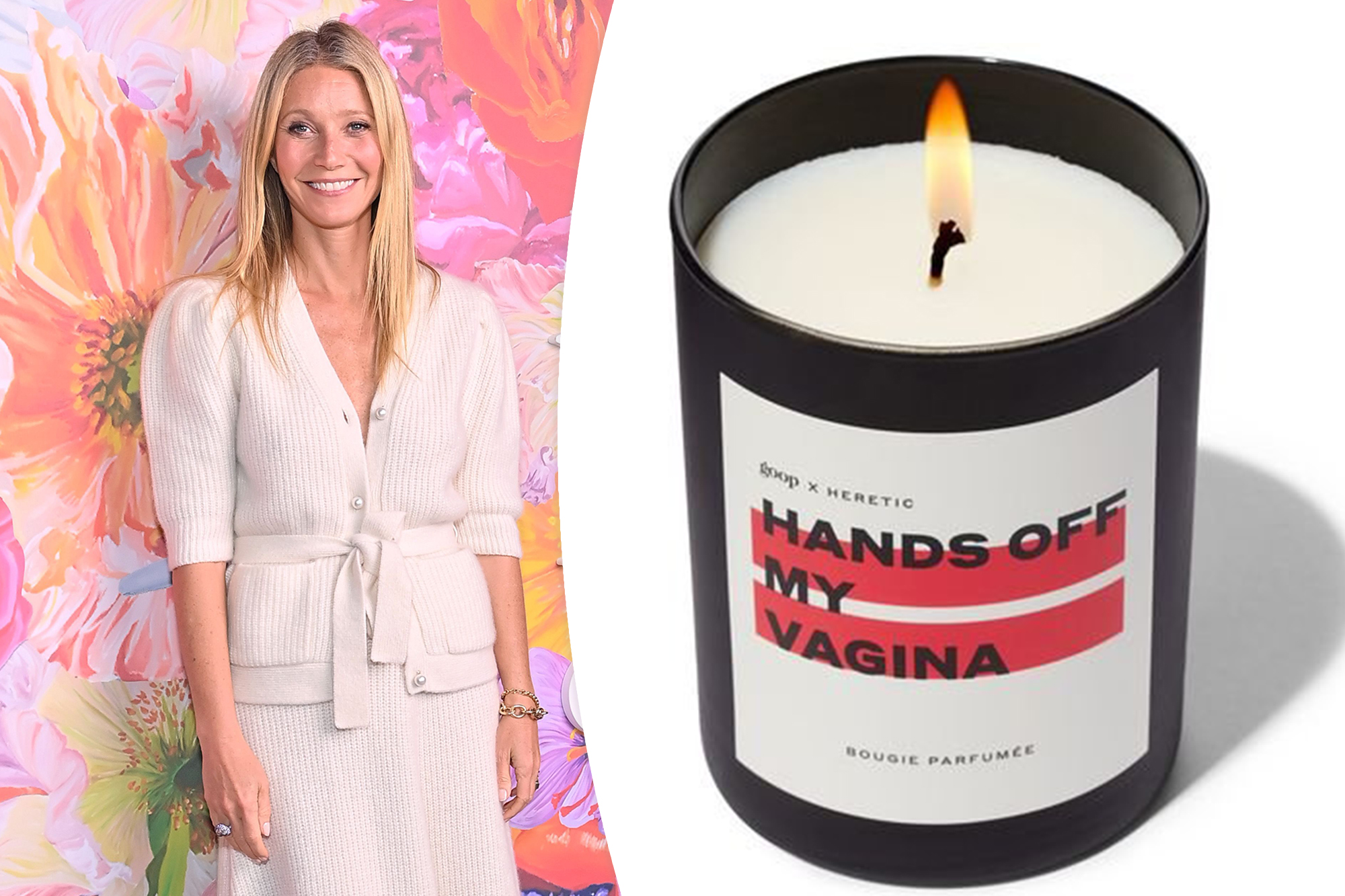 The Goop founder, 49, revealed her new “Hands Off My Vagina” scent on Thursday, once again made in partnership with Heretic perfumer Douglas Little.

The $75 candle features notes of coconut milk and Damascena roses mixed with raw vanilla, hinoki cypress and hints of toasted cacao “for added depth and sensuality,” according to the website.

In honor of the anniversary of Roe v. Wade on January 22, the brand will donate $25 from the sale of each votive to the ACLU Foundation’s Reproductive Freedom Project until the candle sells out or July 1, whichever occurs first.

“The word ‘vagina’ holds a lot of power. And yet, there is a recurring need to say: Hands off. Hands off our vaginas in any context where they’re not invited. Your reproductive organs; your choice,” Paltrow wrote on Instagram.

“This is brilliant! Buying a case… or 3,” commented the star’s friend and fitness guru Tracy Anderson.

Celebrities fans of the OG scent include Elton John — who purchased “a ton” of the provocative candles — as well as Kim Kardashian, to whom Paltrow gifted a personalized version after her divorce from Kanye West was announced.