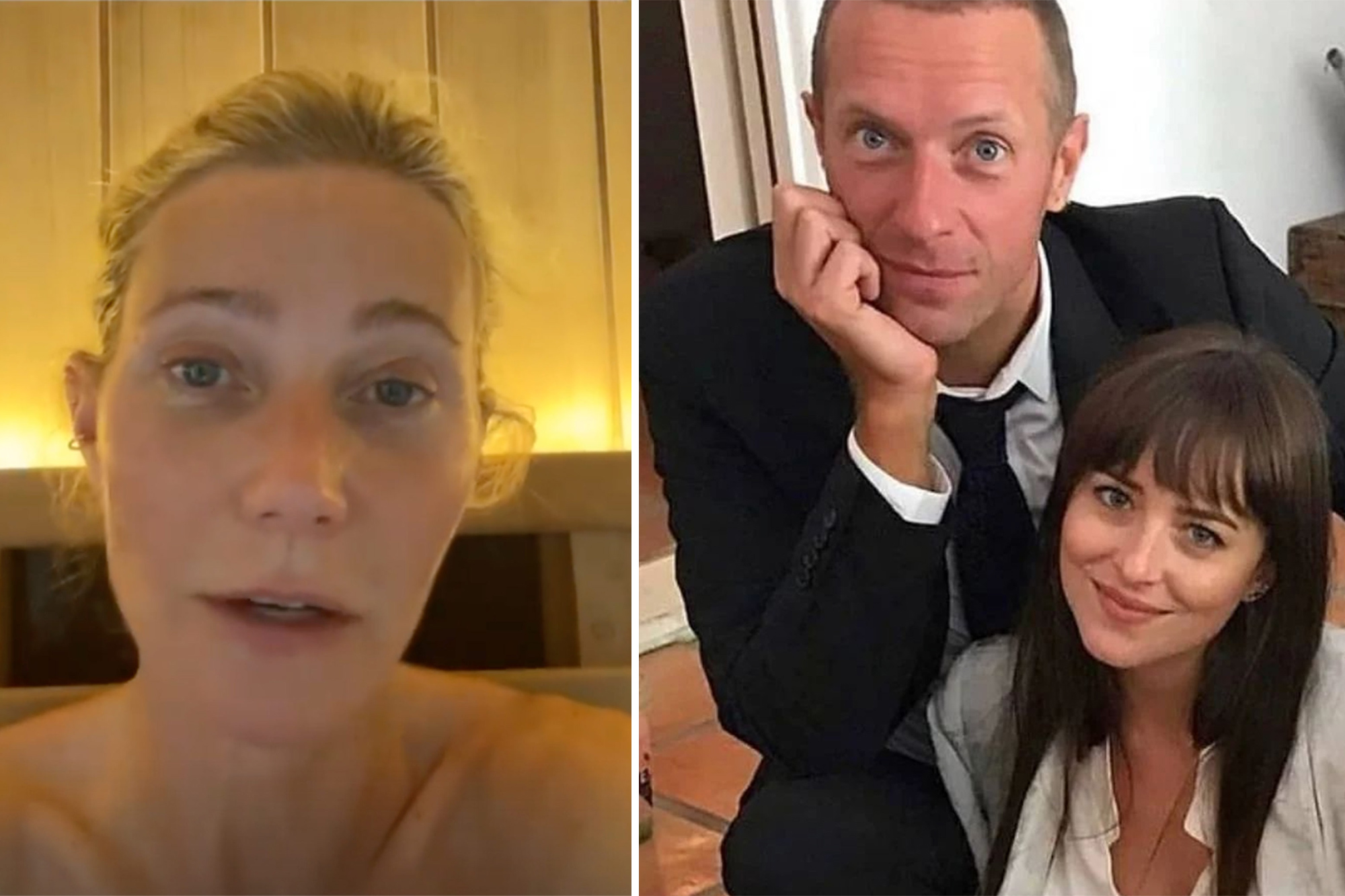 Gwyneth Paltrow revealed how she feels about ex-husband Chris Martin’s current girlfriend, Dakota Johnson, during a fan AMA on Instagram.

One curious fan asked the Oscar winner, 49, if she “loves” Johnson, which prompted her to respond sweetly, “Very much.”

This isn’t the first time Paltrow has indicated her warm feelings for “The Lost Daughter” star, 32.

Last November, the unlikely friends were spotted smiling and chatting at a Gucci fashion show in Los Angeles, and the year before, Johnson joined Paltrow and Martin on a family ski trip to Aspen, where the “How to be Single” actress hung out with the exes’ two kids, Apple and Moses Martin.

Johnson has been dating the Coldplay frontman on and off since January 2018 and currently live together in a $15.5 million Malibu estate. The pair sparked engagement rumors in December 2020 when the “Fifty Shades of Grey” star was spotted wearing a huge emerald ring on her left ring finger.

Paltrow and Martin made the term “conscious uncoupling” famous when they split in 2014.Kevin Mazur

Paltrow, who has referred to her ex-husband as a “brother,” also praised divorce during the fan session.

When someone asked if “you can really move on, after a divorce” she enthusiastically replied, “Oh, absolutely. It’s a great opportunity to get ruthless with the truth of who you really are, what you want, and what you deserve.”