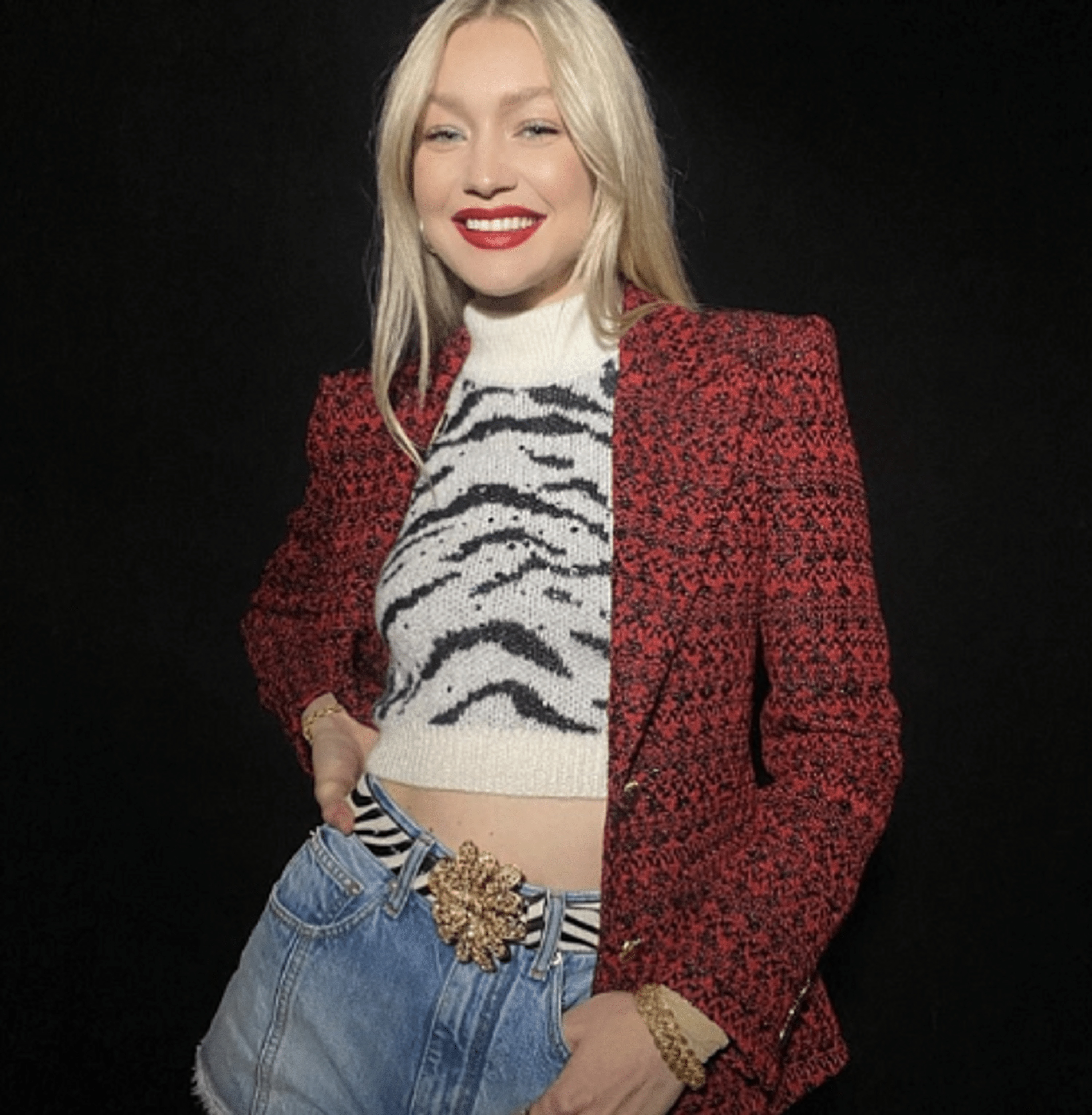 The model starred in a new fashion show. Yesterday, Gigi Hadid posted stunning pictures taken on the set of the new Next in a Fashion show. The image of a young mother was thought out to the smallest detail: a red tweed jacket was ideally combined with blue mini-shorts and echoed with scarlet lipstick, while an animalistic top repeated the print on the belt. It is worth noting Hadid’s golden accessories and shining makeup: a sparkling highlighter shimmered and illuminated her beautiful face under the spotlight. Her platinum tresses cascaded over her shoulders and contrasted well with the hues of the outfit. The 27-year-old model left a message below the post expressing her support for cosmetics company Maybelline’s efforts to raise awareness about mental health. She wrote that she is “proud of the work they’ve done this month for #MayMentalMonth to support those who are anxious or depressed.”

Recall that the show Next In Fashion was canceled by Netflix in 2020, but later it became known that the program would return with a second season. Alexa Chung and Tan France were appointed as the hosts, and Gigi Hadid will also appear in the new episodes of the fashion project. A few days earlier, Zayn Malik’s ex-girlfriend shared some behind-the-scenes snaps on social media of her posing with her co-host and spending some free time in her dressing room. A release date for the second season of Next In Fashion has yet to be announced. The model’s post comes just months after the announcement that she will be appearing in the second season of Next in Fashion. The first season of the show was followed by a group of designers competing against each other in hopes of debuting a collection of costumes on Net-a-Porter. The group also competed for a $ 250,000 prize, which was awarded at the end of the first run of the series.

Julia Fox appeared with bleached eyebrows and a leather coat with an open back
Jennifer Lopez shows off her flawless figure in a mini bikini and what a manicure
We use cookies on our website to give you the most relevant experience by remembering your preferences and repeat visits. By clicking “Accept All”, you consent to the use of ALL the cookies. However, you may visit "Cookie Settings" to provide a controlled consent.
Cookie SettingsAccept All
Manage consent