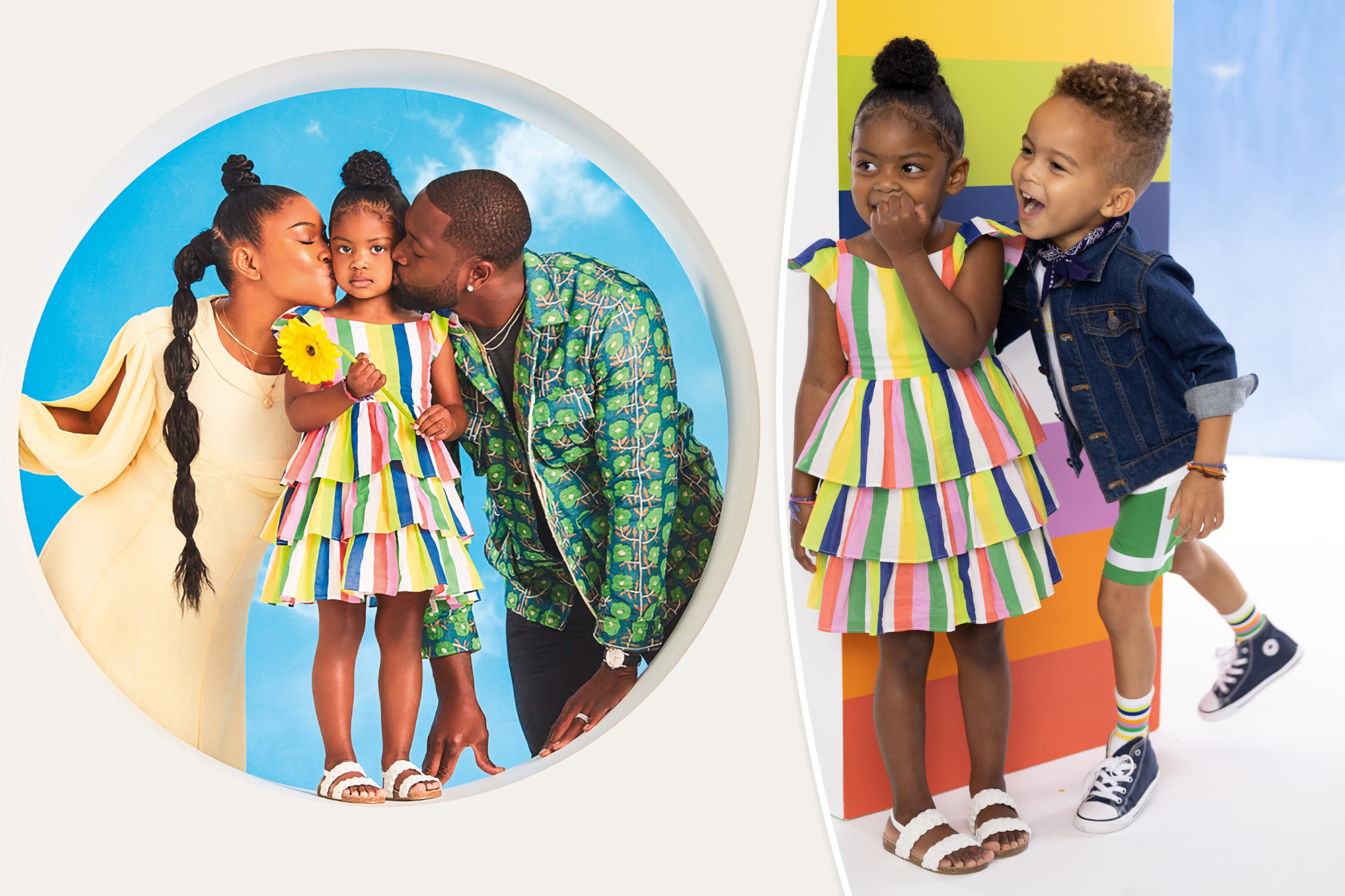 They grow up so fast.

Dwyane Wade and Gabrielle Union’s 3-year-old daughter, Kaavia James, is forging her own path in fashion with a new clothing line in collaboration with Janie and Jack.

While Kaavia may have had some help from her famous parents during the design process, Union told Vanity Fair her toddler’s been into fashion “since she could walk.”

“When we were designing this line, people were like, ‘How does a child participate in the fashion process?’ But when we whittled down our ideas between the Janie and Jack design team and me and my husband, we showed [Kaavia] the French Terry [styles], we showed her the triple-tier ruffles and the prints,” the 49-year-old actress said.

“There were things that we loved that she was like, ‘No.’ And we didn’t force any of it on her. If she didn’t like it, that was it.”

Launching Feb. 2 on Janie and Jack’s website as well as in select stores, the Kaavia James Union-Wade x Janie and Jack collection features tons of bright colors and pays tribute to traditional African prints. Priced from $10.50 to $74, it’ll offer sizes ranging from six months to 18 years.

The toddler stars in the campaign with her parents as well as BFF Crosby Sparrow in matching gender-neutral outfits.Janie and Jack

In addition to inspiring and helping design the line, Kaavia also stars in the campaign alongside dad Wade, 40, and models gender-neutral “best friend forever” sets with BFF Crosby Sparrow, the son of actress Nicole Lyn and basketball player Chad Easterling.

Kaavia has always been a style star, often twinning with her mom and donning designer duds.

“She’s had an obsession with our closets … the shoes and purses. It’s all about accessories in my closet and in Dwyane’s closet,” Union told Vanity Fair. “She literally likes to climb into his racks of clothes.”