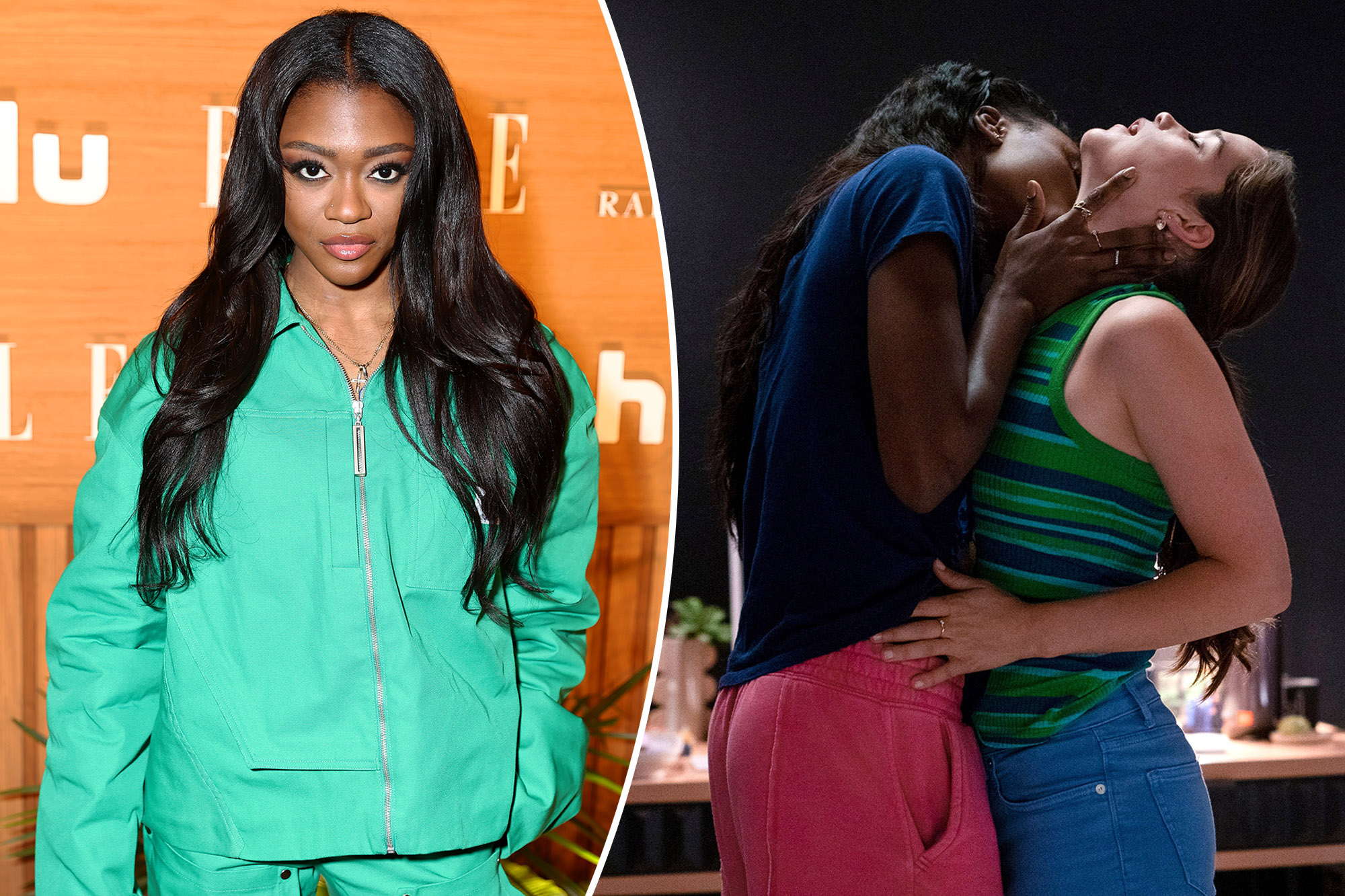 The catch? One is a vampire and the other is a slayer.

“I immediately fell in love with the story of the show in general,” Imani Lewis, 23, who stars as vampire hunter Calliope, told The Post.

“I love strong female characters, I love powerful calculated confident characters, and for her to be from a family of monster hunters, I was like, ‘I have to be part of it.’ The fan support for the show already is bananas. It’s so sweet and funny and warm.”

Premiering Friday (June 10), “First Kill” is based on a short story by V. E. Schwab and follows teenage vampire Juliette (Sarah Catherine Hook, “American Crime Story”), who sets her sights on new girl Calliope (Lewis) when it’s time to make her first kill. It’s a move that will help her come of age in her vampire family, which is helmed by her mom Margot (Elizabeth Mitchell, “Lost”) and dad Sebastian (Will Swenson). Juliette, however, doesn’t realize that Calliope isn’t a regular human — she’s a hunter from a family of monster slayers along with her mother Talia (Aubin Wise) and dad Jack (Jason R. Moore, “The Punisher.”) For her part, Calliope has also been encouraged to make her first kill. Matters become even more complicated when these two enemies who are supposed to kill each other begin to fall for each other.

That last part is how “First Kill” stands out from other entries in the crowded bloodthirsty genre, said Lewis.

“What makes this story unique is that it’s two queer teenage girls. I don’t think we see enough of that,” she said. “And, their fight isn’t with their sexuality, it’s this lineage that they were both born into. I think it’s interesting that they were both trying to prove themselves in obtaining their first kills, but they end up going on this different journey. I think it’s so awesome how it all plays out. It’s really special.”

Lewis, who’s originally from Queens, has previously appeared in series such as “Hightown” and “Flatbush Misdemeanors,” but “First Kill” marks her first time as a lead. That gave her a feeling of kinship with her character, she said.

“I resonate with Calliope in so many different ways,” she said. “I tried to perform her from a place of strength, strategy, diligence. Being a young actress in a game where everything is a hustle, I related to her discipline and her hunger to prove that she’s worthy. I resonate with that feeling in the entertainment world. The character goes through these emotional changes. I love her combat, I love her agility, but I enjoyed them both equally when it came for her journey with herself and figuring out who she was.”

Imani Lewis said she did many of her own stunts playing monster hunter Calliope in “First Kill.” Brian Douglas/Netflix

Lewis consulted other movies and shows in the genre, but she didn’t lean on them too hard, she said.

“I had been taking kickboxing prior to the role, so I felt ready for the action,” she said. “I did a lot of my own stunts. It was so much fun. And I grew up watching movies like ‘Blade.’ That’s definitely at the top of my list [of vampire movies] mostly because he doesn’t start off as a vampire, and I love the aesthetics of it.  Personally, I’m not much of a television viewer but I did watch a little bit of ‘Buffy’ because I heard the comparison.

“But, I wanted to make Calliope her own.”

Johnny Depp eats $62,000 Indian meal to celebrate trial win
Depp lawyer Camille Vasquez and boyfriend Edward Owen get celeb treatment
We use cookies on our website to give you the most relevant experience by remembering your preferences and repeat visits. By clicking “Accept All”, you consent to the use of ALL the cookies. However, you may visit "Cookie Settings" to provide a controlled consent.
Cookie SettingsAccept All
Manage consent