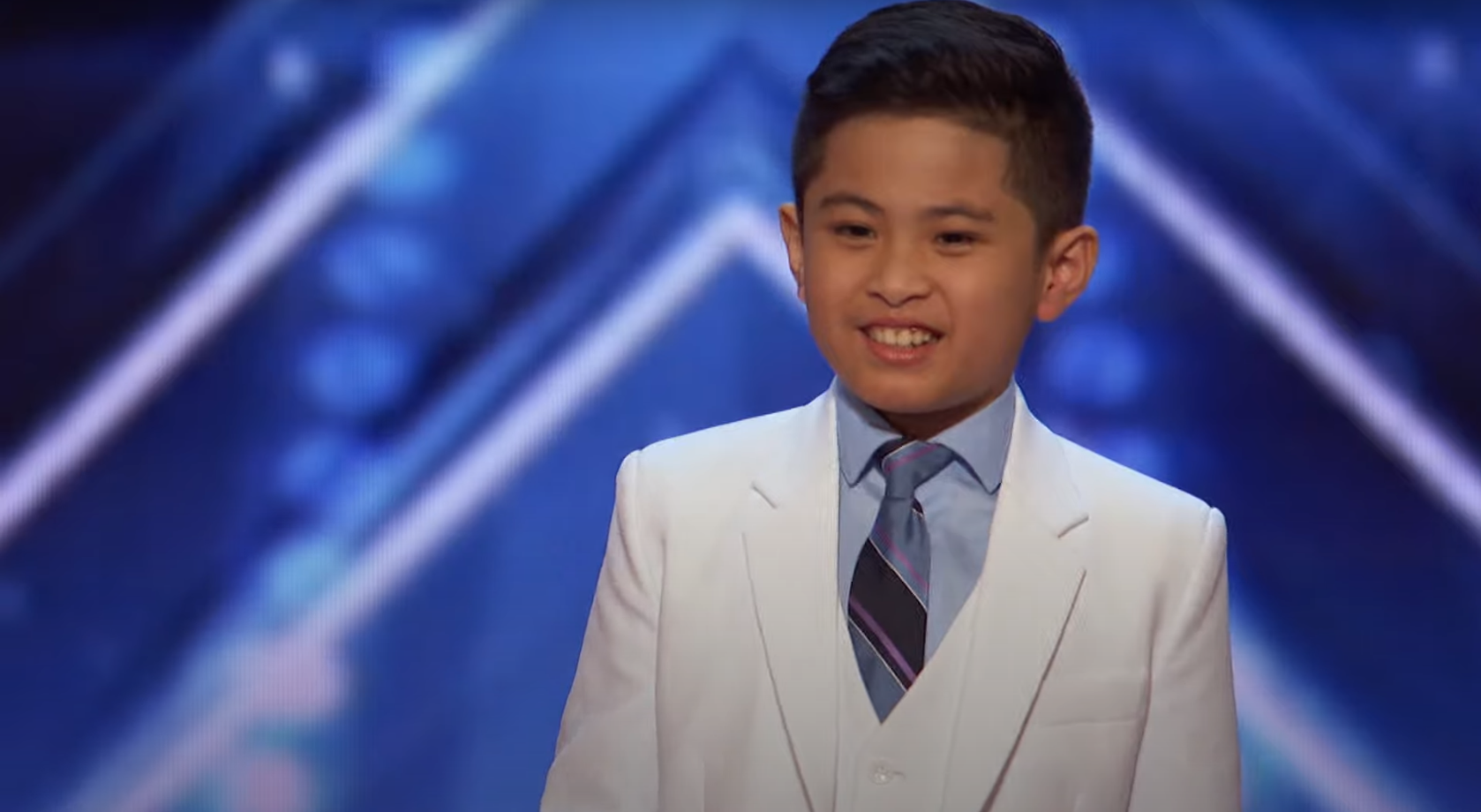 It’s been just reported that the ten-year-old Filipino Peter Rosalita just finished his journey on America’s Got Talent after he was eliminated at the semifinal round. Check out the available details about the subject. The online publication PhilStar.com noted that Peter sang Mariah Carey’s ‘Without You’ but dealt with hiccup at the start of his performance. This unfortunate event required him to start over. The five contestants advancing to the finals are Gina Brillon, Aidan Bryant, Dustin Tavella, Jimmie Herrod and World Taekwondo, as noted by the same online publication. Despite the hiccups, AGT judges commended Peter for a powerful performance. Here’s what Heidi Klum said: ‘Your voice is as powerful as you are adorable. That little hiccup in the very beginning, you’re so young, I probably would have run off the stage but you held it together. You started again. You sounded amazing. Well done.’ Sofia Vergara added the following: ‘What happened at the beginning was amazing because to me, it showed me the command that you have on the stage. You didn’t miss a beat. You knew what you needed to do, and here you are.’ Simon Cowell echoed his fellow judges, and he also made sure to say he loved Peter’s performance. ‘The fact that you knew that you missed the intro, you took control. We are a live show but, ‘You know what, let’s start again.’ I’m thinking, good for you! And then you delivered that amazing vocal.’ Someone commented: ‘Peter misses his entrance. Starts again. He’s so comfortable. Was unbothered. His big strength is in those clear, piercing high notes and he is such a showman. Phenomenal! – So You Wanna Be A Singer.’ Another person on YouTube said: ‘Omg that facial expressions he made and commanding gestures while he is singing, it’s like he showered his emotions to the song. Bravo bravo bravo! 👏🏽👏🏽👏🏽❤️FYI and he’s 10.’ A follower posted this: ‘Peter’s performance is very captivating! The arrangement of the song is perfect for competition.The high notes are incredible and he interprets the song with passion. EXCELLENT RENDITION!😊’ Stay tuned for more news.