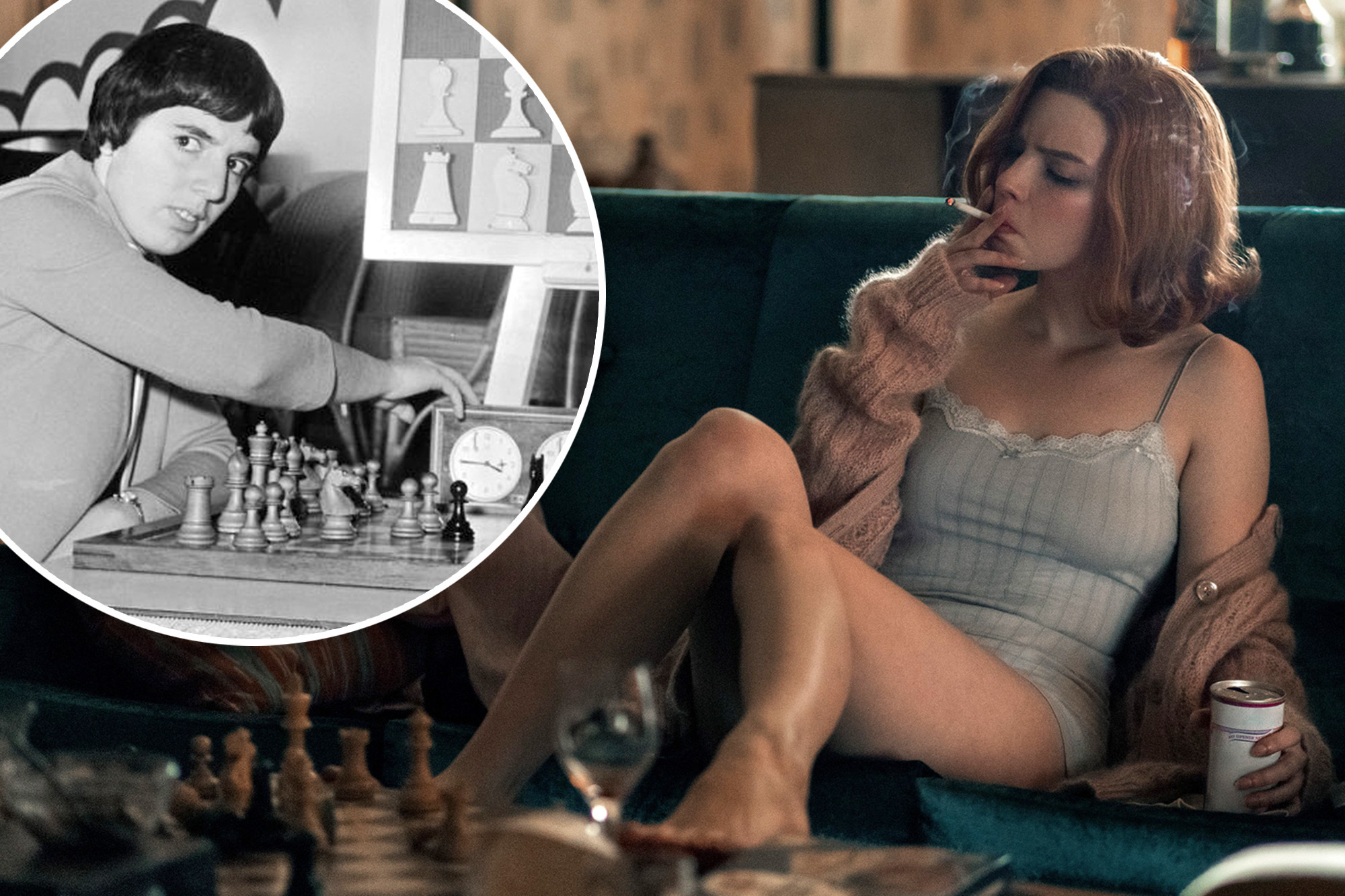 On Thursday, a California judge upheld a $5 million defamation lawsuit filed by Soviet-era chess grandmaster Nona Gaprindashvili against the streaming service for her allegedly “grossly sexist and belittling” and “false” depiction in “The Queen’s Gambit,” Variety reported.

Gaprindashvili, an 80-year-old Georgia native and the game’s first female grandmaster, is referenced in the show as not having ever played a male opponent — whereas she actually faced upwards of 59 men by the show’s 1968 setting. She even played against 28 men at once.

“There’s Nona Gaprindashvili, but she’s the female world champion and has never faced men,” an announcer says in the series as Anya Taylor Joy’s character Beth Harmon squares off against Vasily Borgov (Marcin Dorociński) in the finale of the gender barrier-busting show’s sole season.

“Netflix brazenly and deliberately lied about Gaprindashvili’s achievements for the cheap and cynical purpose of ‘heightening the drama’ by making it appear that its fictional hero had managed to do what no other woman, including Gaprindashvili, had done,” her suit against the media titan accused.

Nona Gaprindashvili played dozens of men throughout her chess career in the USSR. She’s portrayed as not having faced a male opponent in “The Queen’s Gambit.”Getty Images

Despite an abundance of photo evidence, Netflix was reported to have used two chess experts to get Gaprindashvili’s story right and did not mean to “disparage” with the portrayal. Netflix also tried to have the lawsuit tossed by arguing “The Queen’s Gambit” is a work of fiction and is protected by the First Amendment, according to Variety.

Previously, the company claimed that the grandmaster’s gripe “has no merit” and they would “vigorously defend the case.”

Gaprindashvili is suing Netflix for $5 million over her portrayal in “The Queen’s Gambit.”REUTERS

But Netflix’s argument wasn’t enough for the courts. US District Judge Virginia A. Phillips refused to dismiss the suit last September.

“The fact that the Series was a fictional work does not insulate Netflix from liability for defamation if all the elements of defamation are otherwise present,” Phillips wrote.

“An average viewer easily could interpret the line, as [Gaprindashvili] contends, as ‘disparaging the accomplishments of [herself]’ and ‘carr[ying] the stigma that women bear a badge of inferiority’ that fictional American woman Harmon, but not [Gaprindashvili], could overcome … at the very least, the line is dismissive of the accomplishments central to [her] reputation.”

Phillips also shot through Netflix’s argument that the show’s disclaimer — which states “the characters and events depicted in this program are fictitious. No depiction of actual persons or events is intended” — would get them off the hook, per Variety.

“In context, therefore, Netflix ‘creat[ed] the impression that [it] was asserting objective facts,’” she wrote, saying that Gaprindashvili “sufficiently pleads falsity because the line is ‘reasonably susceptible of an interpretation which implies a provably false assertion of fact.’”

In addition to her chess accomplishments, Gaprindashvili also held political office in the USSR.AFP via Getty Images

She served multiple times in the Georgian parliament under the former USSR and was honored by her nation with the Order of Excellence in 2015. There is also a perfume called “Nona” named after the female trailblazer — and it’s made in the shape of a queen chess piece.

Gaprindashvili alleged that she “confronted” Netflix when the show aired and “demanded a public statement acknowledging the falsity of the statement, an apology, and a retraction.”

She was allegedly met with “extraordinary hubris” from Netflix.

“This arrogant refusal to take responsibility for [the show’s] actions was shockingly tone-deaf, given the sexism and offensiveness of its lie,” her suit claims. “Netflix humiliated the one real woman trail blazer who had actually faced and defeated men on the world stage in the same era.”

In addition to the $5 million, she is seeking $75,000 for missed business opportunities.

The life and times of Gaprindashvili are also depicted in a 2020 documentary in which she starred, titled “Glory to the Queen.” It tells the story of herself and other female chess standouts during Cold War times in the Soviet Union.

In March, plans to turn “The Queen’s Gambit” into a Broadway musical were revealed after the production company behind “Jagged Little Pill” bought the rights to Walter Tevis’ 1983 novel that the show is based on.