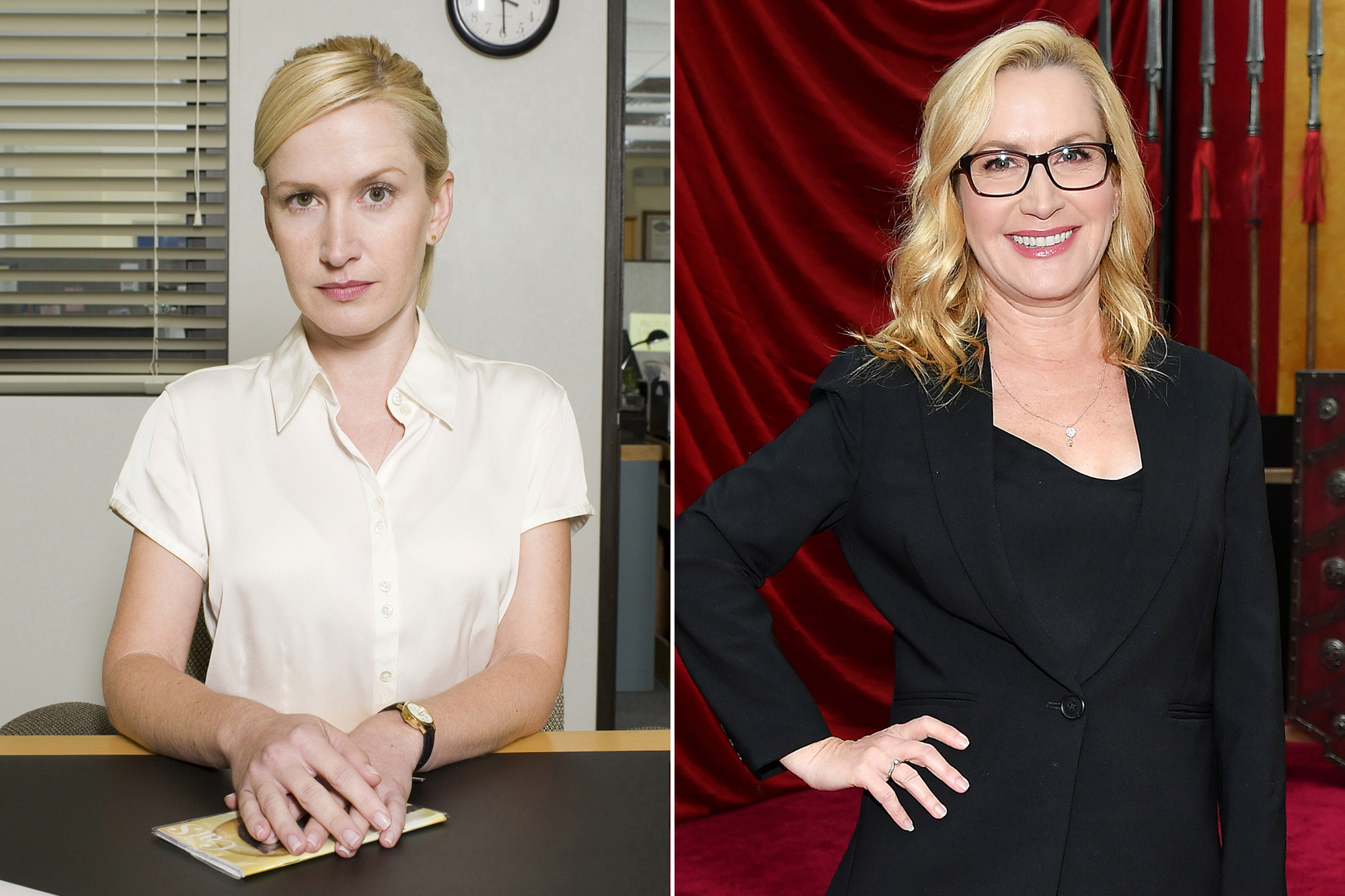 “In real life, I’m super chatty,” the actress, who starred as sourpuss Angela Martin in all nine seasons of “The Office,” exclusively tells Page Six. “I love to talk anyone up, but people would see me and not approach me.”

Kinsey remembers traveling once with Brian Baumgartner, who played the lovably hapless Kevin Malone on the NBC sitcom, only to have everyone delightedly yell, “Kevin!” when they saw him.

Kinsey, who hosts the “Office Ladies” podcast with former co-star Jenna Fischer, admits that “after nine years of having a resting bitch face,” her features sometimes revert back — much to the consternation of her husband, Joshua Snyder, who in turn thinks something is wrong.

Kinsey and Snyder, 44, have their own YouTube cooking show called “Baking with Josh and Ange,” where the couple make fun and family-friendly recipes.

Kinsey and husband Joshua Snyder have a cooking channel on YouTube.YouTube

“I think our whole motto for our channel is, ‘If we can do it, you can do it’ because we’re self-taught and definitely if I can do any of them, you can,” Kinsey says with a laugh.

For the upcoming Super Bowl, the pair — who married in November 2016 and have three combined children from previous marriages — have teamed up with The Paper & Packaging Board to highlight the benefits of using paper on the big game night.

The two are clearly in sync in the kitchen — except for one glaring issue: how to load the dishwasher.

“This is what you need to know about Josh,” Kinsey says. “He approaches the dishwasher like a master game of, like, ‘Tetris’ where everything fits in a specific way, and I just kinda lump it all in there, and it makes him crazy.

Kinsey and Jenna Fischer host a podcast that breaks down every episode of “The Office.”angelakinsey/Instagram

Snyder, however, is quick to defend his dishwasher dexterity, explaining to us that “not only does it not get as clean” when their dishes are unorganized, but it also “makes a difference when you’re putting the dishes away.”

Working with The Paper & Packaging Board seems to be the perfect fit, as Kinsey spent nearly a decade scowling and sneaking off for trysts with Dwight Schrute (Rainn Wilson) for the fictitious paper company Dunder Mifflin.

The Louisiana native says she loved being part of a couple who were the polar opposite of the fan favorites Jim Halpert (John Krasinski) and Pam Beesly (Jenna Fischer).

Dwight and Angela had a long on-again, off-again relationship on “The Office.”NBCUniversal via Getty Images

“Rainn and I used to crack up because Jenna and John as Jim and Pam would get press, it would be like, ‘Oh, Jim and Pam, this week they’re getting engaged on ‘The Office.’ And everyone would be like on the comment board, ‘Oh, I can’t wait. Jim and Pam, yay!’