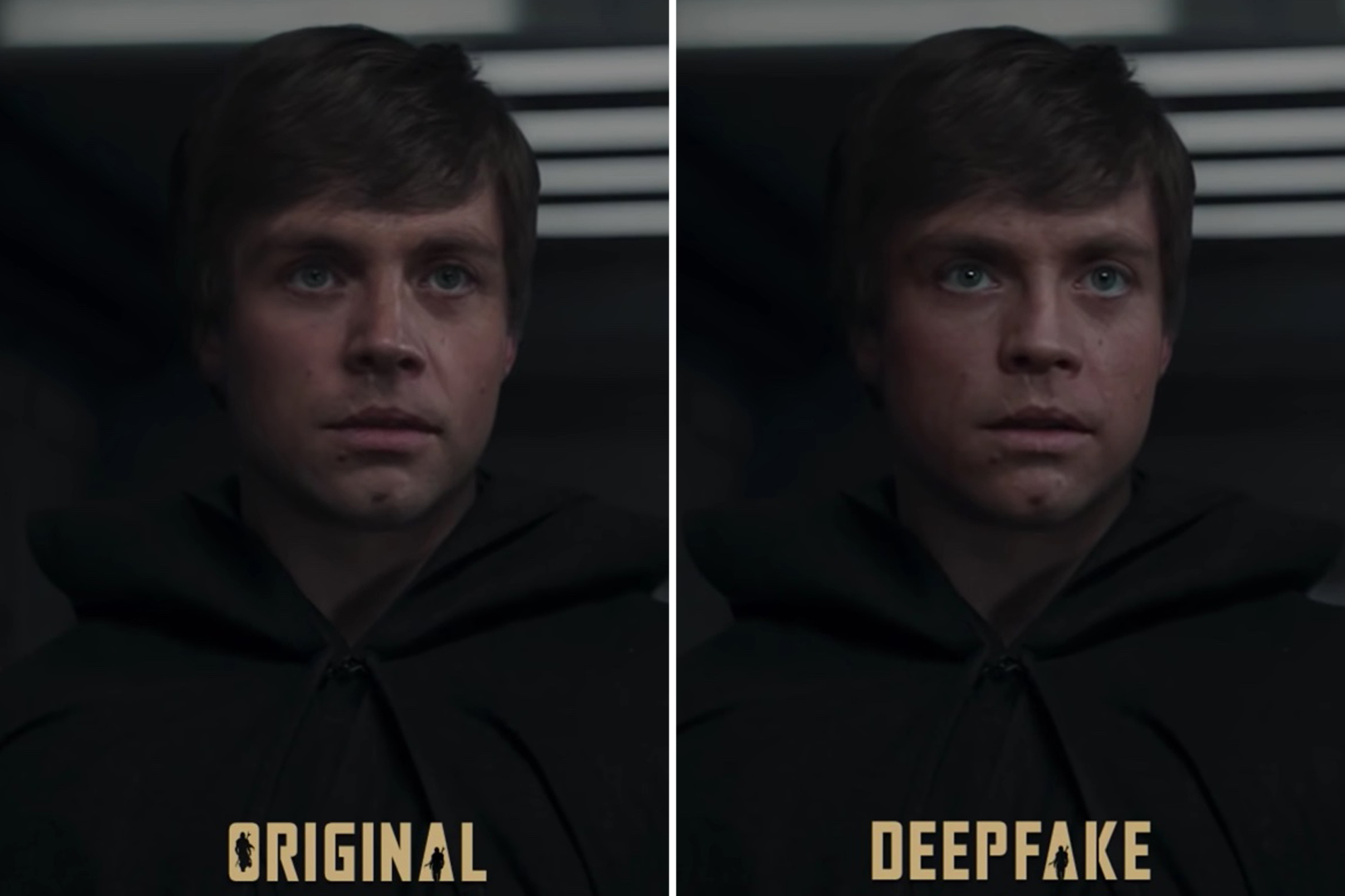 The force is strong with this one.

A YouTuber, after going viral for impeccably remastering and recreating “Star Wars” scenes with “deepfake” editing software, was hired by Lucasfilm’s Industrial Light & Magic, according to The Wrap. His jaw-dropping clips first came out last summer — and it didn’t take long for fans to notice.

Diehards across the galaxy suspect that the man, known only by the username “Shamook,” is responsible for a noticeable improvement in the computer-generated imagery featured in “The Book of Boba Fett” compared to that from “The Mandalorian” in late 2020.

Shamook, who got the CGI job thanks to the popular videos he created of enhanced “Star Wars” characters like Luke Skywalker (Mark Hamill), Obi-Wan Kenobi (Ewan McGregor/Sir Alec Guinness,) and Han Solo (Harrison Ford/Alden Ehrenreich), was especially known for the touch-ups on Luke in the Season 2 finale of “The Mandalorian.”

The connection caused fans to speculate that Shamook was the reason why the de-aged Skywalker appeared noticeably more lifelike during yesterday’s cameo-filled “Boba Fett” episode, compared to how he looked in “The Mandalorian.”

“It looked like Shamook’s work on “The Book of Boba Fett” Ep. 6. Whoever did it — it looked great. The possibilities are endless,” @brettwb posted on Twitter.

“Shamook might be one of the most sought after talents in Hollywood after this episode,” @jrkisbad wrote.

It’s genuinely blown my mind how far deepfake and CGI technology has come. I’m still processing the fact that I’m seeing Mark Hamill from 1983 in a 2021 show at it looks almost indistinguishable from reality. pic.twitter.com/O7hqD5nzgK— Tom O’Brien (@TommyOB24) February 2, 2022

But what exactly is “deepfaking” anyway?

Shamook has been kind enough to explain the technique in the captions of his YouTube videos, such as one where he spliced McGregor’s face onto Guinness’ body in the original “Star Wars.”

“Deepfakes are synthetic media in which a person in an existing image or video is replaced with someone else’s likeness leveraging powerful techniques from machine learning and artificial intelligence,” he wrote.

Shamook also pays it forward on his YouTube channel by linking to the programs and files he used to create these impeccable AI “deepfakes.”

He works with a software called “Deepface Lab,” which incorporates state-of-the-art technology that can essentially swap out any person’s facial biometrics without noticeable awkwardness through the advance computer graphics.

It can be used for de-aging, full on head replacements — and even lip manipulation to change a person’s words, the software advertises.

While Shamook’s “Star Wars” videos may have landed him a job with Lucasfilm, he still actively tinkers with plenty of other movie franchises and posts the results, to the delight of his 121,000 subscribers.

He’s put Will Smith into “The Matrix,” John Krasinski into “Guardians of The Galaxy” and Tom Cruise into “Iron Man” in addition to several more seamless, mind blowing substitutions.

“The Book of Boba Fett” has been praised for its CGI.Lucasfilm/Disney+

Shamook also tapped into the past few months of “Spider-Man” hysteria, swapping out the faces of Tom Holland, Tobey Maguire and Andrew Garfield with one another in a few separate and unbelievably real-seeming videos.

Although the re-animations appear flawless, Shamook admitted that often there is very little to be done about re-voicing the many characters.

“Unfortunately there isn’t much I can do to improve the animation/mouth syncing,” he wrote on the Skywalker video.