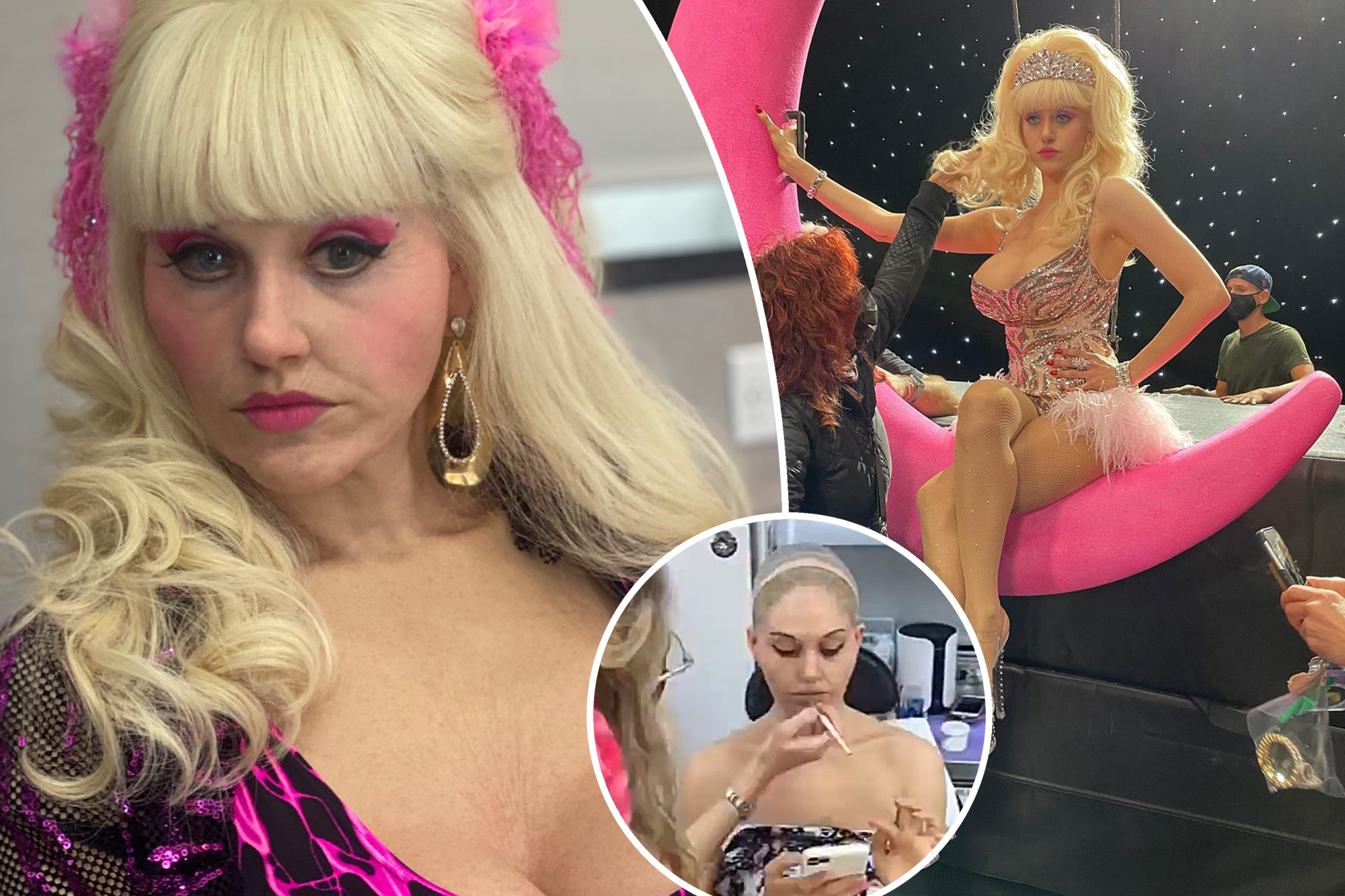 It takes a village to transform Emmy Rossum into Angelyne.

Mekash explained that the process took a whopping five hours, calling the pink style “one of the many looks for Angelyne,” as well as “one of the most challenging,” and “my favorite of her looks!” tagging the rest of the special effects, hair and makeup team.

In the video, Rossum, 35, looks nothing like her all-natural “Shameless” character Fiona Gallagher. Instead, the mom of one wears three-pound fake breasts, a layer of prosthetics, a teased blond wig, bleached brows and unrecognizable heavy makeup.

Rossum’s husband Sam Esmail, an executive producer on the project, called his wife’s makeover “kind of eerie.” Esmail told The Hollywood Reporter, “When I say that there are times where I did not recognize her because she was lost in this person, I really mean it.”

“The Phantom of the Opera” star told THR her character’s heavy 3-pound fake breasts gave her blisters. And proving that beauty is pain, she suffered tear duct issues from wearing two pairs of special contact lenses and heavy eye makeup.

“The Phantom of the Opera” star looked unrecognizable after five hours in the makeup chair. mikemekash/Instagram

Peacock describes Angelyne as “the self-proclaimed Rorschach test in pink,” who became famous for taking “over Los Angeles billboards in the mid-1980s as an enigmatic blonde bombshell, ushering in the era of famous-for-being-famous influencer culture.”

The makeover for the role was so intense that Emmy Rossum’s husband didn’t recognize her. mikemekash/Instagram

Delilah Belle Hamlin talks working with Lisa Rinna on lip kit
Kate Middleton’s mom borrowed her daughter’s dress from Ascot
We use cookies on our website to give you the most relevant experience by remembering your preferences and repeat visits. By clicking “Accept All”, you consent to the use of ALL the cookies. However, you may visit "Cookie Settings" to provide a controlled consent.
Cookie SettingsAccept All
Manage consent