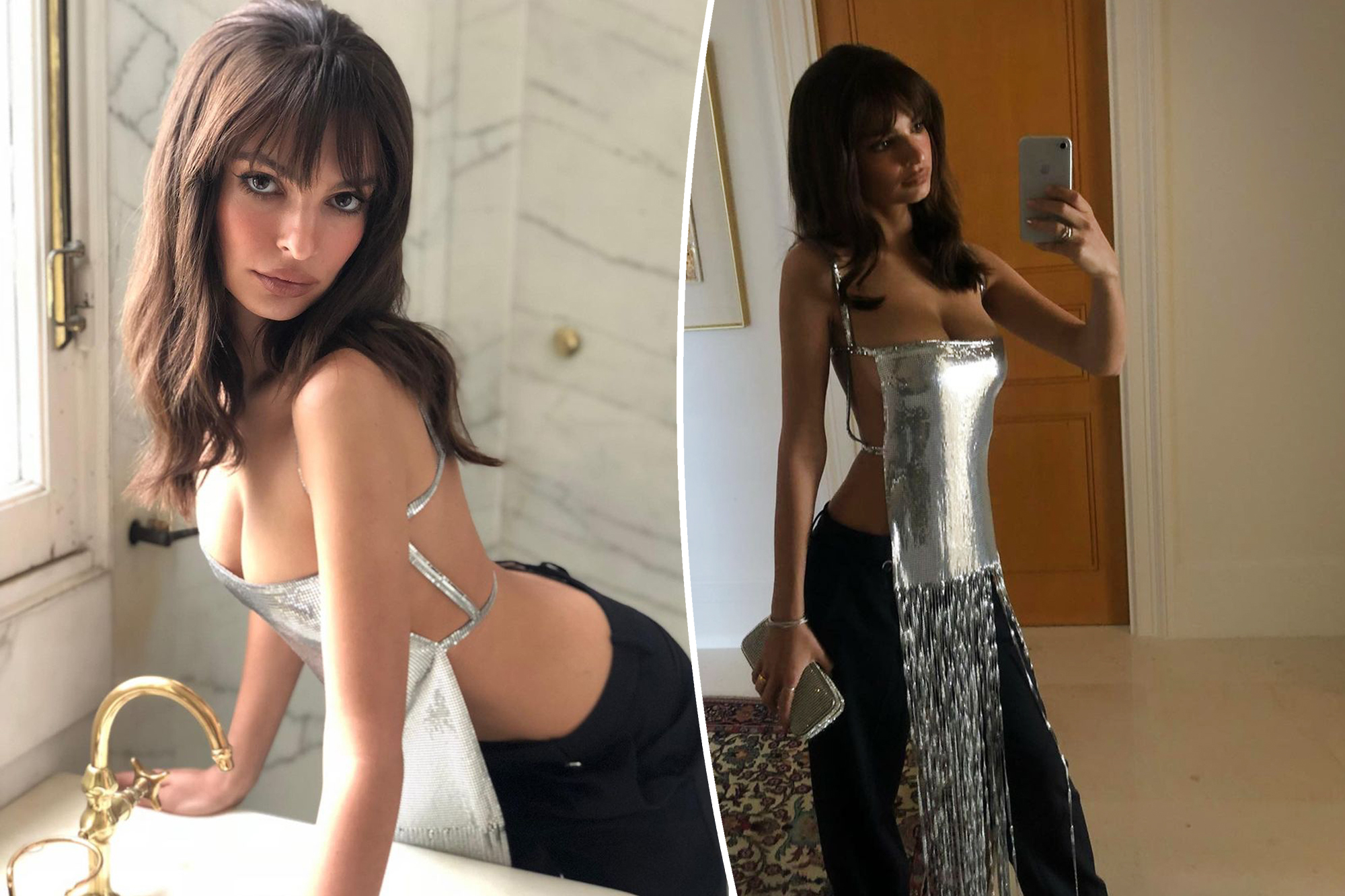 Emily Ratajkowski returned to Instagram Sunday after a weeks-long hiatus to reveal her bombshell New Year’s outfit, which included her hair cut into blunt bangs and a bouffant style.

She wore a stunning silver sequin top with long fringe cascading down to the floor along with black pants and sparkling accessories to complete the look.

It isn’t the first time the model, 30, has switched up her hair.

In June 2020, Ratajkowski made a dramatic change by dyeing her brown hair platinum blond in partnership with haircare brand Kérastase.

The model returned to Instagram after a nearly monthlong hiatus to debut the bombshell look.emrata/Instagram

The transformation was short-lived, however, as the bikini designer went back to her famous brunette locks a month later while pregnant with her son, Sylvester.

It’s unclear where exactly Ratajkowski rang in 2022, but she did acknowledge her absence from social media, saying she was busy “being a mom and working.”

Ratajkowski did not have bangs when she stepped out in November.GC Images

Sylvester is Ratajkowski’s first child with her husband, Sebastian Bear-McClard, whom she married in February 2018 after a whirlwind romance.