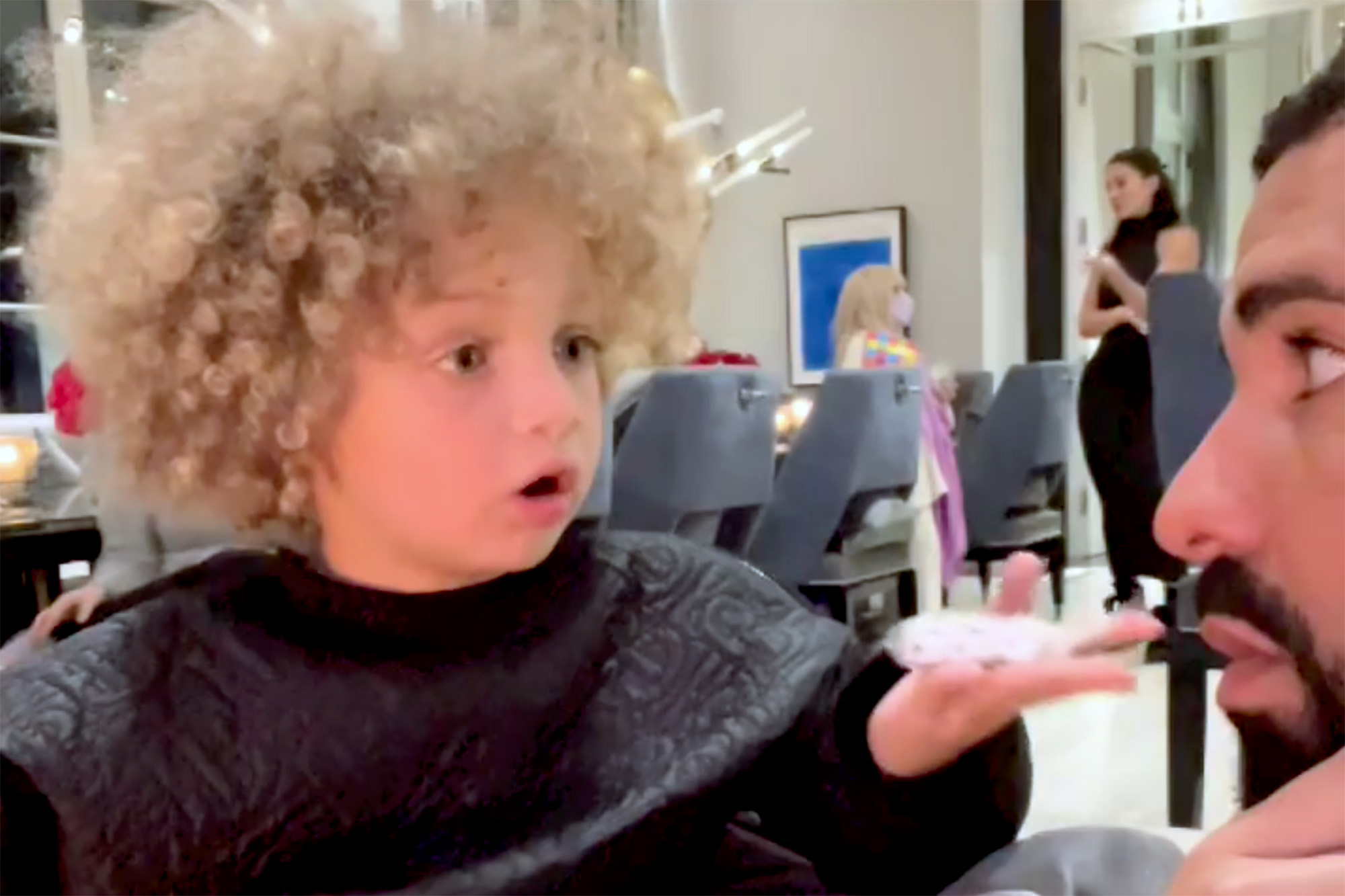 Drake’s mini-me is already a wordsmith.

The rapper’s 4-year-old son, Adonis, was seen practicing his French skills in an adorable new clip shared to Drake’s Instagram.

At the beginning of the video, Adonis asked his dad, “Are you going to be much bigger than me?” to which the “God’s Plan” hitmaker responded, “I don’t think so, you’re pretty tall.”

Drake, 35, then asked his son if he thinks he’ll be taller than than him one day.

“Yeah! I’m gonna be, like, old,” Adonis quipped, before asking Drake if he wanted to learn some “en français.”

“Yes, please,” he replied, as Adonis said a series of phrases in French, which he likely learned from his mother, Sophie Brussaux, who hails from France.

The father-son duo were seen bonding in the adorable clip.Instagram

“I said, ‘When you’re older, you’re all broken, and you’re gonna turn back into space,’” Adonis explained, following the sweet father-son bonding moment.

“Is that really what you said or are you just making stuff up?” the “One Dance” rapper asked, while little Adonis giggled. “You’re a funny guy,” the Canadian crooner added.

Drake welcomed his only son, whom he shares with Sophie Brussaux, in October 2017.WireImage

Drake shares Adonis with Brussaux, who is an artist and former adult film star. He first confirmed he had fathered a child with her in lyrics from his 2018 album “Scorpion.”

The rapper showered her with gifts, including two Birkin bags, sources told us, after he slid into her Instagram DMs.

Insiders revealed they met up in New York in February 2020, and continued their whirlwind romance when Fox flew to Los Angeles later that month.

“Then she went to [his hometown] Toronto to stay with him. [But] they were closing the border [between Canada and the US], and she had to get back home,” a source told Page Six, referencing their time was cut short due to the beginning of the COVID-19 pandemic.

Fox, 31, started dating West, 44, after they met in Miami for New Year’s Eve. Ever since, the two haven’t been shy about putting their romance on full display – both in public and on social media.