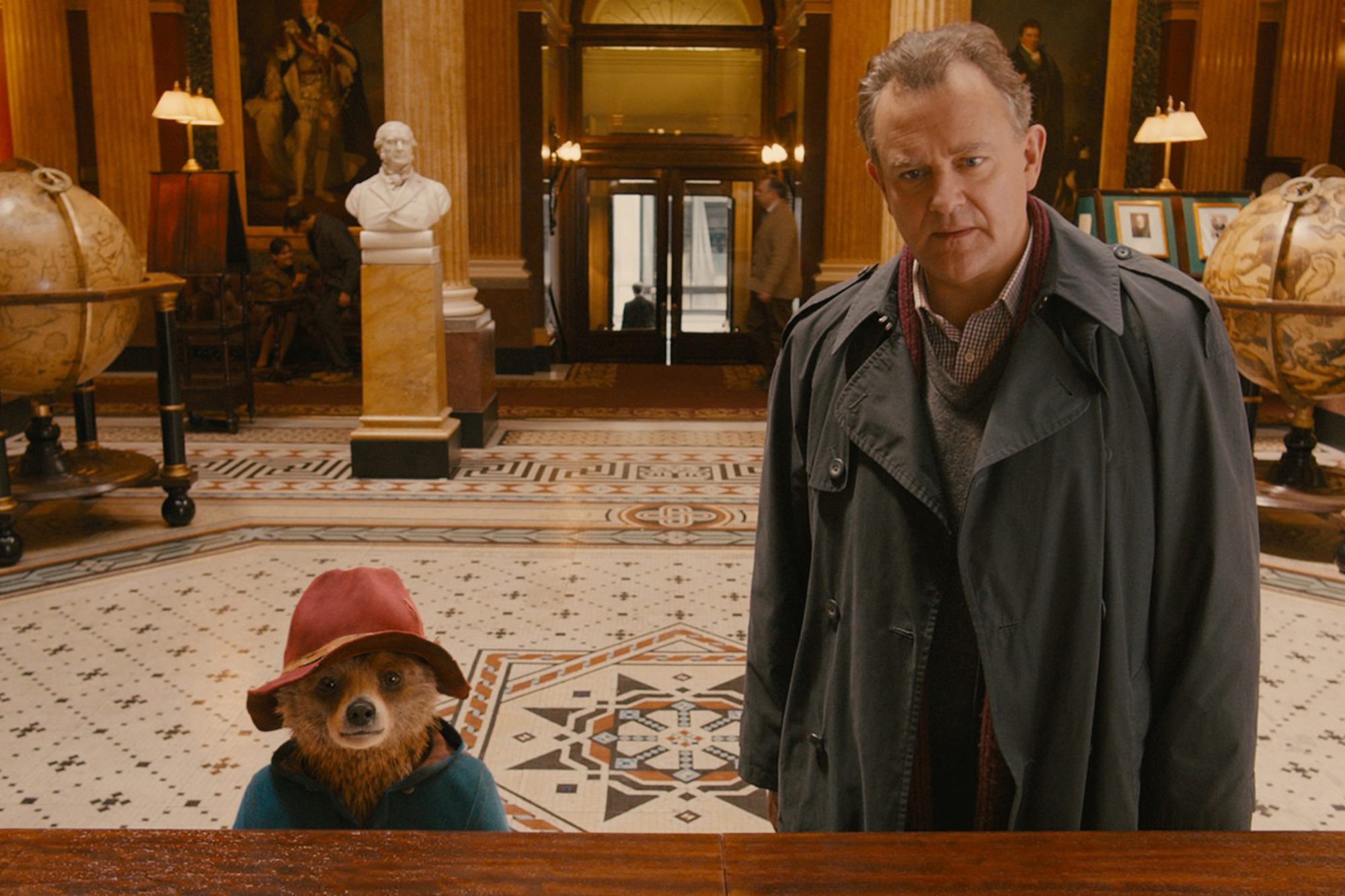 Paddington Bear made a surprise cameo alongside Queen Elizabeth in a special skit marking her Platinum Jubilee over the weekend.

After the pair snacked on tea and marmalade sandwiches in a two-minute video, the British teddy is now being called out by “Downton Abbey” star Hugh Bonneville.

Bonneville, 58, — who played Henry Brown in the “Paddington” films — jokingly accused the bear of stealing utensils from the 96-year-old monarch.

The children’s literary icon denied any wrongdoing, tweeting back: “I’m sorry I don’t. Mrs Bird has suggested that you might like to ask Simon Farnaby.”

Farnaby, 49, made an appearance in the “Paddington” movies as a security guard and also starred in the Jubilee sketch as a Buckingham Palace footman.

I’m sorry I don’t. Mrs Bird has suggested that you might like to ask @simonfarnaby— Paddington (@paddingtonbear) June 5, 2022

The skit showed Paddington (voiced by Ben Whishaw) having afternoon tea with the Queen and presenting her with a jam sandwich from his trademark red hat.

“I always keep one for emergencies,” the bear explained in the clip. The sovereign replied, “So do I,” while pulling out a marmalade snack from her handbag. “I keep mine in here…for later,” she quipped.

The footman then walked over to the palace windows to see the loving crowds waving flags and shouting their admiration for the Queen.

Paddington politely tipped his hat and congratulated the ruler on her 70 years on the throne, warmly adding: “Thank you for everything.”

Depp lawyer Camille Vasquez and boyfriend Edward Owen get celeb treatment
The personal trainer of Khloe Kardashian, who has lost a lot of weight, spoke about her daily workouts
We use cookies on our website to give you the most relevant experience by remembering your preferences and repeat visits. By clicking “Accept All”, you consent to the use of ALL the cookies. However, you may visit "Cookie Settings" to provide a controlled consent.
Cookie SettingsAccept All
Manage consent