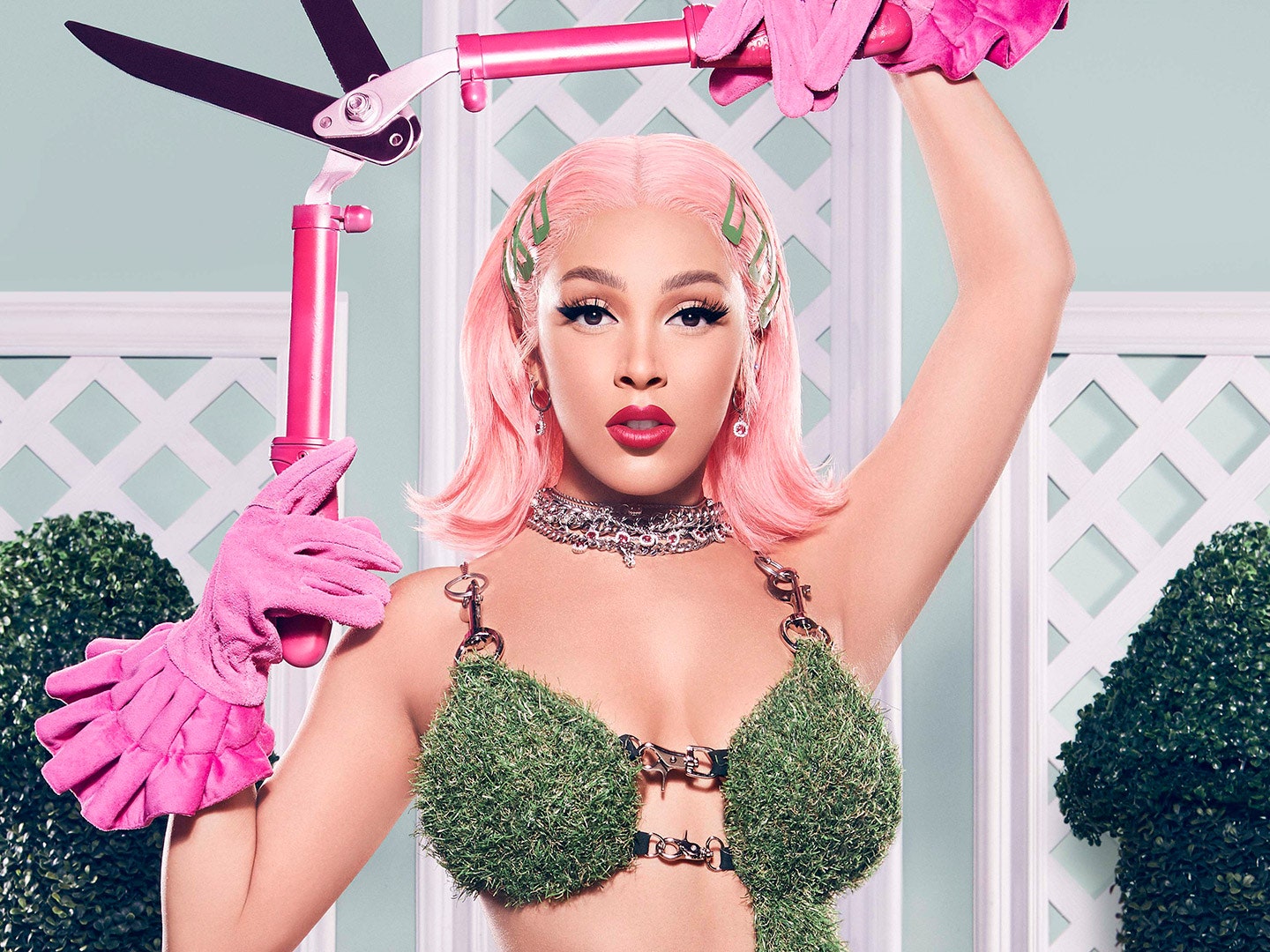 Doja cat just won the R&B category and social media reacts. Check out the post that The Shade Room shared on social media. ‘Social media seems to be a bit confused, after it was announced that #DojaCat won ‘Favorite R&B Album’ at the #AMAs. People appear to be perplexed that #JazmineSullivan didn’t win the awards in that category. Many are also questioning if Doja is a pop or R&B star,’ TSR notes.

Someone said: ‘How did the only non R&B artist on the list win the award ?!?!’ and a commenter posted this: ‘My issue is KANYE taking BEST GOSPEL like how dare y’all disrespect TASHA COBBS like that …. Let them ppl have they SECTION!’ A follower said: ‘They should have voted for her then,’ and a commenter posted this: ‘Doja has had stupidly big year. Doja of course is not a better RnB artist than Jazmine Sullivan but these award shows alot of the time ain’t based on whose the best. It’s based on who sells the most. #facts !’

Someone else said: ‘These are popularity competitions. Jazmine has been out for years and finally got recognition this year. Doha is a good artist as well but she’s more popular. Both ladies are talented though!’ A commenter posetd this: ‘Or definitely HER. Awards are never by popularity but by politics.’ A follower said: ‘This why I don’t get into award shows. Always some funny shit going on. Knowing daymn well Doja not a lick of R&B. Sad asf.’ At the beginning of this year, according to Hot New Hip Hop, Azealia Banks  has tried her hardest over the last week to get into a feud with two of rap music’s most successful female artists at the moment, notably, Doja Cat and Megan Thee Stallion, the former of which Banks had called “fat and disgusting.” As it was previously reported, Banks was all over the headlines after it was claimed that she had boiled the  remains of her cat who had been dead for four months.  Banks then sparked controversy when she called Doja “fat and disgusting” repeatedly on her IG. Banks had some words for Megan Thee Stallion, as well. For the most part, the reaction from her fans and followers was overwhelmingly negative, mostly because it seemed like Banks was just coming after the both of them from either a place of insecurity or the need for clout. Banks took to her IG again to tell off her haters, saying how she was entitled to say whatever she wanted about two of the biggest female rappers. Stay tuned for more news.