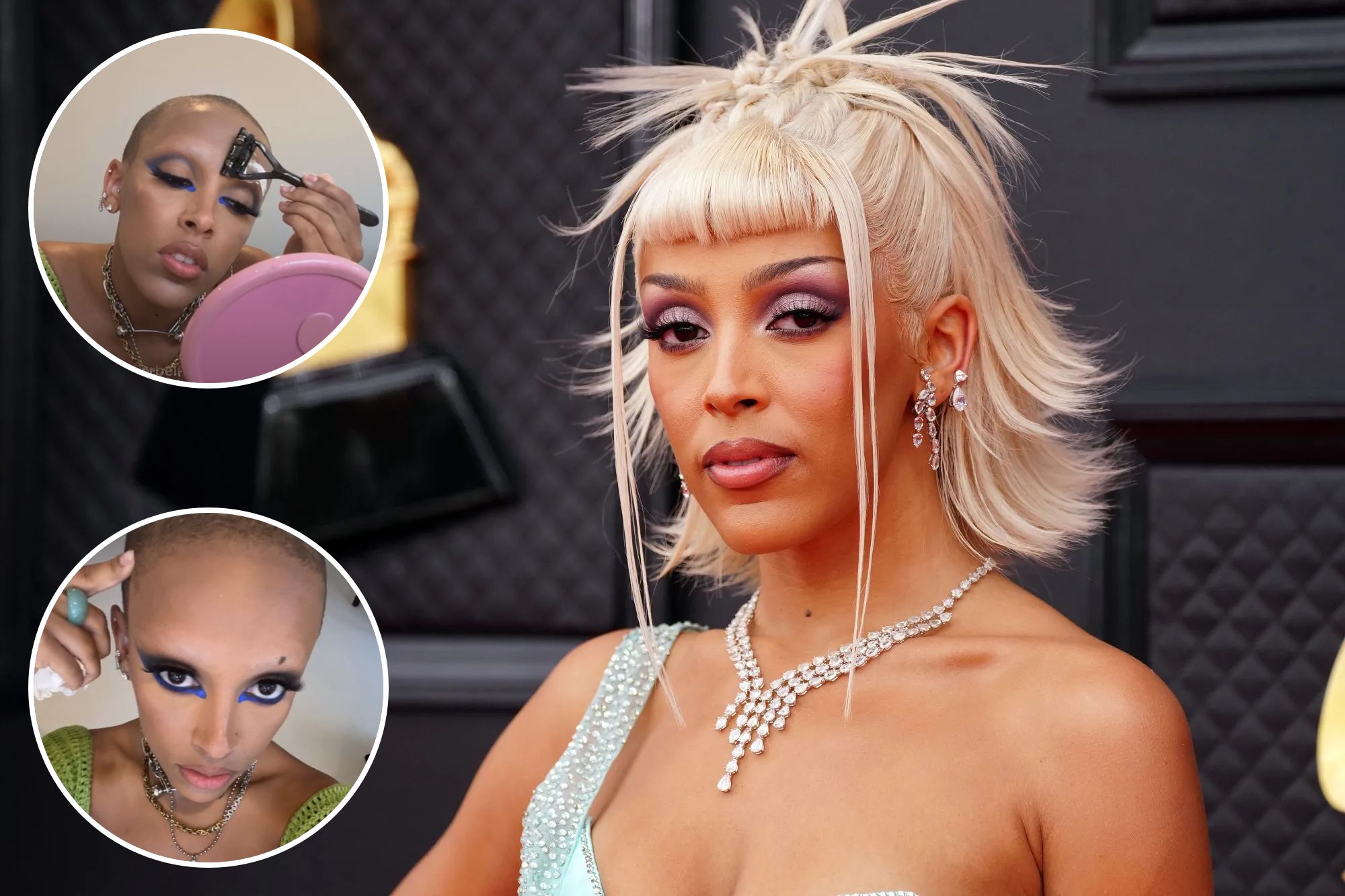 Doja Cat’s got a brand-new look.

Though the Grammy Award winner is known for her constant quirkiness, fans weren’t expecting to see the rapper undergo a major beauty transformation.

Taking to Instagram on Thursday, the 26-year-old revealed she “never liked” having hair, leaving her with no choice but to get rid of it.

With a razor in hand, Doja shaved her eyebrows off on camera after debuting her new buzzcut.

“I just can’t believe that it took me this long to be like, ‘Shave your f—king head,’” she added.

And it seems as though she’s not looking back as she told fans she’s “obsessed” with her new look.

“I never liked having hair. I cannot tell you one time, since the beginning of my life, that I’ve ever been like, ‘This is cool. I just do not like to have hair,’” she added.

The “Woman” hitmaker said she felt “so f—king exhausted when working out” while wearing wigs, which would start “sliding and peeling off her head.”

The rapper shaved off her brows after admitting she “never liked” having hair.Instagram/@dojacat

“I would be working out, but I couldn’t focus because I was more concerned about how I looked. Or how my hair was doing, and how to keep it adhered to my scalp,” she added.

Doja’s far from the only star to lop off her locks lately; Iris Law, Jada Pinkett Smith and Tiffany Haddish have all made the buzzcut their signature style, while Demi Lovato, Saweetie and Maisie Williams have experimented with the look as well.

The 26-year-old said she’s “obsessed” with her new look.Instagram/@dojacat

“It’s so empowering and strong for a woman, whilst also being elegant. It really enhances the features of your face and tends to give women the confidence to dress boldly to match their hair,” Law’s hairstylist, Larry King, told Page Six Style in early 2022 of the daring ‘do.

“It gives a strong, impactful, and beautiful finish, and I’m a big fan.”

Joey King, who’s buzzed off her hair for three different roles over the years, is also a fan of the style, recently telling Allure, “I think every woman should [shave their head] at least once in their life.”

“I’ve never felt more free or more in tune with my beauty,” the actress added.

Kim Kardashian models Yeezy shades with daughters North and Chicago
Heidi Klum dances in teeny animal-print bikini
We use cookies on our website to give you the most relevant experience by remembering your preferences and repeat visits. By clicking “Accept All”, you consent to the use of ALL the cookies. However, you may visit "Cookie Settings" to provide a controlled consent.
Cookie SettingsAccept All
Manage consent