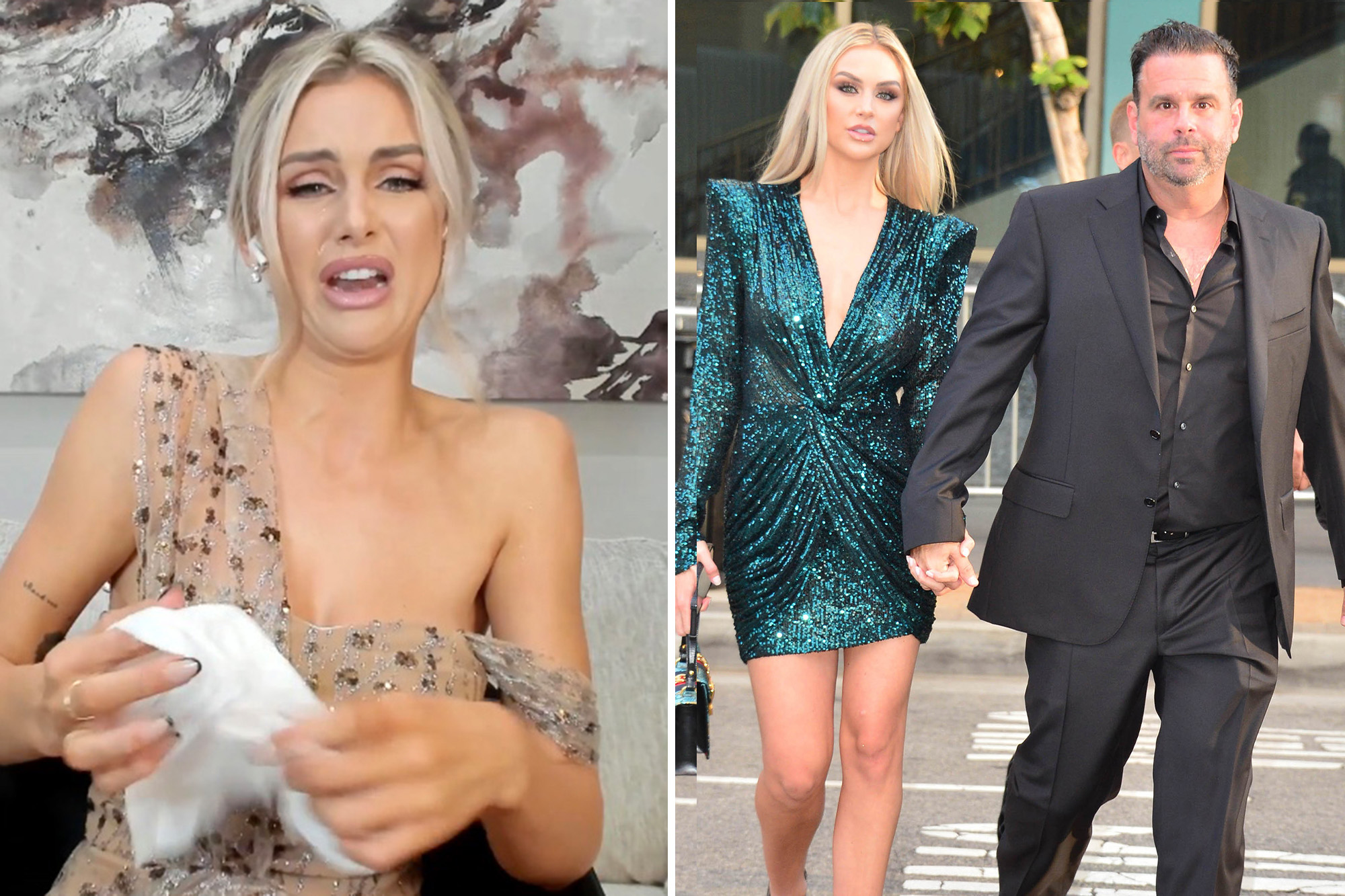 Lala Kent broke down while discussing her canceled engagement to ex-fiancé Randall Emmett on the “Vanderpump Rules” reunion.

“The fact that this man … made feel safe enough to bring a child into this world. I feel disgusted,” Kent says — referring to their 8-month-old daughter Ocean — while wiping away a tear in the teaser dropped Tuesday.

In another clip, Kent, 31, calls out her co-stars for not cluing her into whispers about cheating allegations they’d heard about Emmett, 50.

“Randall Emmett creeping around on me? That should’ve been brought to my attention,” she tells her fellow cast members.

But the “Give Them Lala” author’s chastising seemingly fell on less-than-compassionate ears, with co-star Scheana Shay sarcastically responding, “I thought he was a standup man.”

“Vanderpump Rules” matriarch Lisa Vanderpump tells Kent, “sometimes the way you get them is the way you lose them,” referring to the beginning of Kent and Emmett’s relationship, which took place when he was still legally married to Ambyr Childers.

Kent’s revelations on Emmett won’t be the only relationship bombshell dropped in the reunion. Kennedy, 29, and his now-ex-fiancé Raquel Leviss appear to announce the end of their engagement while filming the Season 9 reunion.

Kent’s relationship won’t be the only one in the spotlight.GC Images

“I’ve been having nightmares about our wedding day,” Leviss, 27, tells host Andy Cohen in the teaser.

The camera then scans to various cast members seemingly shocked over the news. Ariana Madix tells Shay she had “no idea” about the breakup.

The former pageant queen recently addressed her breakup, saying that she had an exit plan in place prior to ending their engagement.

“It was kind of at Thanksgiving where I realized that I didn’t want to be in this relationship anymore,” she said on Shay’s “Scheananigans” podcast.

“And because James does have a history of acting out and being angry, my mom and I were both concerned that he wasn’t going to have a good reaction when I told him, so I wasn’t planning on saying anything until he went out of town,” she added.