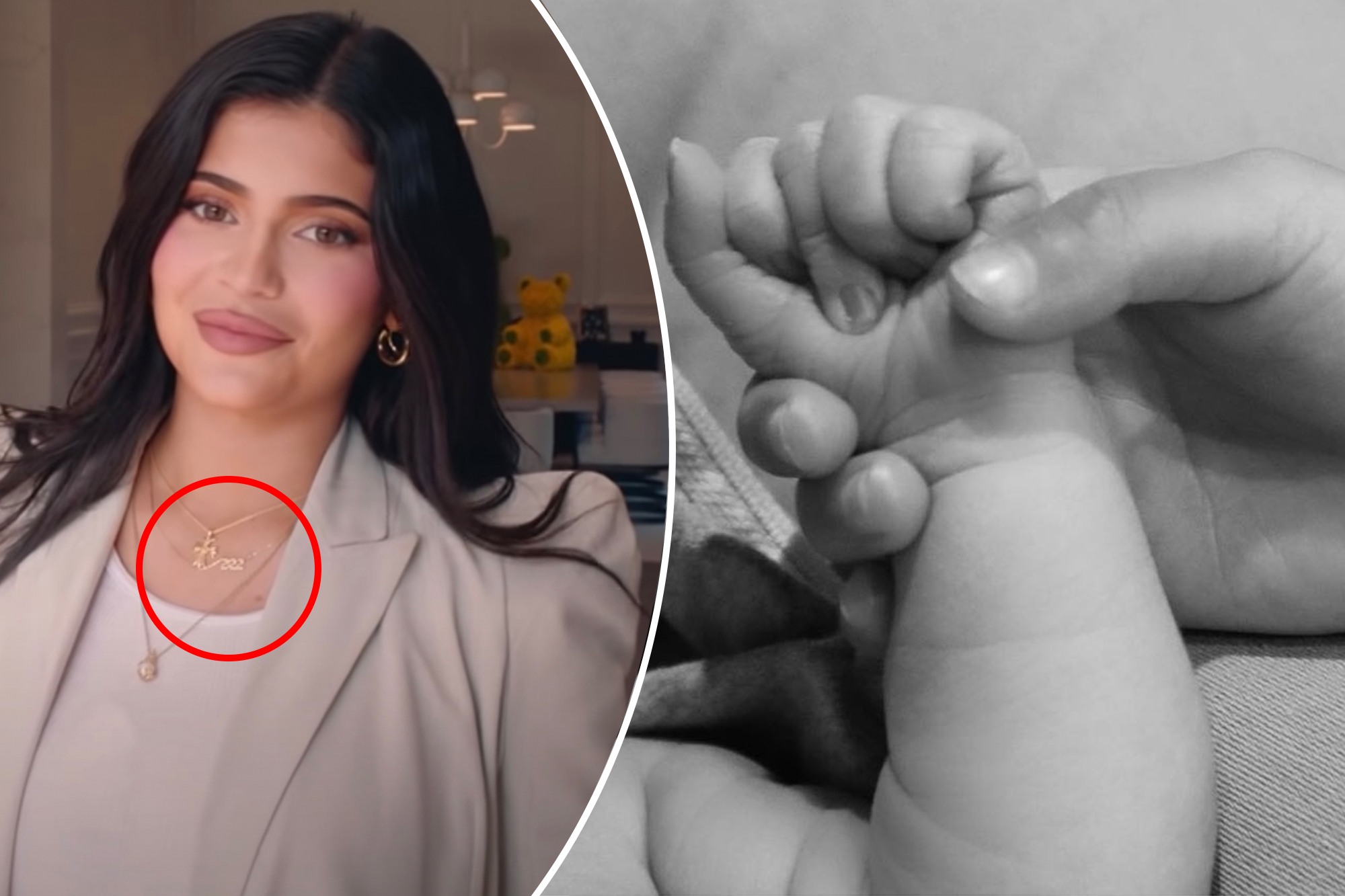 Kylie Jenner gave birth to her second baby with Travis Scott on Feb. 2, but may have hinted at the little boy’s due date months in advance with the help of a well-placed piece of jewelry.

During her “73 Questions” video shoot with Vogue back in September, the 24-year-old makeup mogul wore a dainty gold necklace reading “222,” seemingly nodding at her son’s impending arrival.

Jenner layered the custom piece from celebrity favorite XIV Karats with several other necklaces, including a gold cross pendant ($80) from GEN3SI5, and wore a white crop top and low-slung Sami Miro Vintage jeans ($425) that showed off her baby bump.

She then revealed her due date on Instagram Sunday, sharing a black-and-white photo of the newborn’s hand captioned, “2/2/22.”

A number of Jenner’s friends and family — including Kris Jenner, Kim Kardashian and Stassie Karanikolaou — commented on her post with angel emojis and references, leading fans to believe that the little one’s name is Angel.

Last August, Page Six broke the news that the superstar was pregnant for the second time, with a source telling us the whole Kardashian-Jenner crew was “thrilled.”

The Kylie Cosmetics founder then confirmed she was expecting baby No. 2 in September, baring her belly in a black cutout dress by Mirror Palais for a sweet Instagram video.

She confirmed her second pregnancy in September.kyliejenner/Instagram

Throughout her pregnancy, Jenner showed off her bump in a series of stylish and sultry maternity outfits, including a red-hot Richard Quinn catsuit and a sheer lace LaQuan Smith look.

Jenner and Scott, 30, also share daughter Stormi, whom they welcomed in February 2018 and who turned 4 just one day before the arrival of her baby brother.