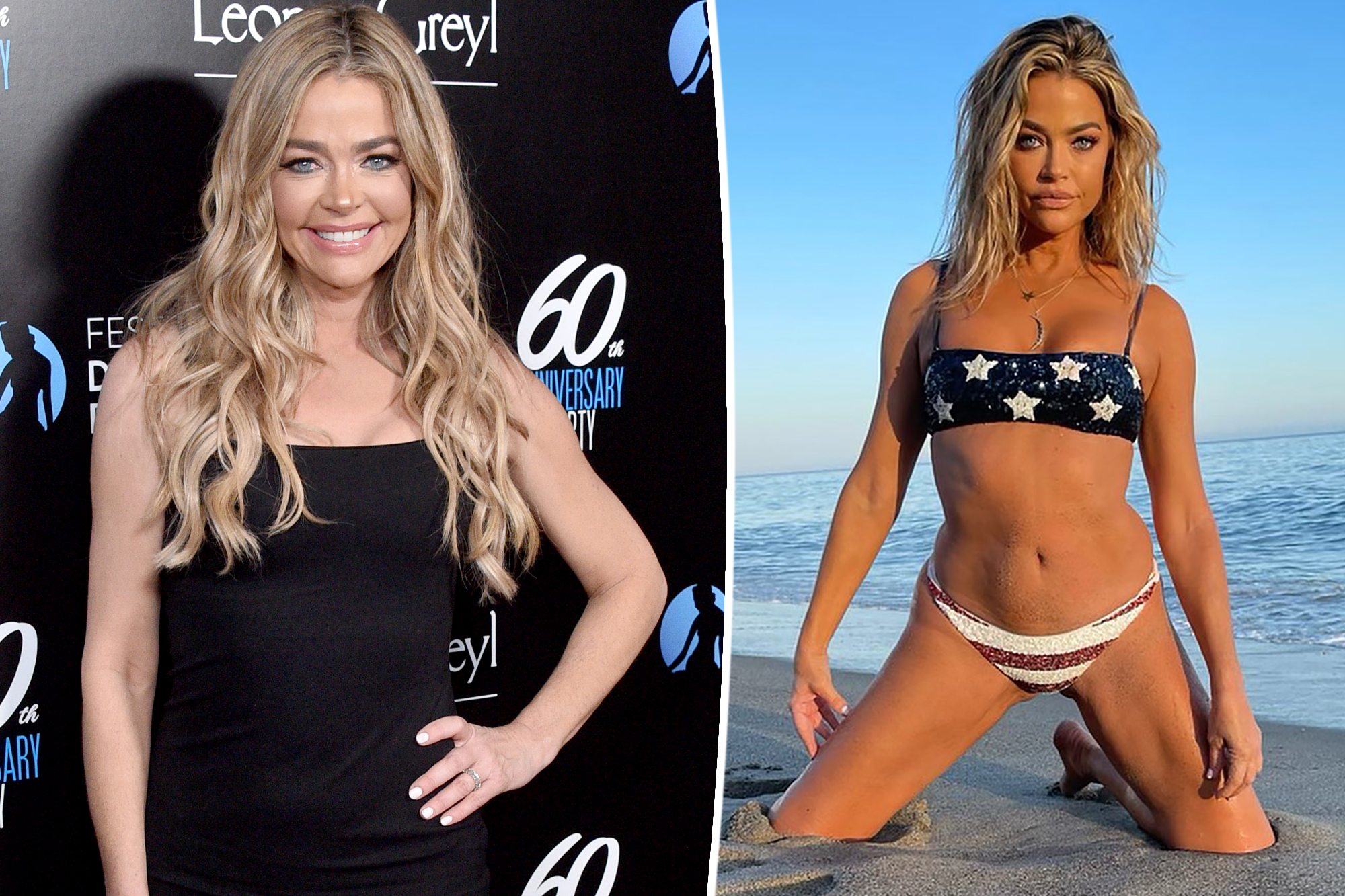 Former “Real Housewives of Beverly Hills” star Denise Richards celebrated the Fourth of July in a patriotic star-spangled bikini on Instagram, promoting her OnlyFans link at the same time.

Richards, 51, captioned the photo of herself kneeling in the sand at the beach in Malibu, “Happy 4th 🇺🇸Link in bio one day only💛.”

Her fans loved the American flag bikini, with one commenter writing, “You just helped make my 4th a good bit better!” and another weighing in with “Love that you are celebrating America.”

But her OnlyFans announcement received mixed reviews, with a commenter questioning, “Are you competing with your daughter? Or supporting your daughter?” and calling it “super weird.”

The “Real Housewives” star caused a stir when she linked to her new OF account. Getty Images

The “Wild Things” star announced her own OnlyFans account at the end of the June, just one week after 18-year-old daughter Sami Sheen joined the website.

Ex Charlie Sheen bashed their daughter’s decision to join the site, where creators share partially-clothed or nude photos or videos with subscribers, telling Page Six that “[Sami] is 18 years old now and living with her mother. This did not occur under my roof.”

He added, “I do not condone this, but since I’m unable to prevent it, I urged her to keep it classy, creative and not sacrifice her integrity.”

But Richards stood up for their daughter, writing on Instagram, “I wish I had the confidence my 18 year old daughter has. And I also can’t be judgmental of her choices,” citing her “Wild Things” role and 2004 Playboy cover. Richards jabbed at Sheen, too, saying that “quite frankly her father shouldn’t [be judgmental] either.”

Richards currently has 15 posts and subscribers must pay $25 monthly to see her content, but is slashing her prices by 50% for the holiday.

“America the Beautiful. Happy 4th my hunny bunnies,” she shared on OF to celebrate the occasion.

Vanessa Hudgens tries Hailey Bieber’s Met Gala 2022 nails
Julia Fox back at Paris Fashion Week in Iris Van Herpen gown
We use cookies on our website to give you the most relevant experience by remembering your preferences and repeat visits. By clicking “Accept All”, you consent to the use of ALL the cookies. However, you may visit "Cookie Settings" to provide a controlled consent.
Cookie SettingsAccept All
Manage consent