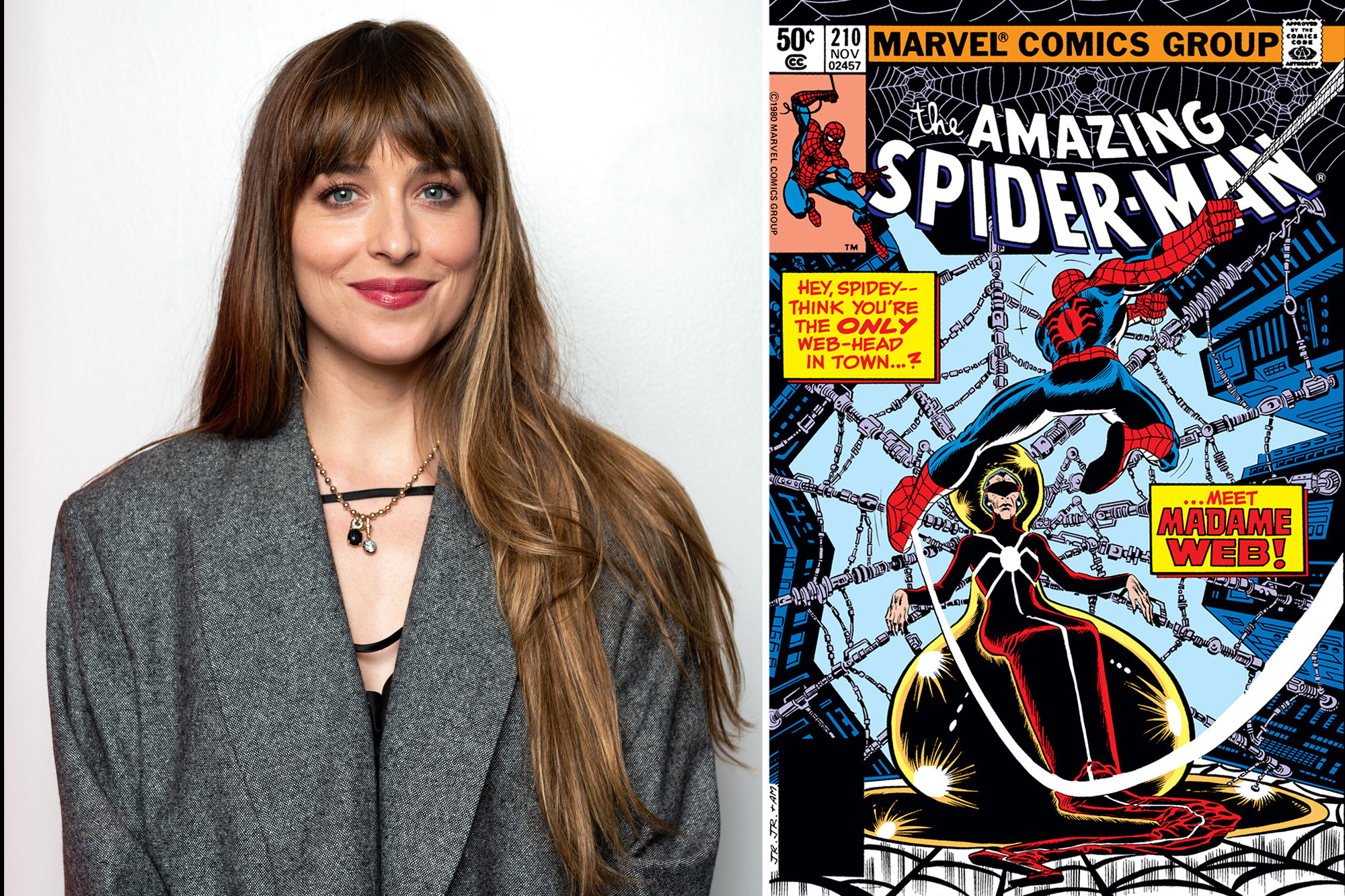 Dakota Johnson may be joining the Sony/Marvel universe.

The “Fifty Shades of Gray” star, 32, is reportedly in talks to appear in a “Spider-Man” spinoff entitled “Madame Web” for Sony Pictures.

S.J. Clarkson is set to direct, according to Deadline, while Matt Sazama and Burk Sharpless will write the screenplay.

She is described as a mutant who can predict the future of Spidey superheroes and is usually drawn as an old woman who is blind and paralyzed. She is essentially surrounded by web-like machinery to help her live and stay safe.

With this female-led feature, Sony is trying to build their Sony Universe within the Marvel world. The company currently controls the film rights to the character Spider-Man, most recently seen in the box-office hit “Spider-Man: No Way Home,” which has grossed more than $1.7 billion worldwide, according to The Hollywood Reporter.

Several Spider-Man-related solo films have been released by Sony, including “Venom” (2018), the sequel ”Venom Let There Be Carnage” (2020) and “Morbius.” The latter is fronted by Jared Leto and is set to be released this April after months of delay.

Johnson recently spoke with “Spider-Man: No Way Home” actor and former “The Social Network” co-star Andrew Garfield for Vanity Fair about their time working together on that Aaron Sorkin’s 2010 Facebook drama.

“I remember sitting down with you guys when you were having lunch one day, and you asked me loads of questions,” she told Garfield, 38, about the first time she met him and their co-star Jesse Eisenberg. “You were really nice, and Jesse didn’t acknowledge me.”

The “Eyes of Tammy Faye” actor explained that Eisenberg may have just been trying to stay in character as Facebook founder Mark Zuckerberg.

“Oh boy, I don’t know. I feel like I need to defend him in some way,” Garfield said of Eisenberg. “There was maybe some of the Zuckerberg coming through in that moment.”

Johnson was most recently seen in the film “The Lost Daughter.”Patrick McMullan via Getty Image

“You and Jesse were so busy on that movie,” Johnson added. “I was obviously in it for four seconds, but I spent a few days on set just watching.”

Garfield also reflected on his friendship with the “21 Jump Street” actress, saying he liked her when he saw her at a party.

“I remember seeing you at the afterparty, and you were just so lovely and energetic and excited to connect,” he said. “I felt the same way.”

Where is Lil Nas X? Worried fans wonder why he’s MIA for 2 months
Nicki Minaj-approved penthouse hit the market for $70K/month
We use cookies on our website to give you the most relevant experience by remembering your preferences and repeat visits. By clicking “Accept All”, you consent to the use of ALL the cookies. However, you may visit "Cookie Settings" to provide a controlled consent.
Cookie SettingsAccept All
Manage consent