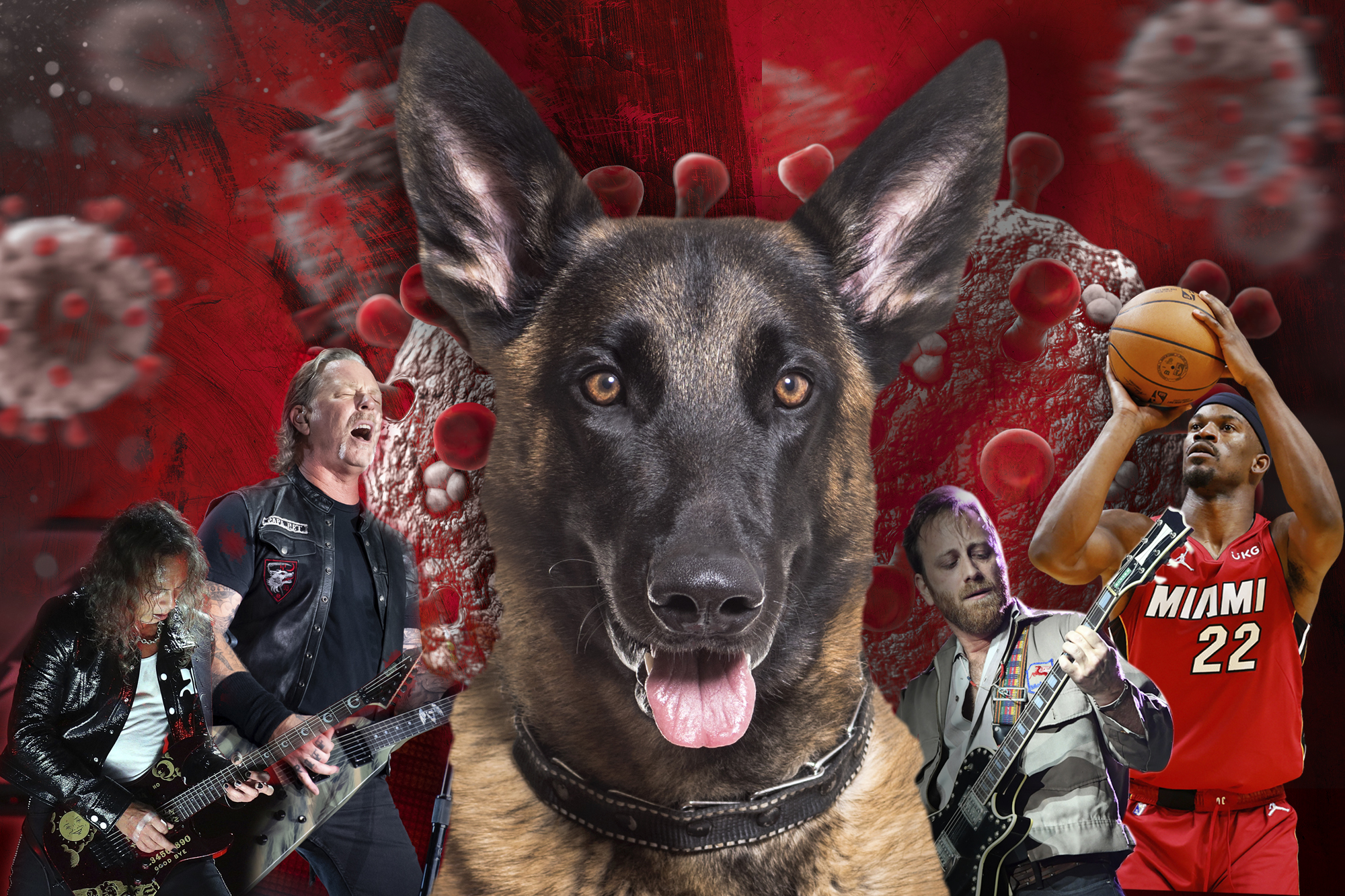 But has Snoop Dogg booked them yet?

A pack of trained canines are living the rock ’n’ roll life — touring with the likes of Metallica and the Black Keys in an effort to keep the musicians and their crews safe from COVID-19.

“We check the crew that travels with the artist, and any local worker at each venue that assists with load-in and load-out of the show,” said Jerry Johnson, President of BioDetection K9. “We basically screen anyone that has access to the backstage, so the crew, talent and management, and so on.”

When touring with musicians, the dogs stays in luxury hotels and sometimes — like with the rockers of Tool, who are on the road now — even get to ride on the tour bus.

“Other artists might have a driver that transports the dogs in their own vehicle from show to show,” Johnson told The Post.

But the peace of mind that these canine detectives can provide doesn’t come cheap.

“Costs vary from $5,000 per day for an individual event to significantly lower for ourextended services, such as teams embedded with artists or organizations,” Johnson said.

Bio Detection’s pooches went on the road with Metallica, and guitarist Kirk Hammett seemed to enjoy having them around.Instagram

In pre-Omicron variants of COVID, Johnson’s dogs would approach a line of people and after smelling their hands or feet, sit down in front of anyone they believed to be infected.

But as Omicron accumulates more in the bronchial passages and not in the sweat glands, it means the dogs now sniff out people’s worn masks.

Bio Detection’s pooches have over 10 years of experience screening for viruses, bacteria and fungus, mostly working in partnership with the United States Department of Agriculture.

With the Omicron variant, the dogs had to change their focus to sniffing people’s worn masks.

At the end of 2018, Johnson was training his dogs to detect the mosquito-borne West Nile Virus, when the pandemic changed everything.

Johnson, an Air Force vet who had worked with dog units in Afghanistan and Iraq in the2000s, began training his pack to see if they could detect COVID — his theory being that, as dogs are biologically predisposed to sniff each other to see if they have something wrong with them, then they should be able to sense viruses in humans.

Using a proprietary, protein-based training aid with a scent source derived from the COVID-19 virus, the dogs were ready for trials by October 2020.

Crew members and anyone in direct contact with artists get screened daily.Anthony D’Angio

Johnson’s hunch was right. In a double-blind study, the dogs returned an accuracy rate of 97 percent when screening potential COVID-19 cases at a clinic.

Soon after, the company appeared on an episode of Malcolm Gladwell’s “Revisionist History” podcast and the phone started ringing.

One call came from John Peets, then-manager of the Black Keys, who hired Johnson’s dogs to screen the band and their touring crew for a US tour.

Managers for bands such as the Black Keys (pictured), Tool and country star Eric Church have hired the sniffing dogs to keep their tours safe.Redferns

Word soon spread and Johnson embedded two of his dog teams on country star EricChurch’s tour. Metallica had the dogs at several concerts, including their 40th anniversary shows in December, and guitarist Kirk Hammett posed with two of them on his Instagram feed.

While they can screen up to 200 people each hour, the canines are generally used to protect a band’s touring “bubble.”

“We use a range of standard working breeds,” said Johnson, whose company is based in Zanesville, Ohio. “Belgian Malinois, German Shepherds, Labradors, German Shorthaired Pointers.”

Sports venues are also getting into the act by using dogs at NASCAR events and NBA games.

NASCAR, Bio-Detection K9’s first clients, have worked with the company since April 2021, and the NBA’s Miami Heat also used sniffer dogs to screen fans when games finally resumed at the FTX Arena.

“We felt using COVID detection dogs was our best bet,” said Lorenzo Butler, the team’s Director of Business Communications. “For the most part, fans were very receptive to the dogs. They understood the service was an element of safety that we wanted to provide.”