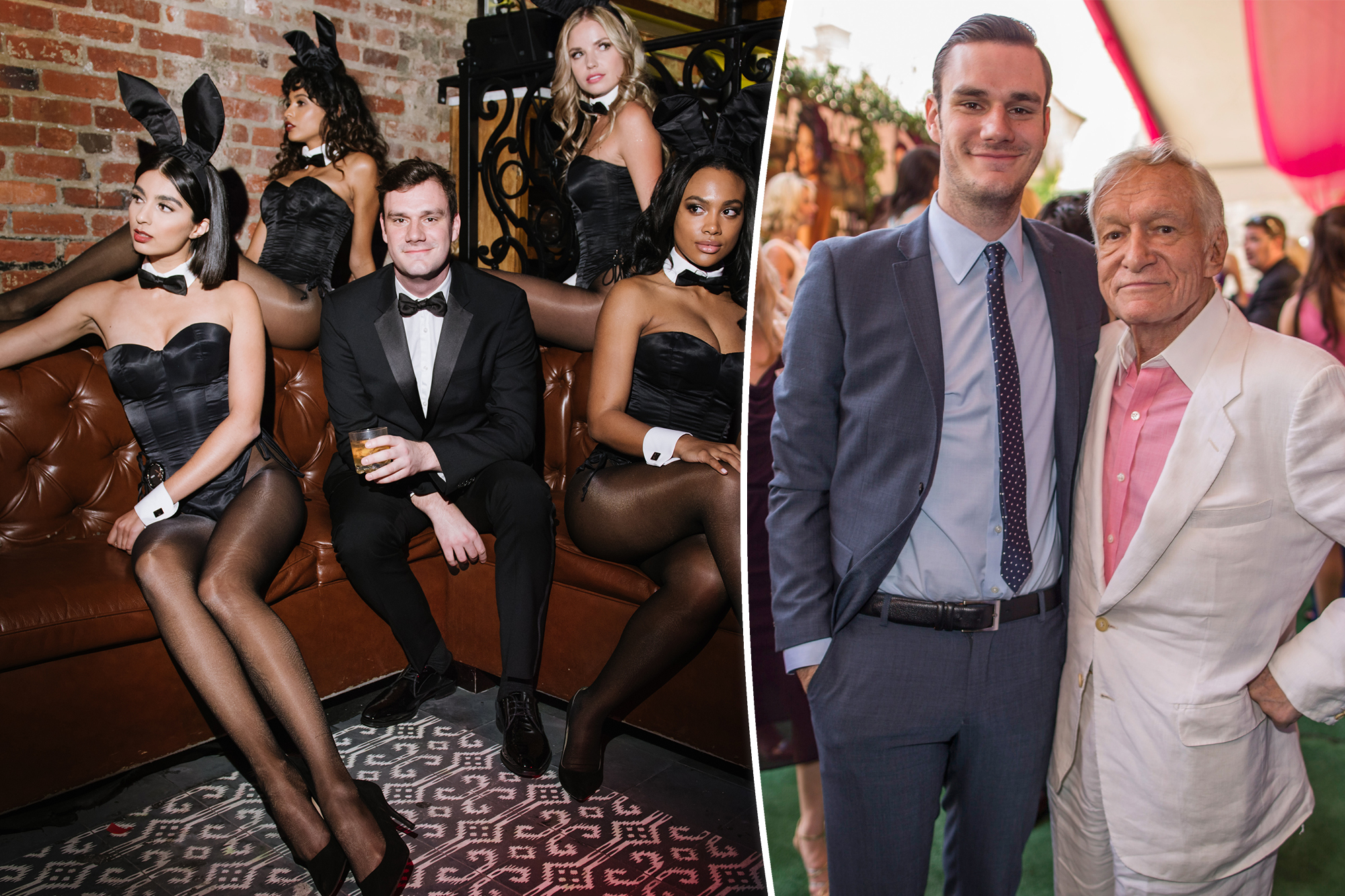 Cooper Hefner is defending his late father Hugh Hefner against allegations that he behaved inappropriate during his years helming Playboy.

Cooper acknowledged that Hugh’s lifestyle may not have appealed to the masses but any of the “salacious” allegations coming out about the publishing mogul and the Playboy Mansion are untrue.

“Some may not approve of the life my Dad chose, but my father was not a liar,” tweeted Cooper, whose mother is Hugh’s ex-wife Kimberley Conrad.

“However unconventional, he was sincere in his approach and lived honestly. He was generous in nature and cared deeply for people. These salacious stories are a case study of regret becoming revenge.”

Cooper served as the chief creative officer at Playboy Enterprises in 2016 and later as chief of global partnerships in 2019.

Although he didn’t name a program or any participant, Cooper’s statements come after A&E’s docuseries “Secrets of Playboy” released a teaser that featured former Playboy Bunny Holly Madison feeling “gas-lit” in the “cult-like” environment.

“You had a 9 o’clock curfew, you were encouraged to not have friends over,” she claimed. “You weren’t really allowed to leave unless it was, like, a family holiday.”

Holly Madison, seen on the right, has made stunning allegations about the “cult-like” environment of the Playboy Mansion.Getty Images

“All the guys were laughing when Linda got out of the limousine,” Masten said. “She was drunk and drugged … They got her so messed up that they made her give the German shepherd oral sex. You wanna talk about depravity? This is despicable.”

“Today’s Playboy is not Hugh Hefner’s Playboy. We trust and validate these women and their stories and we strongly support those individuals who have come forward to share their experiences,” the Playboy organization shared in a statement.

“As a brand with sex positivity at its core, we believe safety, security, and accountability are paramount. The most important thing we can do right now is actively listen and learn from their experiences. We will never be afraid to confront the parts of our legacy as a company that do not reflect our values today,” the statement continued.

“As an organization with a more than 80 percent female workforce, we are committed to our ongoing evolution as a company and to driving positive change for our communities.”