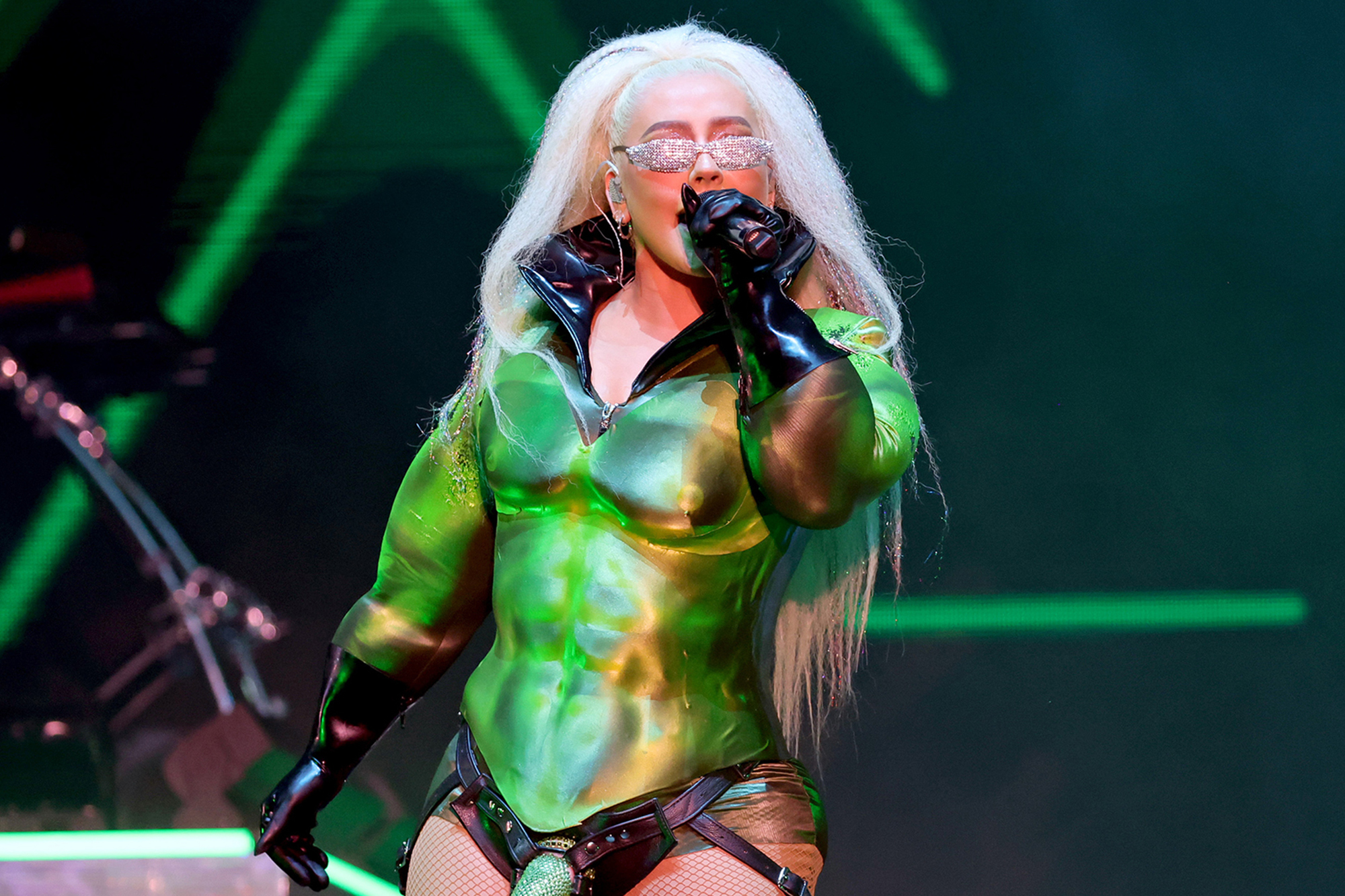 Christina Aguilera let her genie out of the bottle during her LA Pride performance on Saturday.

The “I Turn to You” singer wore a series of jaw-dropping costumes while singing her biggest hits, but the one that stole the show involved a strap-on.

Aguilera, 41, and her green bejeweled penis-testicles combination — which perfectly matched her “Hulk”-looking breastplate — took the stage by storm for a duet with LGBTQIA+ icon Kim Petras.

Christina Aguilera stole the show at LA Pride by wearing a strap-on during her performance.Getty Images

Throughout the performance, during which she sang “Dirrty,” “Lady Marmalade,” “Beautiful” and more, Aguilera changed into multiple ensembles that featured cone-shaped nipples and other eyebrow-raising accessories.

At one point, she decked herself in a Pride-themed rainbow outfit, and during another, she recreated the chaps getup from her iconic 2002 “Dirrty” music video – which she also revisited at the 2021 People’s Choice Awards – but this time around, she opted for the look in a fiery red palette that included a bodysuit, sunglasses and matching microphone.

Aguilera, 41, belted out a variety of her greatest hits with the bejeweled penis.Getty Images

Xtina’s iconic outfit has inspired countless Halloween costumes over the years; in addition, the pop star’s circa-2000s style recently sparked a scarf top resurgence, and in 2018, cheeky chaps even enjoyed a brief comeback.

Aguilera’s ahead-of-the-curve wild styles even resonated with “Real Housewives of Beverly Hills” star Dorit Kemsley, who borrowed her strappy, sexy “Not Myself Tonight” dress for a recent red carpet.

Robin Thicke gets tattoo of fiancée April Love Geary’s ‘naked bod’
Megan Fox launches a new line of clothes
We use cookies on our website to give you the most relevant experience by remembering your preferences and repeat visits. By clicking “Accept All”, you consent to the use of ALL the cookies. However, you may visit "Cookie Settings" to provide a controlled consent.
Cookie SettingsAccept All
Manage consent