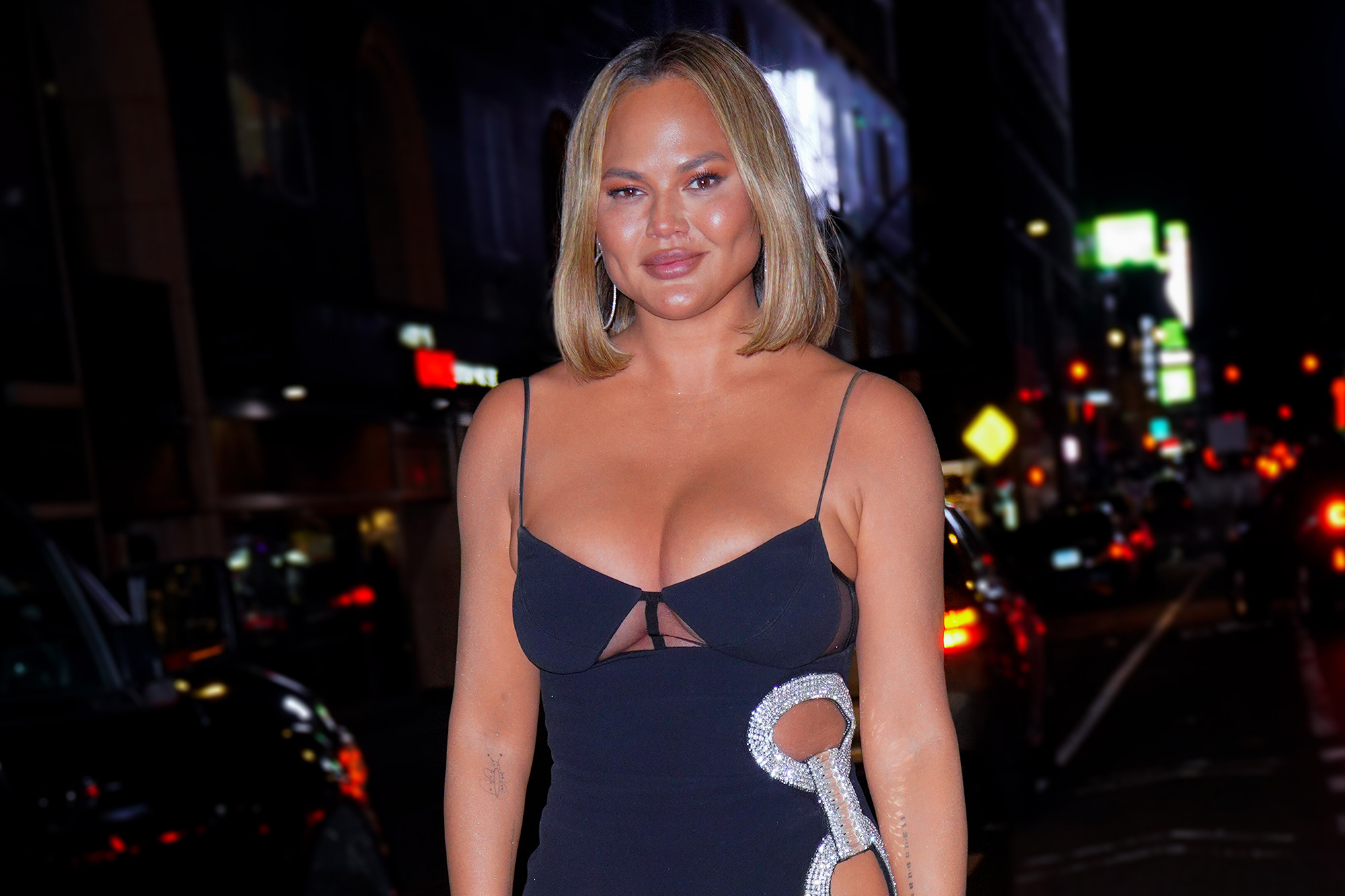 Chrissy Teigen has added more ink to her body.

The “Cravings: All Together” cookbook author shared a photo and video on her Instagram Story Friday of celebrity tattoo artist Winterstone inking her with a blue elephant on her wrist.

In the video, Teigen can be heard asking if he could put “high heels” on the back two feet, but it’s unclear if he engaged with her request.

Teigen, 36, received her first ink in 2019 when she, alongside, got each other’s names as well as the names of their two kids, Luna and Miles.

She also got a tiny heart on her pointer finger at the same time, and later added John, Luna and Miles’ birthdates, along with those of her parents, on her other arm.

In November 2020, Teigen got a sweet tattoo in honor of late baby Jack after she suffered a heartbreaking pregnancy loss. A few months later, she added a tribute to Legend, inking lyrics to his sexy song “Ooh Laa” down her spine.

In March 2021, the former Sports Illustrated model got tiny dots that covered her fingers all the way from her knuckles to her nails and joked they’re “Morse code for I’m tired.”

She later clarified on Instagram, writing, “please don’t tell me this means something in morse code, I just like dots.”

Brandy channels Whitney Houston at NFC Championship
Celebrities wearing Casadei’s ‘Blade’ heels: Madonna, J.Lo, more
We use cookies on our website to give you the most relevant experience by remembering your preferences and repeat visits. By clicking “Accept All”, you consent to the use of ALL the cookies. However, you may visit "Cookie Settings" to provide a controlled consent.
Cookie SettingsAccept All
Manage consent