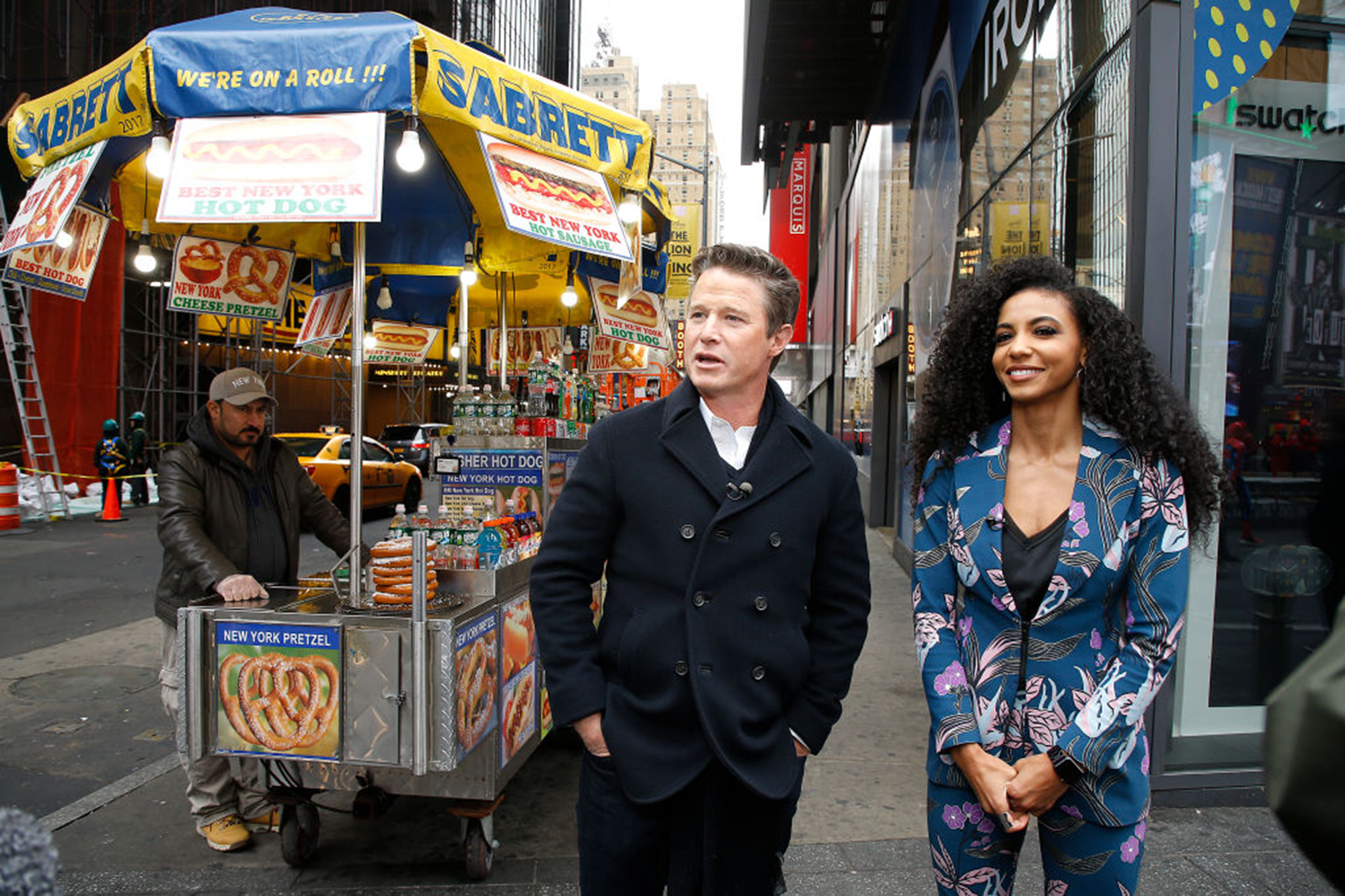 Cheslie Kryst, who leaped to her death Sunday from a 60-story Midtown high-rise, is being remembered as a “positive, hardworking, fun” person by her former “Extra” colleague Billy Bush.

Kryst, 30, who in addition to contributing to the celeb newsmagazine was named Miss USA in 2019 and was a practicing lawyer, was said to have been a jovial spirit while with the TV show.

“She was positive, hardworking, fun and of course beautiful,” Bush, 50, wrote in an emotional Instagram post Sunday after learning of her death.

“Always dancing in between takes. This is a complete shock to all. We are left with great sadness because the best was definitely yet to come for this special person,” he added in the grief-stricken note.

Sources say Kryst was found by police at about 7:15 a.m. Sunday on the ground outside of the Orion condominium building at 350 W. 42nd St., where she lived on the ninth floor. She was alone when she jumped from an open terrace on the 29th floor that morning.

Billy Bush, who worked with Kryst at “Extra,” paid a touching tribute to the late star.Getty Images

Sources also said Kryst left a note saying she wanted to leave all of her belongings to her mother, who, like her daughter, was previously crowned Miss North Carolina.

“Cheslie embodied love and served others, whether through her work as an attorney fighting for social justice, as Miss USA and as a host on EXTRA,” her family said in a statement. “But most importantly as a daughter, sister, friend, mentor and colleague — we know her impact will live on.”

Renee Bargh, another colleague of Kryst’s from “Extra,” called her “the sweetest, kindest, smartest woman I’ve ever met” in an Instagram Story that showed a picture of the two together.

Many who knew Kryst were quick to share how touched they were by her life.AFP via Getty Images

Last March, the former pageant queen wrote a sorrowful essay in which she said she was “running out of time” as she faced her 30th birthday that April.

“Each time I say ‘I’m turning 30,’ I cringe a little. Sometimes I can successfully mask this uncomfortable response with excitement; other times, my enthusiasm feels hollow, like bad acting,” she wrote.

“Society has never been kind to those growing old, especially women. (Occasional exceptions are made for some of the rich and a few of the famous),” she added, going on to say “turning 30 feels like a cold reminder that I’m running out of time to matter in society’s eyes — and it’s infuriating.”

In an essay, Kryst addressed negativity expressed to her after being the oldest Miss USA winner, at age 28.AP

Kryst went on to address awful negativity directed at her after being the oldest woman to win the Miss USA crown, at age 28, which was, she wrote, “a designation even the sparkling $200,000 pearl and diamond Mikimoto crown could barely brighten for some diehard pageant fans who immediately began to petition for the age limit to be lowered.”

Kryst also shared a time when she “nearly worked myself to death.”

“Literally, until an eight-day stint in a local hospital sparked the development of a new perspective.”

Kryst was very open about issues that were haunting her in March 2021 ahead of her 30th birthday.Getty Images

She also revealed her desire to stop practicing law for reasons including the overwhelming amount of work, lack of diversity and an atmosphere ripe with microaggressions, the Daily Mail reported.

Kryst recently told a fan on TikTok that it felt like she was “trading in hours of my life in order to get paid,” according to the outlet.

If you are struggling with suicidal thoughts or are experiencing a mental health crisis and live in New York City, you can call 888-NYC-WELL for free and confidential crisis counseling. If you live outside the five boroughs, you can dial the 24/7 National Suicide Prevention hotline at 800-273-8255 or go to SuicidePreventionLifeline.org.

Women fake orgasms to make men feel less ‘fragile’: study
How to get the world’s only caviar-DNA-infused $1,000 facial
Comment