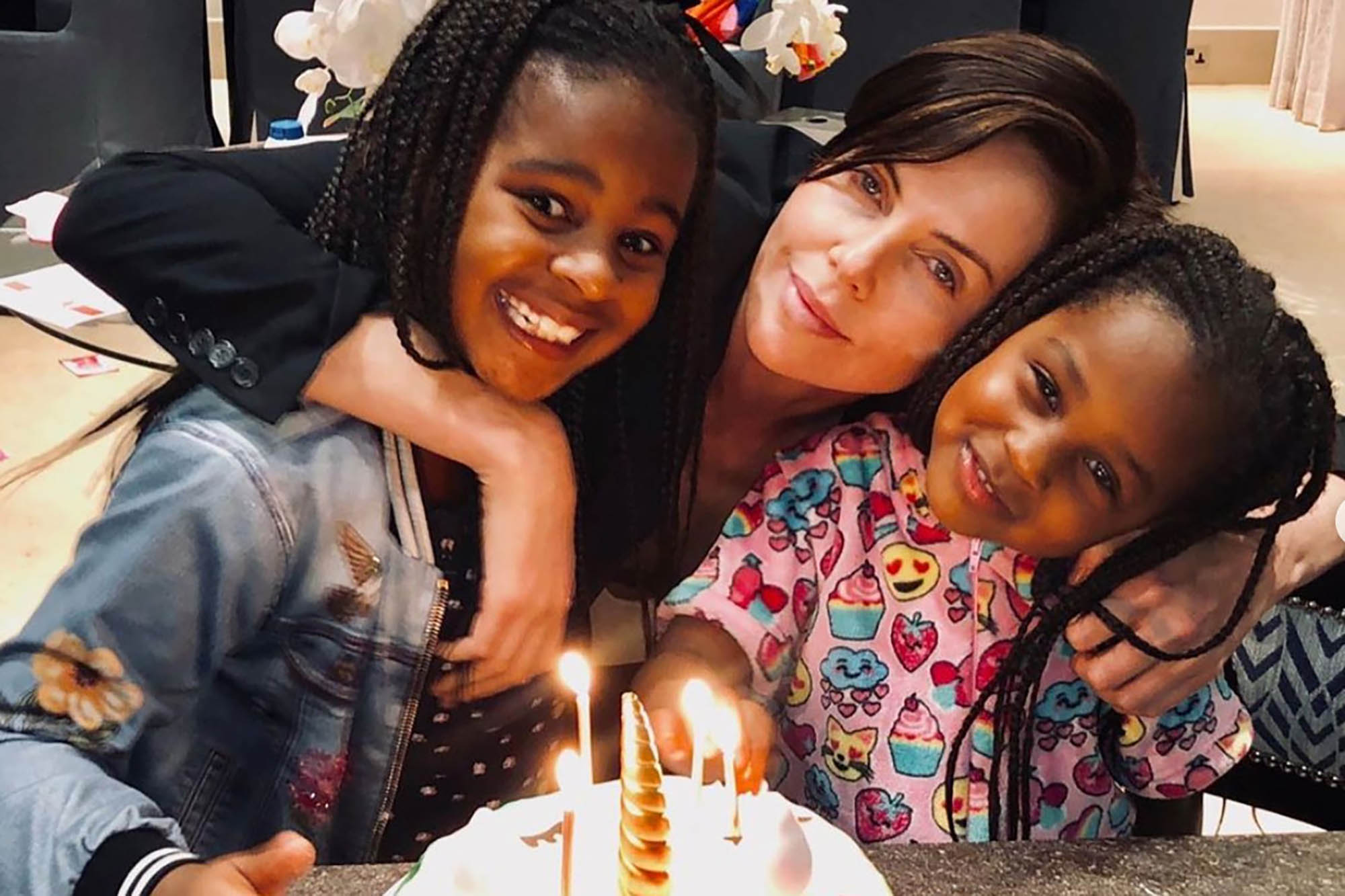 Out of all her roles, Charlize Theron loves “mom” the most.

On Thursday, the Oscar-winning actress shared a rare photo of her daughters August, 7, and Jackson, 10, in the final picture of her Instagram carousel dedicated to her mom Gerda’s birthday.

“Today is my mom’s birthday. I wanted to share her with all of you because anyone who knows her, knows how utterly awesome it is to stand in her sunlight. She TRULY is life. She laughs louder than anyone I’ve ever met. She’s a great tennis player/golfer/hiker AND a gifted s–t talker! She’s direct, she’s honest, she funny, and she’ll tell you how it is anytime of the day!” Theron captioned the sentimental post.

In the picture, her two daughters are seen posing with their grandma while on a hike together. Gerda has her arm wrapped around Jackson as they smile for the shot.

Theron has chosen to keep her daughters out of the public eye, only occasionally posting about them on her social media.

In December, the 46-year-old “Bombshell” actress shared a sweet snap of her and her girls on a ski lift, decked out in pink accessories.

“Merry Christmas from my family to yours xx ❄️⛷🥃” Theron added in the caption alongside other pictures from her trip.

Theron welcomed Jackson, whom Theron confirmed was transgender in 2019, via adoption in 2012 and August three years later in 2015.

The “Monster” actress says she always knew adoption would be an important part of her life after witnessing orphanages in her native South Africa.

“Even when I was in relationships, I was always honest with my partners, that adoption was how my family would look one day,” Theron previously told People. “This was definitely not a second option for me. It was always my first.”