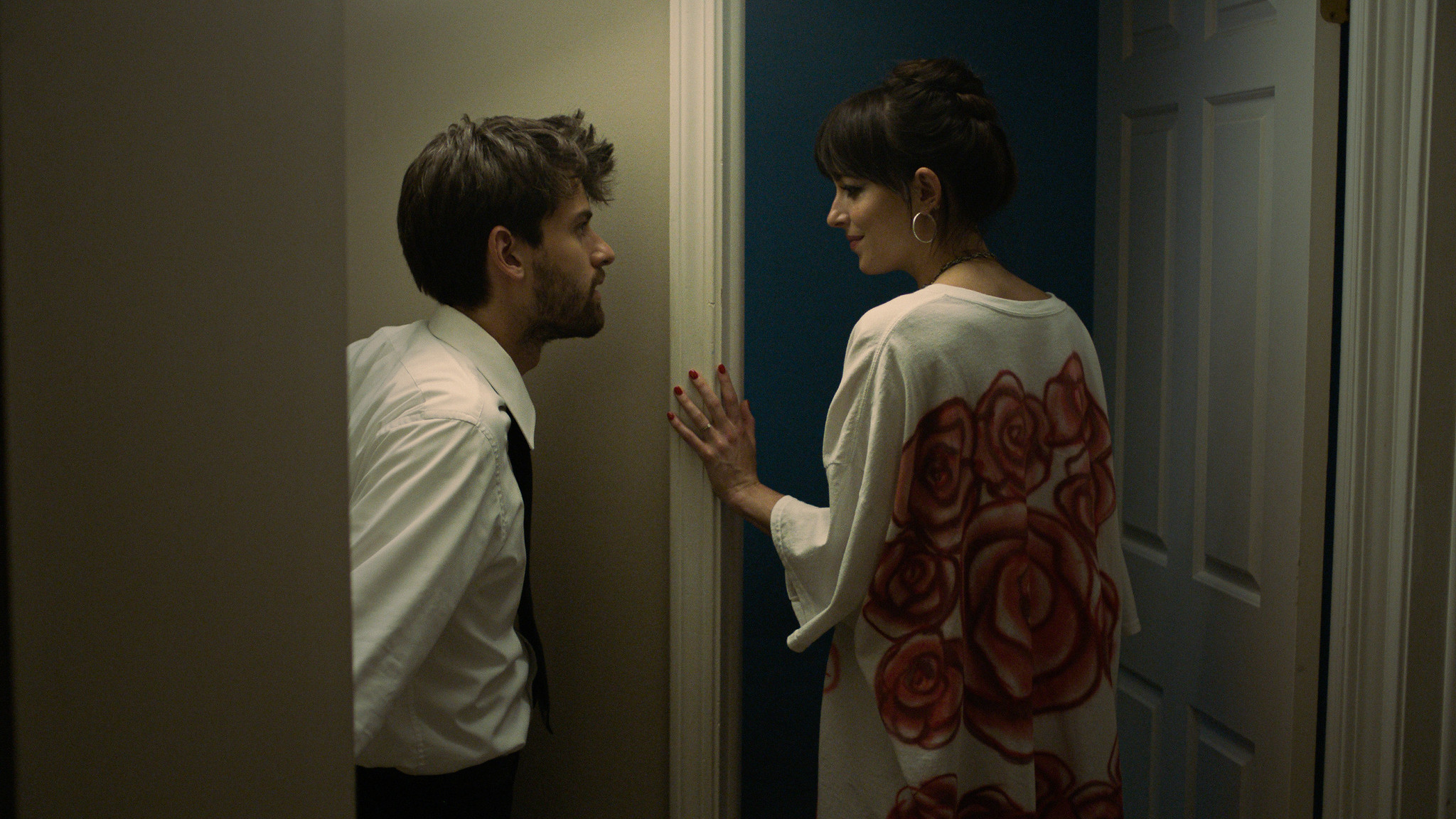 Cooper Raiff is the fresh comedic talent we’ve been waiting for.

A new one shows up on-screen every few years — a modern guy-or-girl next door like Steve Carell, Seth Rogen, Emma Stone and Adam Sandler — with appeal so broad and a personality so genuine we immediately crave to see them in something else. Or to, you know, go bowling with them.

Minutes into the blissful “Cha Cha Real Smooth,” which premiered at the Sundance Film Festival, it’s obvious that Raiff is that brand of powerhouse. At just 23 years old, the guy even had the nerve to discover himself, since he also wrote and directed his own movie.

Only his second feature, “Cha Cha” is line-dancing all the way to the bank. It was just picked up by AppleTV+ for $15 million and like 2020’s big Sundance seller “Palm Springs,” in a few months everybody will be watching — and adoring — it.

Charismatic Andrew has no life prospects and is working at a fast food joint called Meat Sticks when some local mothers realize he’d be great at livening up bar mitzvahs — getting kids on the dance floor, telling jokes and, on occasion, flirting with the parents.

Cooper Raiff’s movie was picked up by Apple for $15 million. Alexandria Lior

At one party he’s running, Andrew convinces an autistic girl named Lola (Vanessa Burghardt) to dance with him and then starts chatting up her mom, Domino (Dakota Johnson). We assume the woman is about a decade older than Andrew, but Domino confides that she had her daughter at a young age. So, the bigger gap is life experience.

What unfolds is a sweet and hilarious romance that, like a great ‘90s sitcom, goes big on will-they-won’t-they tension. Raiff keeps us guessing about their future and makes us root for and against the potential couple all at once. Is Andrew an old soul, or a boy in his dad’s suit? Does Domino really want to settle down, or does she deserve another go at her 20s?

Johnson gets better and better the longer she is freed from the oppressive chains of “Fifty Shades.” With great tenderness, the actress summons a person, a version of which we’ve all known, who is far too cool for the life she’s leading. Raiff, Johnson and Burghardt have sublime chemistry as a little pop-up family, and their characters all grow from knowing each other.

That, in fact, is Raiff’s biggest gift as a writer. More seasoned scribes than him litter their movies with flat characters who only exist to serve a function or land a joke. Not Raiff. Dismiss “Cha Cha” as yet another heartwarming comedy at your peril because every single person in it has layers upon layers of complexity. Whole spin-off movies could be made about about his hookup Marcy or little bro David and his pals.

As DJ Casper says in the “Cha Cha Slide,” “everybody clap your hands.”

Beijing 2022 Olympics beds put Tokyo cardboard ones to shame
‘We don’t talk about Bruno’ from ‘Encanto’ is the new ‘Let It Go’
We use cookies on our website to give you the most relevant experience by remembering your preferences and repeat visits. By clicking “Accept All”, you consent to the use of ALL the cookies. However, you may visit "Cookie Settings" to provide a controlled consent.
Cookie SettingsAccept All
Manage consent