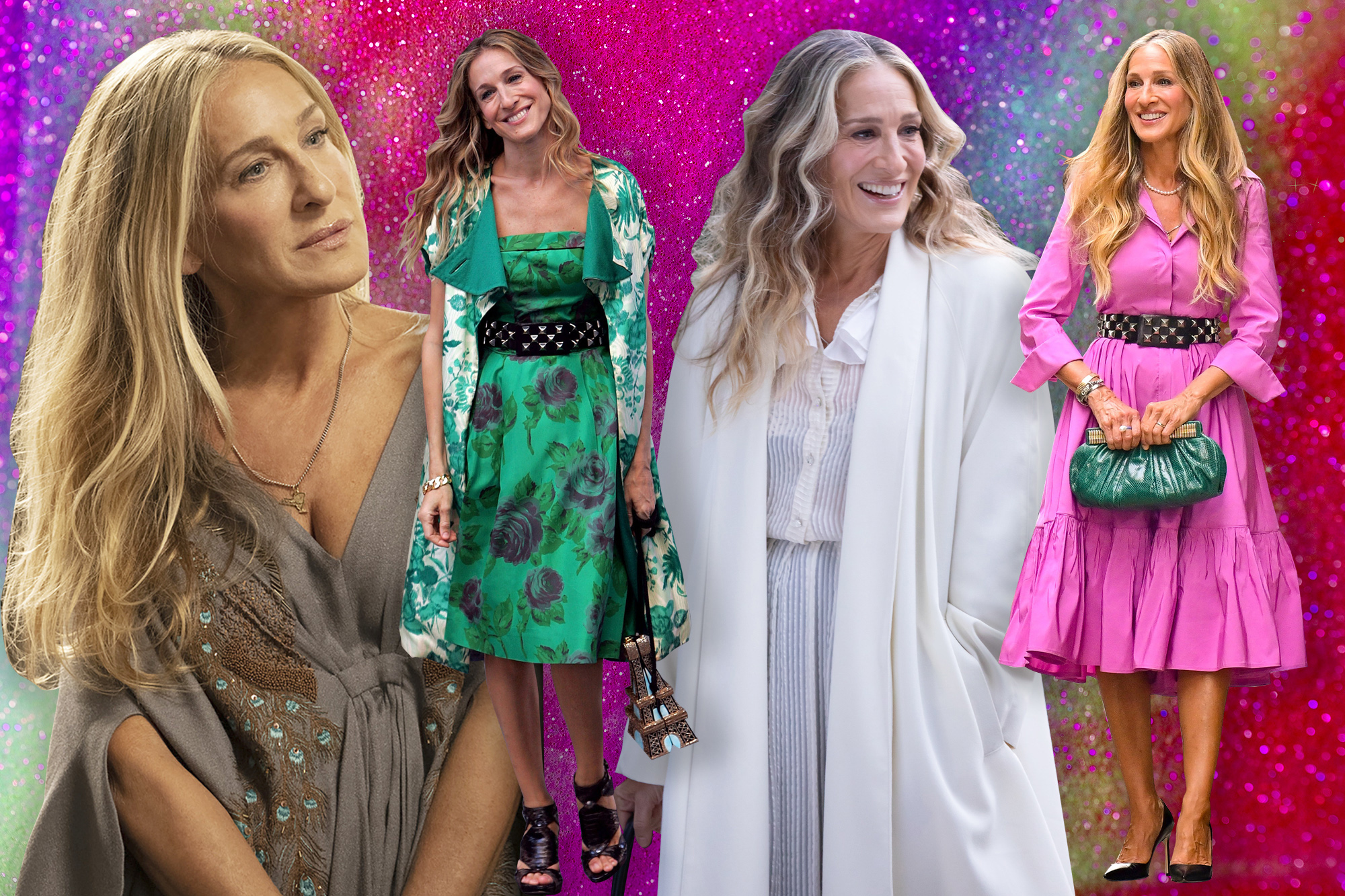 HBO’s “Sex and the City” spinoff “And Just Like That…” has brought Carrie Bradshaw back onto the screen and into our lives.

The latest incarnation of the series finds Carrie recently widowed, post-hip-surgery and actively emitting a wellspring of Libra vibes. Carrie’s birthday, and by association her zodiac sign, was revealed by “SATC” creators to be Oct. 10, 1966, making her a lovelorn Libra.

The domain of diplomats, dandies and snake oil salesmen, Libras deal heavily in charm. Always trying to make peace and play nice, they are quick with a ruffle-smoothing one-liner or an ice-breaking wisecrack. Bearer of levity that she is, it is no surprise that Carrie is the crowd favorite among celebrities, albeit not this columnist.

Problems arise, however, when Libras like Carrie prioritize likability over authenticity and — in attempting to be all things to all people — utterly lose sight of who they are. It is interesting to note that 56-year-old Sarah Jessica Parker — who has brought Carrie to life for nearly a quarter-century — is an Aries, the sign that sits opposite Libra on the zodiac wheel.

Love to love you, baby

Libra is the only sign represented by an inanimate object; it is also the sign of partnership, suggesting that natives require the energy of another person to activate them. Equal parts romantic and unrealistic, Libras go all in and fully codependent when it comes to love, sometimes ceding essential parts of their personhood in an attempt to make a relationship work. To wit: Carrie abandoning her career to move to Paris with a humorless, self-involved artist type with bad eyesight and a mean backhand.

Libra is ruled by Venus, the planet of love, attachments, aesthetics and value. This makes natives like Carrie deeply invested in appearance and acquisition; they love, covet and venerate beauty. Lest we forget that it was a pair of shoes that brought Big and Carrie back together or that she later transported her dead husband’s ashes in a Barney’s bag. As Charlotte admits in the planning stages of her inclusive dinner party, “I invited Carrie for fashion.” Indeed, the woman can dress and, more than any other character, her identity is inextricable from her personal style.

A throwback picture of Bradshaw in 2002.HBO

The influence of Venus manifests as the desire for everything and everyone to be beautiful. In a similar vein, Libra is deeply resistant to discord and any narrative that casts them in a villainous or unfavorable light, which serves to explain Carrie’s continued lamentation about her failed friendship with Samantha (played in the original series and two subsequent movies by Kim Cattrall). Libra simply cannot abide the uncouth or the unpretty. Cue Carrie spending an entire “SATC” episode cloaked in shame after accidentally farting in front of Big.

Always more demure than depraved — in public and in public perception — Libras prefer to keep up the veneer of civility. Yawn.

In addition to possessions and propriety, Libras and are very into chilling in beautiful environs while exerting minimal effort — apropos for Carrie, who was way ahead of the WFH revolution. Posted up in her brownstone, she all but perfected the art of looking pensive while writing, stretching and smoking.

People-pleasing can be deadly

Naturally adept at anticipating and meeting the needs of others, Libras can easily fall into a pattern of people-pleasing. We see the deadly consequences of that in Carrie’s decision to postpone her beach vacation with Big in order to attend Charlotte’s daughter’s piano recital. In attempting to placate her friend, she ignored her own wants and came home to find Big breathing his last breath on the bathroom floor. Herein lies the lesson for Carrie and all Libras like her: You are not obliged to put the needs of others ahead of your own. It is OK and absolutely necessary to say no, especially to dry musical performances, real fur and men with two first names.

Miranda, Carrie and Charlotte on the streets of New York and the set of “And Just Like That…”HBO Max

Carrie’s Libran nature was on full display during Big’s funeral arrangements. As an air sign, Libras tends to intellectualize, rather than vividly express, emotion. Further, the outbursts of others are not only unrelatable to them, they’re slightly embarrassing. Cue Carrie’s clear discomfort around Charlotte’s tear-shedding hysterics. It’s not that Libras don’t feel — it’s that their allegiance to keeping up appearances prevents them from publicly exhibiting those feelings.

Indeed, Carrie kept it together even when her world was falling apart, choosing an exquisite funeral space and a straight banger version of a widow’s weed. As Stanford noted, “I’m so proud of her. With all she’s going through, pulling it together, and giving us a look today, because people will be expecting it.” Like a true Libra, Carrie finds solace in aesthetics and purpose in presentation.

Keeping it together while falling apart, Carrie — flanked by Anthony and Stanford — attends her husband’s funeral. Craig Blankenhorn/HBO Max

Symbolized by the scales, Libras are ever-weighing options and always in pursuit of a perfect resolution. More often than not, that manifests as chronic indecisiveness, a quality evident in Carrie’s inability to choose or commit to a living space. Wrestling with the purchase of a new apartment, aided by what is presumably a serious chunk of dead husband capital, Carrie eventually buys a modern apartment with a river view — only to sell it and return to her pre-marital brownstone.

In addition to hesitancy, there’s a relentless idealism to Libra energy. They believe in the fairy tale, folks, and are deeply unmoored when their great expectations are not met or the object of their affection proves unworthy of the pedestal on which they have perched them. We see this quality play itself out in Carrie’s relationship with dead Big. She begins to grieve not when he departs, but when her image of him as a devoted husband is shaken by his decision to leave his ex-wife a cool million dollars — a choice that sends Carrie straight into stalker mode.

Widowhood is revolutionary for Carrie

While “And Just Like That…” continues to draw ire and eyerolls from fans and critics alike, it can’t be argued that the arch of the series is lending itself to Carrie’s personal evolution. In the midst of her bereavement, her pretenses have been dropped and her niceties put on notice. She is no longer mincing words or keeping the peace, and it’s refreshing to see this Libra get loose from the confines of likability and into the realm of rawness.

We see this progress through Carrie’s friendships, old and new. She calls Charlotte out for bogarting grief, Miranda for having an afternoon delight in her kitchen and hot girl Seema for not honoring her promise to respect her personal possessions (a cardinal sin for this Cardinal sign.) In fact, it is with Seema that Carrie seems to become the fullest version of herself, accepting and honoring that real friendships are the result of conflict resolution, rather than avoidance.

Perhaps most importantly of all and in encapsulation of Libra self-actualization, Carrie — who has always measured her self-worth by her romantic relationships — is, in the autumn of her life, learning to define herself by herself.