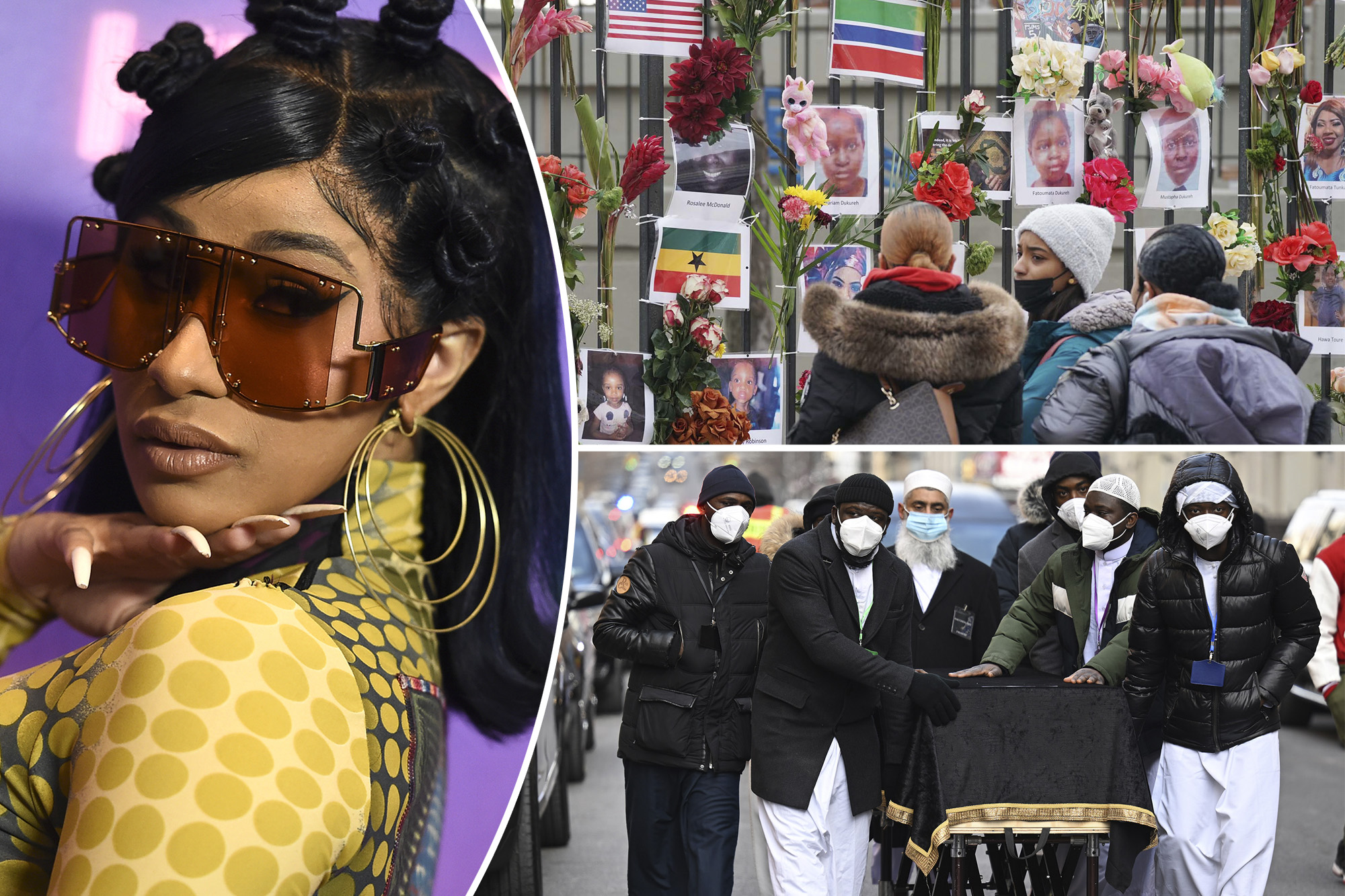 Cardi B is giving back to the Bronx.

The rapper will be partnering with NYC Mayor Eric Adams and the Mayor’s Fund to Advance NYC to cover the burial costs of those lost in the Bronx fire, which killed 19 people.

Cardi, a Bronx native, vowed to cover the expenses of the funerals to ease any financial burden faced by the families, according to the Wednesday announcement by the mayor’s office.

“The resilience of this city reflects everyday New Yorkers who never turn their back on one another,” Mayor Adams said in a statement. “We are grateful for Cardi B, a real superstar on and off the mic, for granting some critical financial relief to families of the victims.”

Mayor Eric Adams promised the people of New York City that he would take care of those affected by the blaze.Paul Martinka for NY Post

He continued on, saying the city will be “forever thankful” for her contributions. Cardi, “in true New York fashion,” quickly sprung into action, added co-executive directors of the Mayor’s Fund, Daniele Baierlein and Jorge Luis Paniagua Valle.

“I’m extremely proud to be from the Bronx and I have lots of family and friends who live and work there still. So, when I heard about the fire and all of the victims, I knew I needed to do something to help,” said Cardi B, adding that she “cannot being to imagine the pain and anguish” the families are in.

Firefighters at the scene helped people escape the building while the fire raged.Tomas E. Gaston for NY Post

The horrific blaze — and the city’s deadliest in more than 30 years — ripped through an apartment building in the Bronx on Jan. 8, which authorities blamed on a malfunctioning space heater.

Witnesses told The Post they heard children crying for help and watched as bodies were “carried off every floor.”

Amongst the 19 people dead were nine children and another 32 with life-threatening injuries.

The memorial site at the scene of the fire stands to honor those lost in the Bronx tragedy.Brigitte Stelzer for NY Post

“This is going to be one of the worst fires we have witnessed in the city of New York in modern times,” Mayor Adams said at the scene, according to earlier reporting from The Post.

The Bronx Fire Relief Fund, according to the official City Hall website, has received thousands of grassroots donations, raising more than $2.5 million as of Jan. 19.

We made a promise to everyone affected by last weekend’s fire in the Bronx to be there for them. Since yesterday, the @MayorsPEU has delivered cash gift cards to 107 households. That’s 107 families with immediate relief. Teams will be back tomorrow to deliver more support. https://t.co/NcGdT1LElM— Mayor Eric Adams (@NYCMayor) January 16, 2022

“I hope that not having to worry about the costs associated with burying their loved ones will help as they move forward and heal,” Cardi B said in a statement. “I send my prayers and condolences to everyone affected by this horrific tragedy.”

On Jan. 16, Mayor Adams tweeted that he was following through on his promise to provide for the families affected by the inferno, writing that he delivered cash gift cards to 107 households.