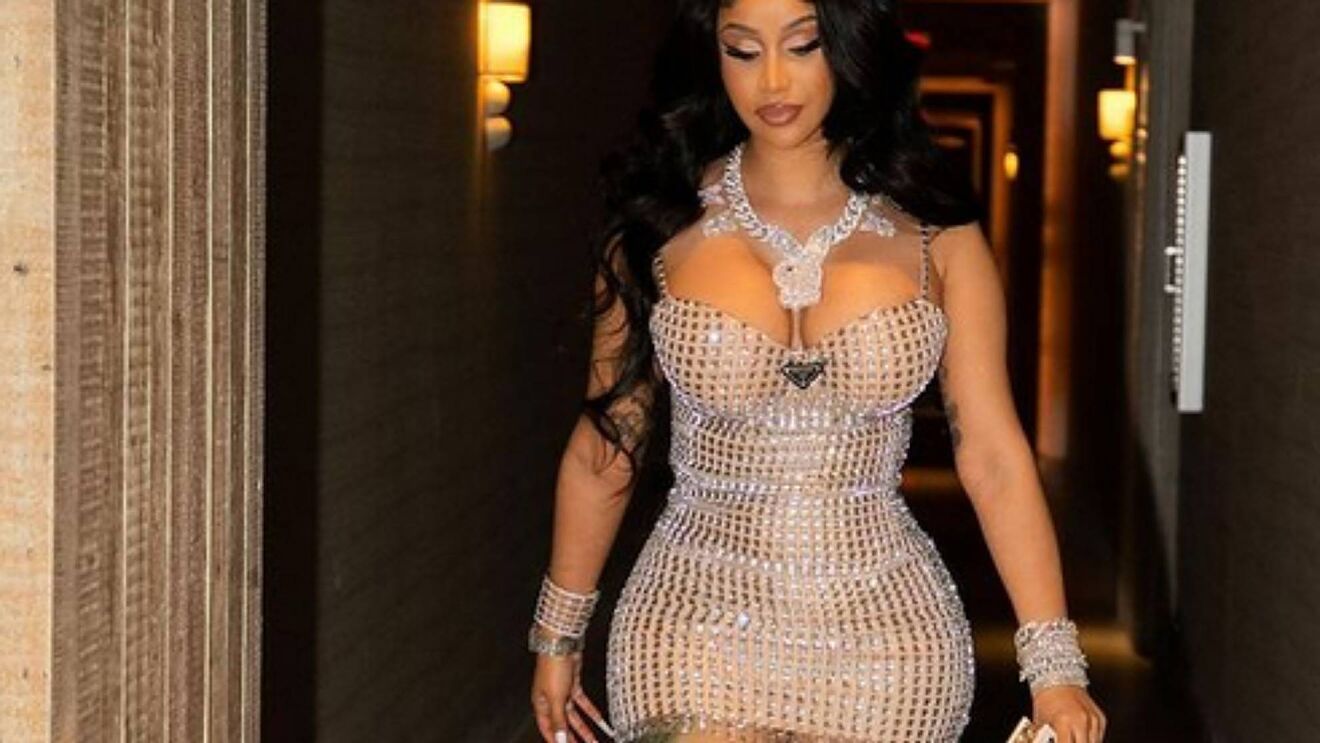 Cardi B just marked a victory in court and The Shade Room addresses what exactly happened. Check out the reports below. ‘As previously reported, #CardiB brought a lawsuit against blogger #TashaK in 2019 for spreading lies about her online. Tasha, whose real name is Latasha Kebe, told stories related to sex, drugs and infidelity about Cardi in nearly 40 videos beginning in 2018,’ TSR began.

TSR continued and said: ‘Well, a jury sided with Cardi on Monday and found Tasha and her company Kebe Studios LLC liable in all accusations. This includes defamation, invasion of privacy through false light portrayal and intentional infliction of emotional distress.’ The Shade Room also said: ‘Journalist @mrdennisbyron brought the initial reports of the win to social media. Tasha K previously told her viewers that Cardi B worked as a prostitute and contracted several sexually transmitted infections including herpes. In one video, Tasha also alleged that Cardi committed sexual, penetrative acts with beer bottles on stage during her time as a stripper.’

Turns out, Tasha K’s stories were nothing but fake stories. Someone else said: ‘That’s good for her Tasha K does way to much!!’ and a fan said: ‘Good !! I wonder if Tasha a humble herself moving forward.’ A commenter posted this: ‘Good! People shouldn’t be allowed to get away with maliciously false stories.’ One other follower said: ‘This will have certain implications on fellow YouTubers with similar platforms.’ Another commenter said this: ‘Let this be a lesson for other bloggers who think it’s ok to spread false rumors.’ Cardi B   impresses her fans with the latest move that she recently made. Check out the post that The Shade room shared. ‘More than a week ago, 17 lives were lost following a deadly fire that occurred in an apartment building in the Bronx area of New York City. Now Bronx-native, #CardiB is stepping up to help cover the costs as the families prepare to lay their loved ones to rest,’ The Shade Room notes.

What astrology reveals about Jason Momoa and Lisa Bonet’s breakup
Tim Cook gets restraining order against accused stalker claiming to be his kids’ mom
We use cookies on our website to give you the most relevant experience by remembering your preferences and repeat visits. By clicking “Accept All”, you consent to the use of ALL the cookies. However, you may visit "Cookie Settings" to provide a controlled consent.
Cookie SettingsAccept All
Manage consent