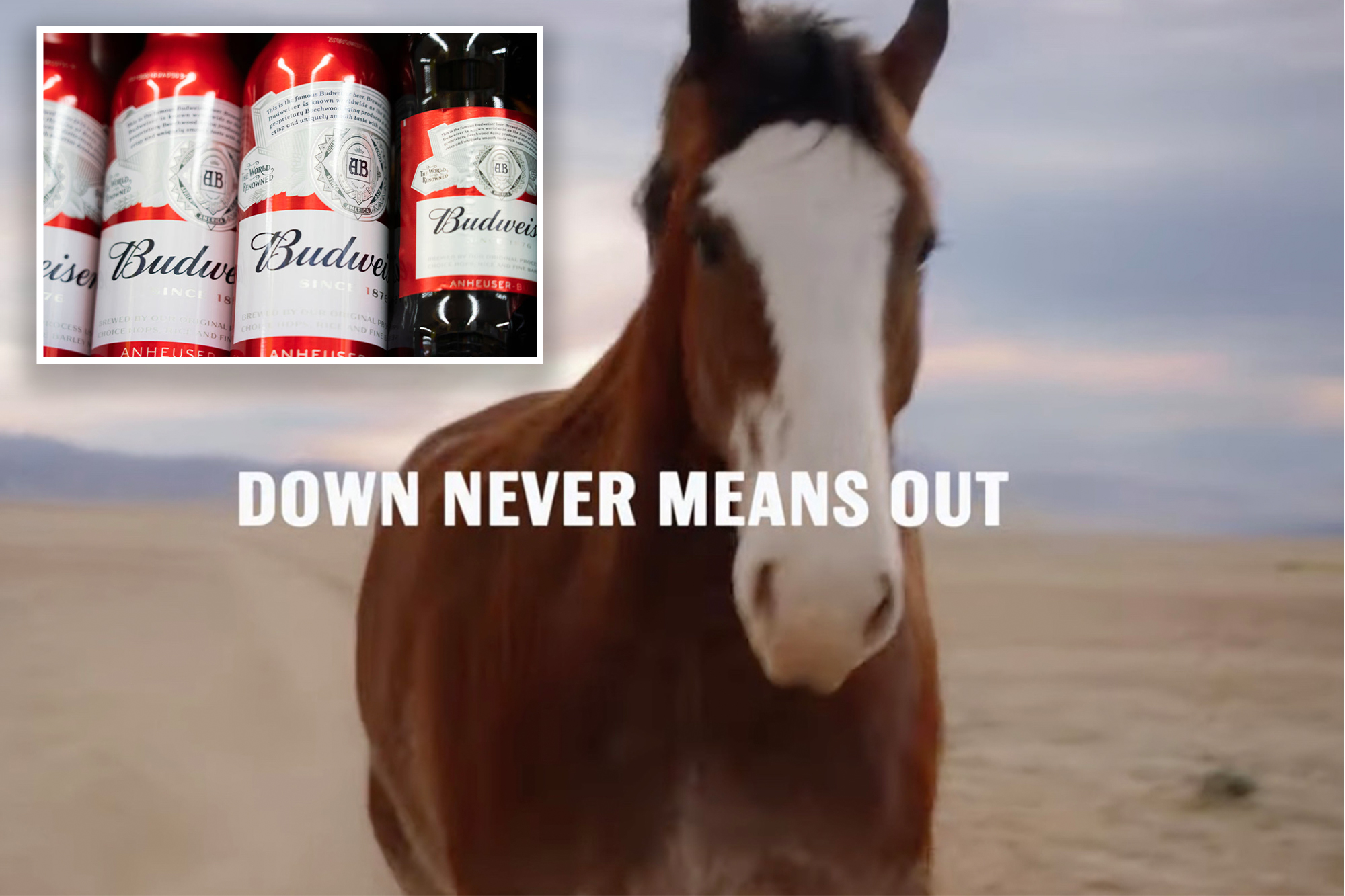 This Budweiser Super Bowl LVI ad takes the reins on all of our emotions.

Titled “A Clydesdale’s Journey,” it’s the minute-long story of a wounded horse who finds the will to run in a tale more hard-hitting than a 12-pack of the brand’s lagers.

Directed by Oscar winner Chloé Zhao of “Nomadland,” the horse is shown enduring a painful fall into barbed wire along with the crushing sadness the hurt equine felt while confined to its stable, unable to run.

After what appeared to be a long and hard winter, the horse — with motivation from Budweiser’s iconic retriever dog — manages a heartfelt recovery to a slowed-down tune of the “Star-Spangled Banner” as its owners look on in awe as the Clydesdale takes off at full speed through their ranch.

“This Super Bowl we have one message for America: In the home of the brave, down never means out,” the beer brand captioned the commercial.

The inspirational tale that follows one of the brand’s beloved Clydesdales is meant to be a metaphor for what the nation has been enduring, said Daniel Blake, Budweiser’s vice president of marketing.

“The Clydesdales are, for many people, a symbol of America, a symbol of hope, of strength, of resilience,” Blake told USA TODAY Sports of the “comeback story.”

The move to pull on the nation’s heartstrings comes after Budweiser opted to not run any ads during last year’s Super Bowl, instead putting the money toward vaccine education.

“For us to come back, with a symbol of America but also a story of injury, the road to recovery and ultimately, this triumph, I think is a really important message for the country to hear right now and one that really, only Budweiser can tell in this way,” Blake added, predicting the spot will hit people “kind of deep in their core.”

The moving narrative showing the plight of both the horse and dog is also one that Blake believes can bring the US closer together.

“It should ultimately be a really unifying message that everyone can come together and feel pride that as Americans, we always bounce back.”

The horse’s comeback story is meant to be a metaphor for the nation, according to Budweiser.

This commercial isn’t the first time Budweiser diverted from its usual slapstick banter by enacting the Clydesdales to pull on the nation’s heartstrings.

The January after 9/11, the company aired a one-time ad that showed the horses march from their farm and across the Brooklyn Bridge where they all bowed at the site of Ground Zero. Budweiser re-created the tear-jerking commercial for the 10th and 20th anniversaries of 9/11 as well.