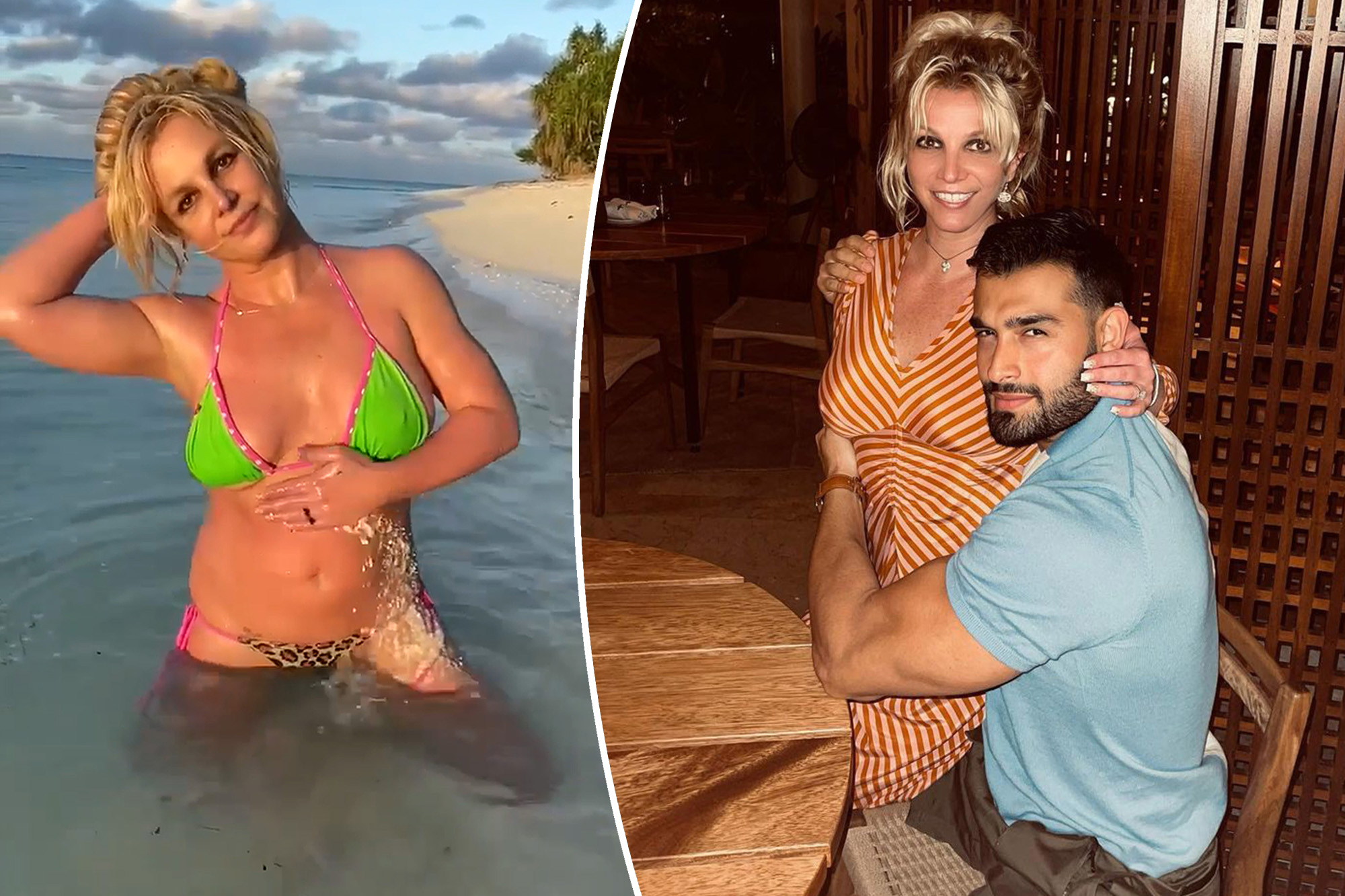 It may be “raining cats & dogs” during Britney Spears and Sam Asghari’s tropical honeymoon, but the pop princess isn’t letting a little bad weather get her down.

Spears posted a video of herself splashing in the surf on Instagram Monday, clad in a neon green-and-pink Doll bikini top ($35) and leopard-print bottom.

The brand appears to be one of the 40-year-old superstar’s favorite swimwear sources, as she modeled a similar style on social media last month while showing off her post-wedding haircut.

While there wasn’t a rain cloud in sight in the clip, Spears bemoaned in her caption, “Of course on my honeymoon the suns [sic] not out !!!”

She also said she’s been passing the time by watching “How to Lose a Guy in 10 Days” — her “fave comedy of all time” — and snacking on fruit, “cause its too hot and muggy to eat hot food !!!”

Of the latter, she described it as so tasty, “it melts and puts me in bliss.”

It seems Spears and Asghari, 28, didn’t travel to the tropical destination solo; the Grammy winner also shared a video of her husband carrying the couple’s Australian Shepherd, Sawyer, on their private jet — presumably en route to their honeymoon.

Spears and Asghari tied the knot on June 9.samasghari/Instagram

The “Toxic” songstress married her longtime love at her former home in Thousand Oaks, Calif., on June 9. Spears walked down the aisle in a custom dress and veil from Atelier Versace, which also provided the groom’s tuxedo.

After the “I dos,” the duo danced the night away alongside celebrity pals like Madonna, Paris Hilton and Selena Gomez, with the bride partying in three different Versace reception looks.

Ray J gets his sister Brandy’s face tattooed on his leg
North West wears dad Kanye West’s Pastelle jacket in Paris
We use cookies on our website to give you the most relevant experience by remembering your preferences and repeat visits. By clicking “Accept All”, you consent to the use of ALL the cookies. However, you may visit "Cookie Settings" to provide a controlled consent.
Cookie SettingsAccept All
Manage consent