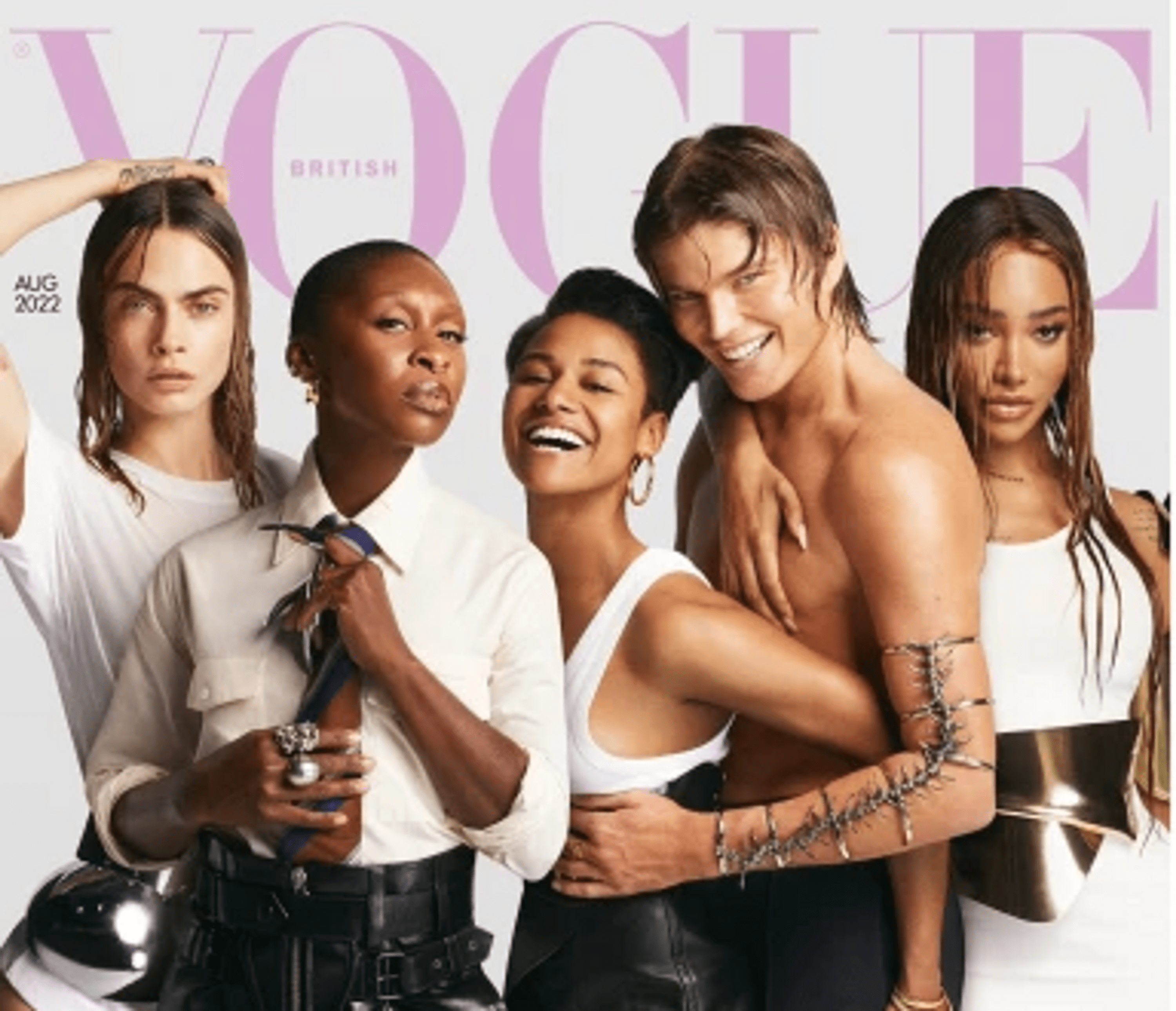 The corresponding pictures appeared in the official accounts of the publication on social networks. In the lens of fashion photographers Mert Alas and Marcus Piggott, Cara Delevingne appeared topless, covering her breasts with her hands in “armor” from Manuel Albarran and Dior jewelry. The look is completed with wet hair styling and natural makeup.

“What would August cover star Cara Delevingne say to her little self? “Accept yourself, good and bad. Just accept yourself for who you are.” In the new issue, 11 LGBTQ+ activists joined Delevingne. In addition to Cara Delevingne, the star of Hamilton and West Side Story, Ariana DeBos, singer Cynthia Erivo, and others also participated in the shooting. In a previous post, Selena Gomez revealed the meaning of identical tattoos with Cara Delevingne

Actress and singer Selena Gomez, on Live with Kelly and Ryan, talked about the meaning of a pair tattoo with her friend Cara Delevingne. Gomez told the hosts that she considers Delevingne “one of her best friends.” Indeed, Gomez and Delevingne have been friends for several years, starting from the time they starred together in the music video for mutual friend Taylor Swift’s “Bad Blood.” “It means a few different things. She calls me Rosebud, so that’s a nickname. And I always wanted a rose; now I have it,” she said. During the conversation, Gomez also revealed that she has a “lot” of tattoos associated with people who have left a significant mark on her life for example, her mother, actress Mandy Teefy, and close friend, singer Julie Michaels. Previously, Cara Delevingne and Selena Gomez got the same tattoos from the celebrity tattoo artist Bang Bang. The friends who played in the series “Murders in the same building” were photographed, revealing new drawings on the body: Delevingne posed topless, and Gomez in a top with an open back.

Claire Foy, who recreated Queen Elizabeth II in the TV sequel The Crown, faced a stalker
‘Friends’ creator apologizes for lack of black characters
We use cookies on our website to give you the most relevant experience by remembering your preferences and repeat visits. By clicking “Accept All”, you consent to the use of ALL the cookies. However, you may visit "Cookie Settings" to provide a controlled consent.
Cookie SettingsAccept All
Manage consent