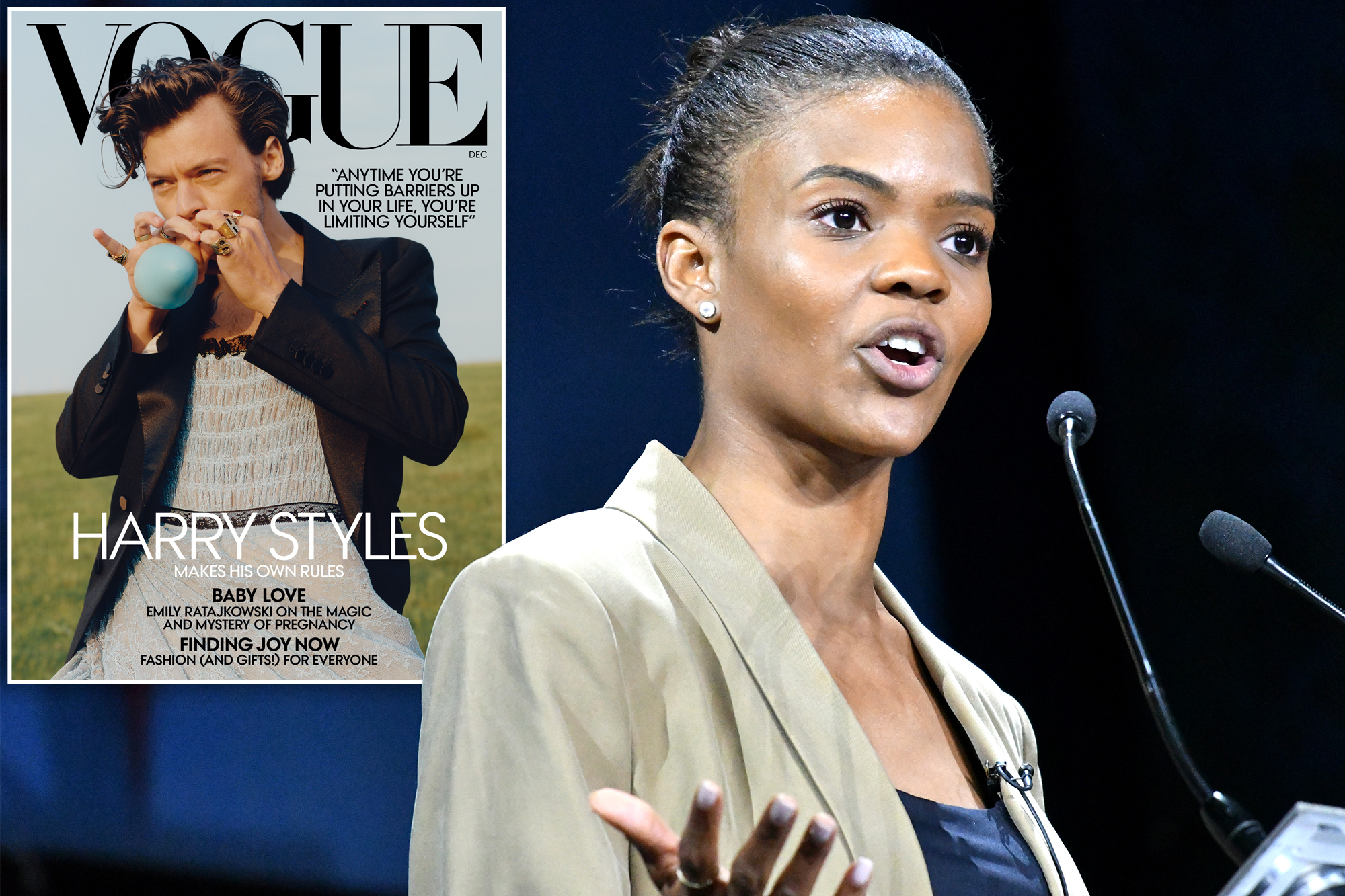 He’s dragging the patriarchy down.

So says conservative firebrand Candace Owens of 26-year-old “Cherry” singer Harry Styles’ new American Vogue cover, in which he wears a ball gown and custom Gucci jacket.
“There is no society that can survive without strong men,” Owens, 31, wrote on Twitter in response to the photos of Styles, who, with the cover, became Vogue’s first solo male cover star. “The East knows this. In the west, the steady feminization of our men at the same time that Marxism is being taught to our children is not a coincidence. It is an outright attack. Bring back manly men.”
The tweet has racked up more than 74,000 likes. Its most liked response, from actress and filmmaker Olivia Wilde, has over 58,000 likes, and reads: “You’re pathetic.”
In the Vogue profile, Styles talks openly about his love for traditionally female clothing. “I’ll go in shops sometimes, and I just find myself looking at the women’s clothes thinking they’re amazing,” he told the magazine, further declaring that “you can never be overdressed. There’s no such thing.”

He’s inspired by gender-blurring male showmen including David Bowie, Prince, Elvis, Freddie Mercury and Elton John, whom he also looks up to musically.
While flamboyant outfits felt “mind-blowing” as a child, today he feels comfortable in more extreme outfits.
“Now I’ll put on something that feels really flamboyant, and I don’t feel crazy wearing it. I think if you get something that you feel amazing in, it’s like a superhero outfit,” he said. “Clothes are there to have fun with and experiment with and play with. What’s really exciting is that all of these lines are just kind of crumbling away. When you take away ‘There’s clothes for men and there’s clothes for women,’ once you remove any barriers, obviously you open up the arena in which you can play.”
Harry Styles’ Vogue cover and US pro-Trump activist Candace Owens giving a speech during a 2019 convention in Paris.NurPhoto; Vogue