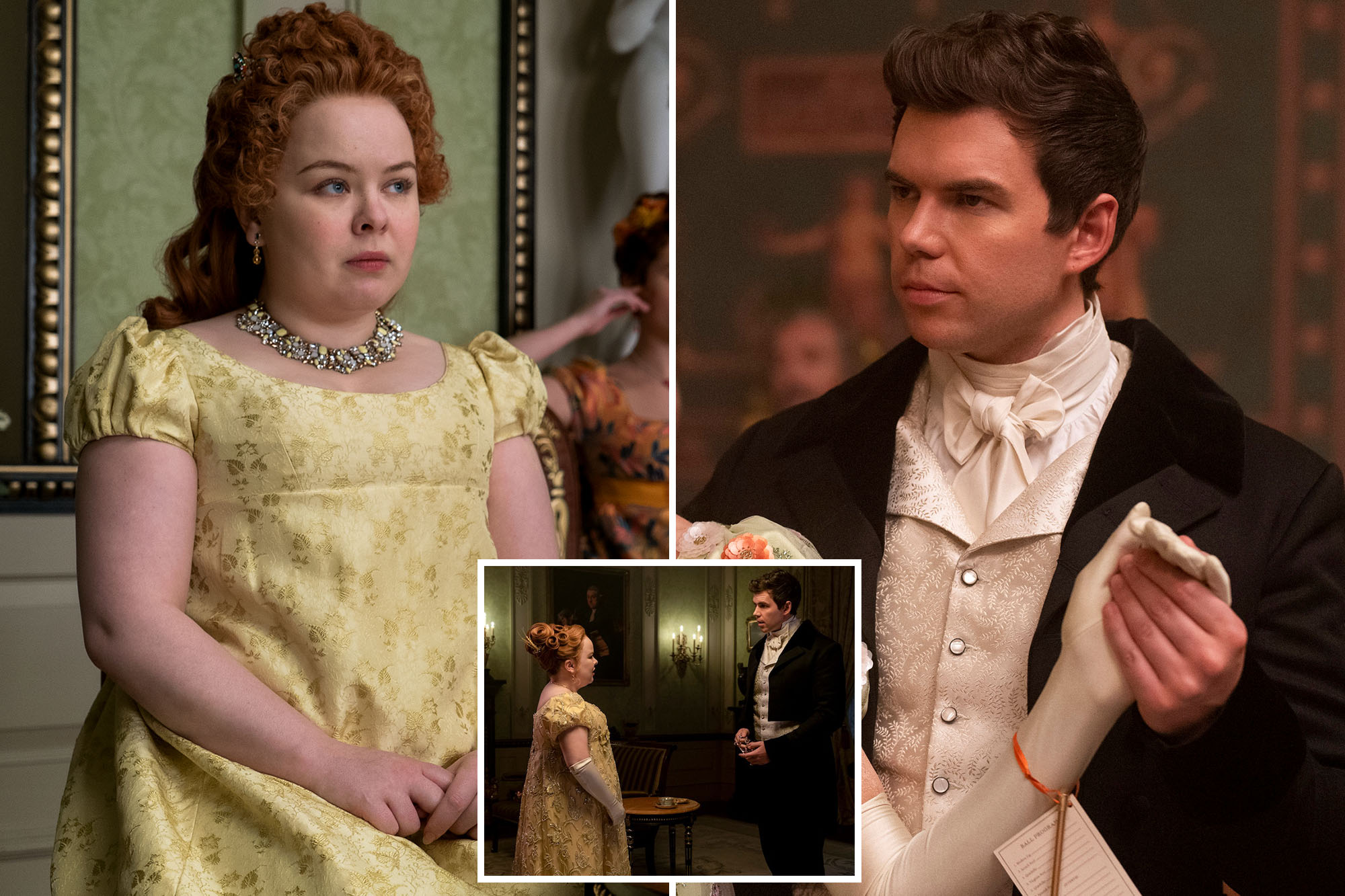 Season 3 of “Bridgerton” will focus on Penelope Featherington’s love story with her crush Colin Bridgerton, straying from the order of Julia Quinn’s book series.

Nicola Coughlan — who plays Penelope, and Lady Whistledown, for those unfamiliar with “The Ton” — revealed her character will be next to find love during an appearance at Netflix’s FYSee panel on Sunday.

“Like Lady Whistledown, I have been keeping a secret for quite some time, and I can confirm to you all that Season 3 is Colin and Penelope’s love story,” said Coughlan, 35. “I have kept that secret since two weeks into Season 2. This is the first time I am saying it here.”

She also posted about “#Polin,” the nickname fans affectionately call the pair, on Instagram.

Nicola Coughlan, 35, made the announcement on Sunday.Getty Images for Netflix

Coughlan, whose alter ego is Lady Whistledown, appeared at the event with Season 2 co-stars Simone Ashley and Charithra Chandran.Getty Images for Netflix

“I love Polin,” said Luke Newton, who plays Colin Bridgerton. “There’s so much love for that relationship. Which brings its pressures because there are people that are really excited about this story to come to the forefront. But also it really warms me.”

As fans know, Penelope has been secretly in love with Colin, the third-eldest Bridgerton and brother of her bestie, Eloise (played by Claudia Jessie), but had her heart broken when she overheard him saying he would never consider her for marriage.

“If they are eventually going to end up together, she’s got to stop idolizing him so much,” Coughlan told TV Insider in April. “She thinks he’s perfect. He cannot do any wrong in her eyes. So, she has to start seeing him as a real human being and not this perfect boy. The playing field definitely needs to level for the two of them ever to have a relationship. Well, let’s hope that’s going to happen.”

Season 2 ended with a cliffhanger of sorts for Colin and Penelope after she overheard him saying he would never marry her.Liam Daniel / Netflix

In Quinn’s books, next in line for romance was Benedict Bridgerton, who will likely have his day after Penelope in a later season.

The first season focused on the courtship of Daphne Bridgerton (Phoebe Dynevor) fan favorite the sultry Duke of Hastings (Regé-Jean Page). While the first iteration was packed with sex and nudity, Season 2 was decidedly tamer while showing the relationship between Anthony Bridgerton (Jonathan Bailey) and Kate (Simone Ashley).

Showrunner Shonda Rhimes previously hinted that while every Bridgerton will have their day, it might not come in the exact order of the book series.

“There’s eight Bridgerton siblings, so there are eight books. We are definitely planning on following each one of their romantic stories,” she told “Entertainment Tonight” in March. “We are not necessarily going in order. But we are going to be seeing each of the siblings and their story.”

Is NYC living up to its ‘whoring ’20s’ reputation of wild sex?
Yumi Nu ‘shaking’ over SI Swimsuit cover reveal
We use cookies on our website to give you the most relevant experience by remembering your preferences and repeat visits. By clicking “Accept All”, you consent to the use of ALL the cookies. However, you may visit "Cookie Settings" to provide a controlled consent.
Cookie SettingsAccept All
Manage consent