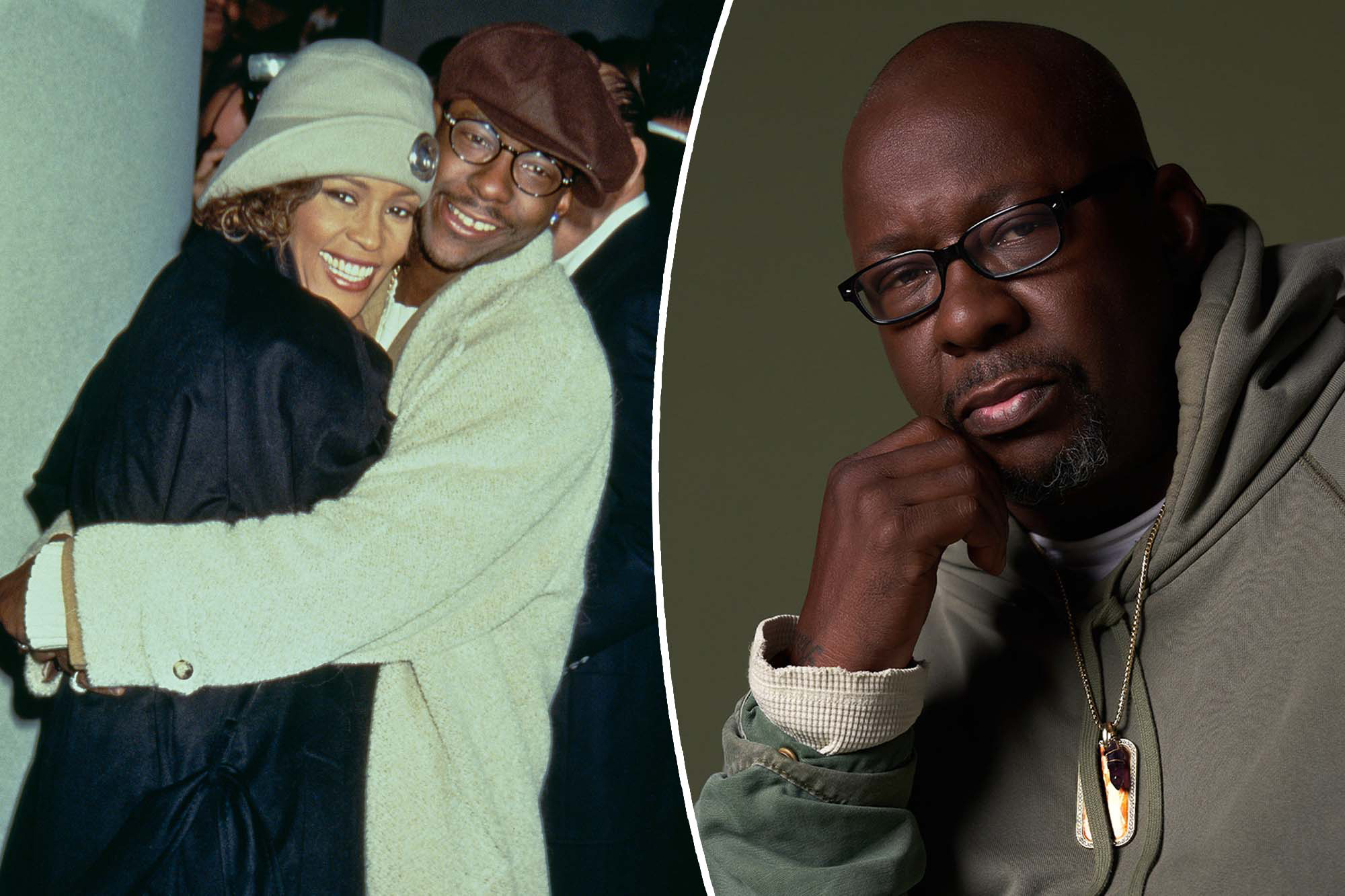 As a newlywed couple, Bobby Brown and Whitney Houston sang about having “Something in Common” on their first duet in 1992.

And before his wedding to the late pop superstar on July 18, 1992, the jittery groom — who had been “drinking and smoking, sniffing” in the bathroom — discovered that the two shared even more than their hot music careers.

“I walked in and, um, saw her doing a line of coke. It was a shocker to me seeing her sniff for the first time,” he revealed in the new A&E documentary “Biography: Bobby Brown,” which premieres on Monday and Tuesday nights. “I think that was when I realized that we had more in common than I thought. I was new to it, and I guess she had been doing it for a while.”

In the four-part doc, the “My Prerogative” singer opens up about everything from his tumultuous relationship with Houston and affairs with other pop divas to his sex addiction, substance abuse and the tragic deaths of his children Bobbi Kristina and Bobby Jr.

Brown, 53, told The Post that making the documentary was a “healing” process for him. “Because of the losses I’ve gone through and me trying to get well with myself, it was therapeutic,” he said. “It was my time to clean out my closet.”

The documentary traces how Brown and four friends in the inner-city Boston neighborhood of Roxbury formed New Edition when they were kids and went on to have success with Jackson 5-esque hits such as “Candy Girl” and “Mr. Telephone Man.”

Brown was the group’s resident bad boy: He sold drugs even after their breakthrough and rebelled against their bubblegum image — which would eventually get him voted out of New Edition.

“I wanted revenge,” said Brown, who went on to become a solo superstar with new jack swing classics such as “Don’t Be Cruel” and “Every Little Step.”

With New Edition, Bobby Brown (second from left) rose up from the projects in Boston.Corbis/VCG via Getty Images

And in those days, Brown did plenty of humpin’ around. “I believe I was a sex addict,” he said.

In fact, before Houston came along, Brown had affairs with two of the era’s other reigning pop queens: Madonna and Janet Jackson. “Did I sleep with Madonna? We didn’t do any sleeping,” he said.

Describing Jackson as “the crush of my life,” Brown said, “The reason me and Janet broke off was because she couldn’t be with a man like myself. I’m from the projects. I’m hood.”

But it was “love at first sight” for Brown when he met Houston backstage at the Soul Train Music Awards in 1989. And the lovebirds were in lust too.

“Me and Whitney’s sex life was pretty intense,” said Brown. “It didn’t matter where we were.”

The couple even overcame Brown’s infidelity right before they got married, resulting in his son Bobby Jr., who was born just three months before their daughter Bobbi Kristina.

“We always felt that our love was strong enough to overcome any obstacle that was put in front of us,” he said. “We would still be together if it wasn’t for, you know, drugs. Drugs just got the best of us.”

There were also issues with Houston’s longtime assistant — and former lover — Robyn Crawford. “I didn’t know that Whitney’s relationship was more than just friends until later on in our marriage,” said Brown in the doc.

Now, Brown regrets that Crawford ended up leaving Houston’s team. “Robyn was a good friend to Whitney,” he said, “and I can say that I wish Robyn was still in her life, you know, at the end.”

Bobby Brown and his wife of 10 years, Alicia Etheredge, who is also his manager.Copyright: Todd Kaplan

By the time he went to jail for parole violations stemming from a DUI conviction in 2000, Brown had graduated from cocaine, crack and weed to heroin. But he kicked his drug habit behind bars. “I get out of jail, and I stopped doing drugs, but, um, I started overindulging myself in alcohol,” he said.

But, he adds, “Whitney was still using hard drugs,” which contributed to the couple getting divorced in 2007. And after Houston’s death in 2012, it was their daughter Bobbi Kristina who suffered the most. In 2015, she was found unconscious in her bathtub — eerily similar to her mother — and, after being placed in a medically induced coma, she died months later at just 22.

Then, in 2020, Brown’s son Bobby Jr. died of an accidental overdose of fentanyl, cocaine and alcohol.

Now clean and sober, Brown is enjoying a happy family life with his wife of 10 years, Alicia Etheredge — who is also his manager— and their three young kids. In fact, their lives will be followed in the A&E reality show “Bobby Brown: Every Little Step,” which premieres after the documentary on Tuesday.

But don’t expect a repeat of the “train wreck” that was “Being Bobby Brown.”

And fresh off a reunion tour with New Edition, Brown is hoping that the documentary and reality show will help people see him in a new light.

Navy captain on grueling ‘Top Gun: Maverick’ training
Ray Liotta said he handled career ‘too preciously,’ had regrets
We use cookies on our website to give you the most relevant experience by remembering your preferences and repeat visits. By clicking “Accept All”, you consent to the use of ALL the cookies. However, you may visit "Cookie Settings" to provide a controlled consent.
Cookie SettingsAccept All
Manage consent