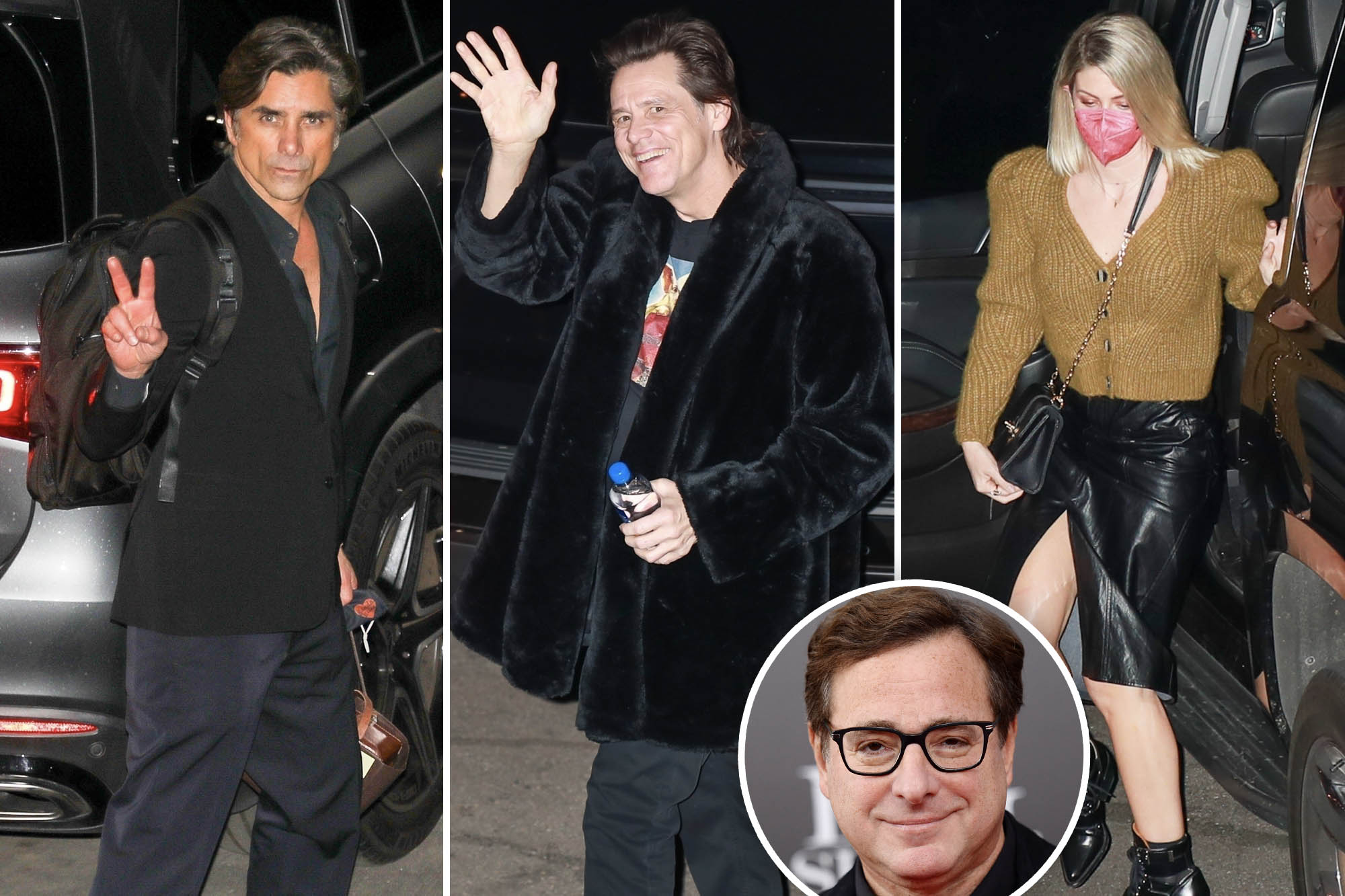 Hordes of Bob Saget’s loved ones, including widow Kelly Rizzo and friends John Stamos and Chris Rock, attended a special “impromptu” event Sunday night to pay tribute to the late actor at The Comedy Store in West Hollywood.

“After Bob’s fancy funeral we threw him a small impromptu punk rock shiva upstairs at the @thecomedystore,” Jeff Ross, who was also in attendance, wrote in a post to Instagram Sunday. “We laughed and cried for four hours. Tonight we are doing it again in the Main Room for his friends and family.”

Ross, 56, added, “If Bob ever made you smile and you have it in your heart or wallet please donate to @srfcure. It’s a terrible disease that mostly affects women. Finding a cure is a mission that meant a lot to Bob personally…🍸L’Chaim!”

Saget’s daughters Aubrey, 35, Lara, 32, and Jennifer, 29, were seen arriving to the function as well as Rizzo, who was dressed in a black leather skirt and a brown sweater.

Meanwhile, Jim Carrey was photographed in good spirits as he entered the venue wearing a big furry coat while clutching a bottle of water.

Darren Criss arrived in all-black while holding his guitar, suggesting that the former “Glee” star, 34, could have taken to the stage to perform a song.

Rock, 56, also showed up dressed casually in jeans, a black sweater and glasses while wearing headphones over his ears.

His “Full House” co-star and good friend Stamos was seen arriving in all black. BACKGRID

Saget was found dead at the age of 65 in his hotel room in Orlando, Fla., on Jan. 9. His cause of death has yet to be revealed, though there were no signs of foul play or drug use, according to authorities.

Over 100 A-listers turned up to mourn Saget at his Jan. 14 funeral, including Dave Chappelle, John Mayer, Howie Mandel and Kathy Griffin. His “Full House” co-star Stamos, 58, delivered an emotional eulogy in which he called Saget “a guardian angel with the dirtiest mouth and a heart as big and benevolent as forever.”