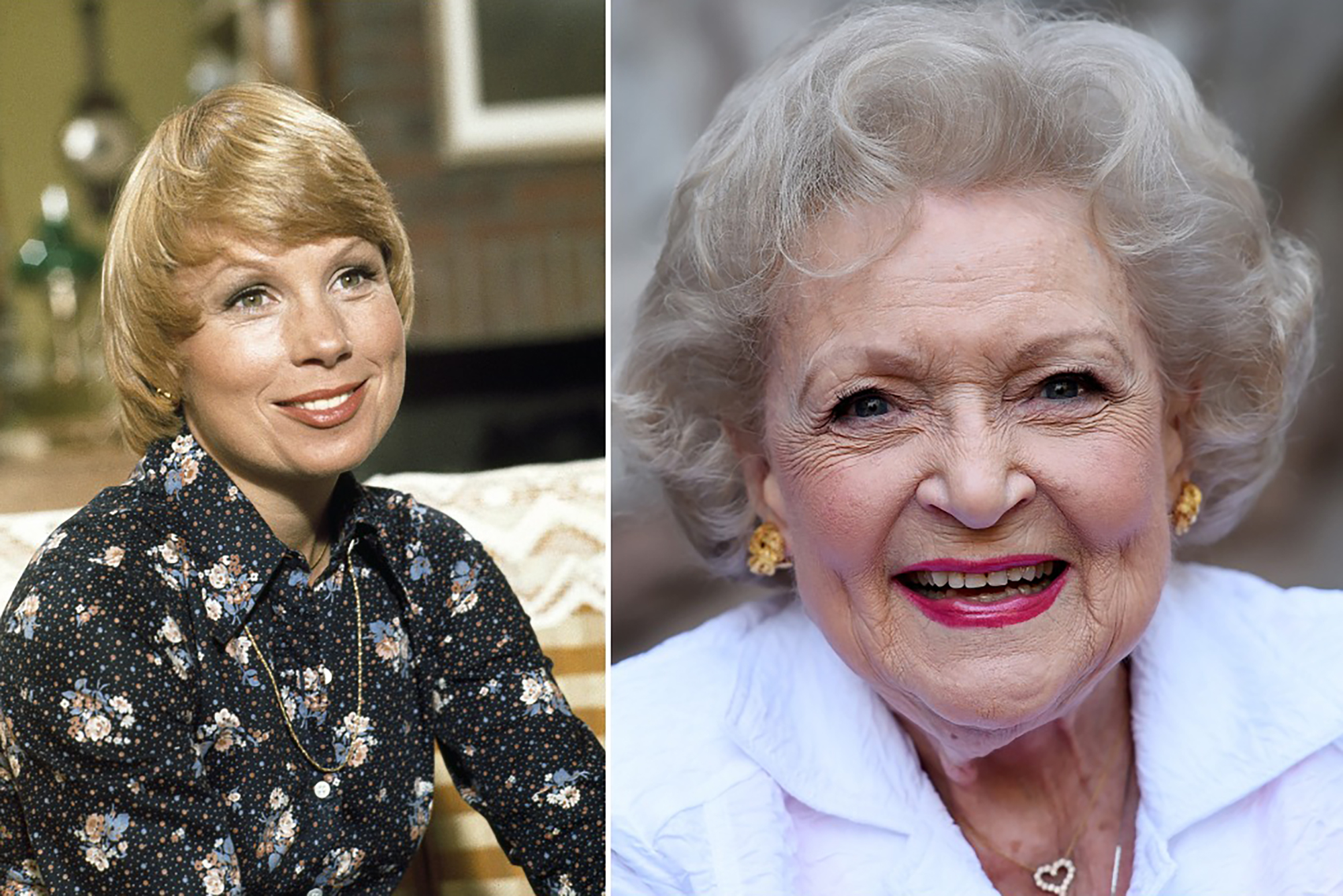 The showbiz icon for more than eight decades died at the age of 99 on Dec. 31.

To commemorate what would have been White’s milestone birthday, her “The Mary Tyler Show” co-star Joyce Bulifant is looking back fondly on her time working with America’s eternal golden girl in the 1970s.

“We all felt that Betty was going to live forever,” Bulifant, 84, told Fox News. “But she will live forever in all of our hearts because wherever she went, she just made you feel fun and joyous.”

Candles burn at a memorial to actress Betty White next to her star on the Hollywood Walk of Fame, Dec. 31, 2021, in Hollywood.AFP via Getty Images

“We were together on set, but also on game shows, too,” Bulifant continued. “We appeared on ‘Match Game,’ and I sat in the same seat that she did to keep it warm for her until she came back. I just remember her being so warm, joyful and welcoming to me. She was always so kind, not just to me, but to everyone she met.”

Of the animal advocate’s role as saucy Sue Ann, Bulifant remembered how “she brought her own wonderful sense of humor to that role.” She said, “She made Sue Ann flirtatious and deliciously fun for everyone. She was able to make innuendos without being salacious. She certainly had a gift.”

Joyce Bulifant in 1976 and Betty White in 2015. “With Betty, I think we all thought she was going to live forever,” Bulifant said. “I miss her warmth and kindness.”Getty Images/WireImage

Bulifant revealed that she kept in touch with White as the years went on and she had hoped to visit her before her passing.

“I felt awful because I had moved to Colorado and lost track for a while,” she said. “And then when I came to LA for a visit, I wanted to see her. I called and the lady who took care of making arrangements for her answered. I told her I wanted to see her, and she said, ‘Oh yes, Betty would love that. She would love to see you. I’ll get back to you. Please call me again on this day so we can schedule it and make it happen.’ I wrote down the number she gave me and I lost that slip of paper. And then my husband had been diagnosed with cancer. So I was certainly not in a good frame of mind to keep anything together.”

“I lost track,” Bulifant said. “That makes me very sad … you just never know how much time you have with someone. And with Betty, I think we all thought she was going to live forever. I miss her warmth and kindness.”

In honor of White’s 100th birthday, fans have been undertaking the #BettyWhiteChallenege. The virtual event is taking place on her b-day and asks fans to donate $5 to animal rescues or shelters in her name.