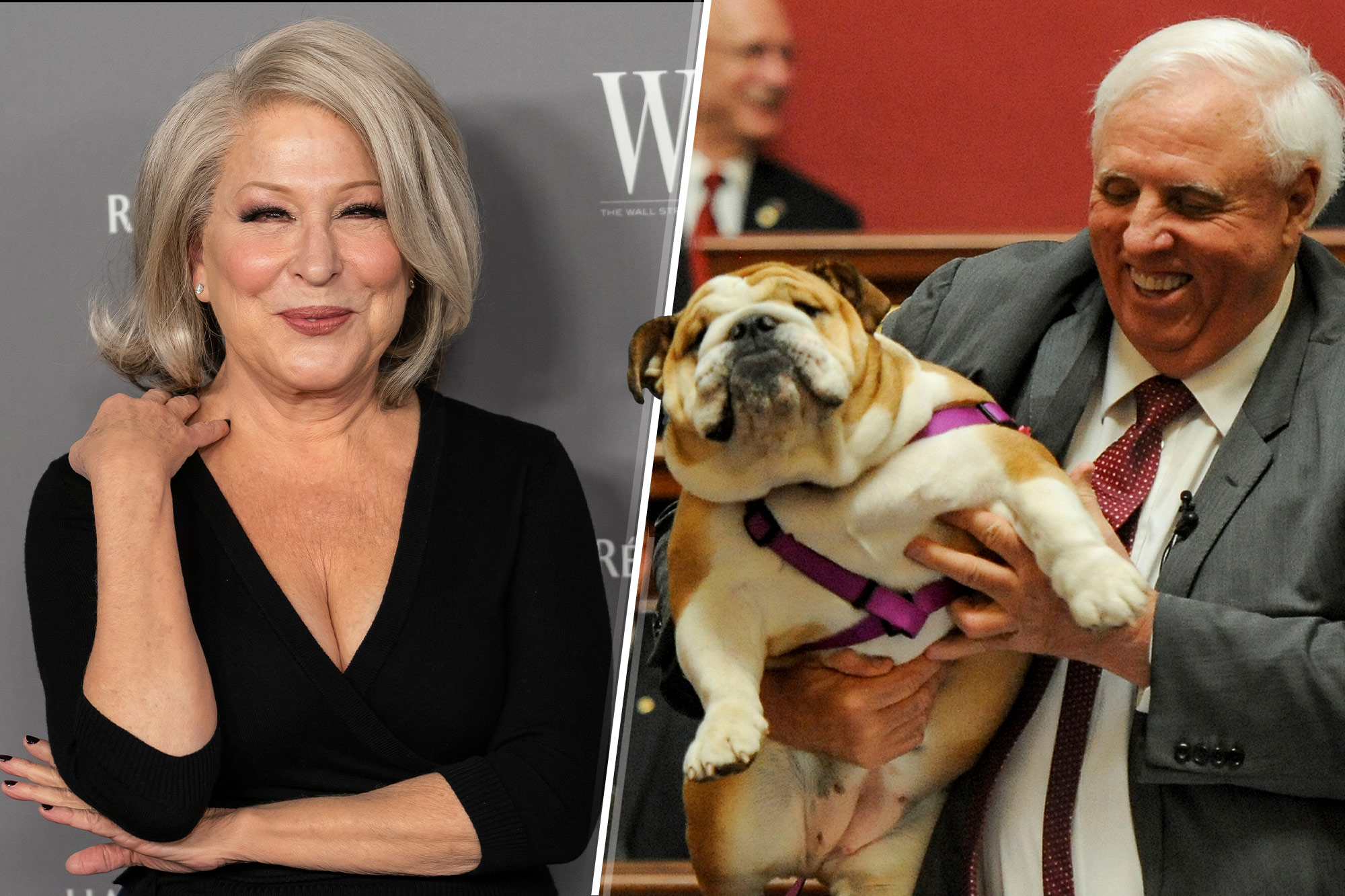 Every dog has its day — but Babydog might have had enough of the limelight.

The English bulldog is at the center of a back-and-forth feud between his owner, West Virginia Gov. Jim Justice, and Bette Midler.

The 70-year-old Republican then took aim at Midler on Thursday after his televised state of the state address when he held up his English bulldog and flashed its rear to the crowd.

Justice said his dog wants Bette Midler to kiss her behind after Midler called the residents of his state “illiterate” and “strung out.”AP

Midler said that Justice’s dog’s butt would make a better governor than him.AP

“Babydog tells Bette Midler and all those out there: Kiss her heinie,” Justice said, prompting huge applause and a standing ovation.

In response, Midler on Friday retweeted a picture of the stunt with the caption: “Here we can see a dog’s a–hole. Right next to it is the butt of Jim Justice’s dog.”

Midler also tweeted: “Here are the state rankings of all the areas and agencies for which the so-called ‘governor’ of West Virginia, Jim Justice, is responsible. Judging from these rankings, I’d say his dog’s a– would make a better governor than him!”