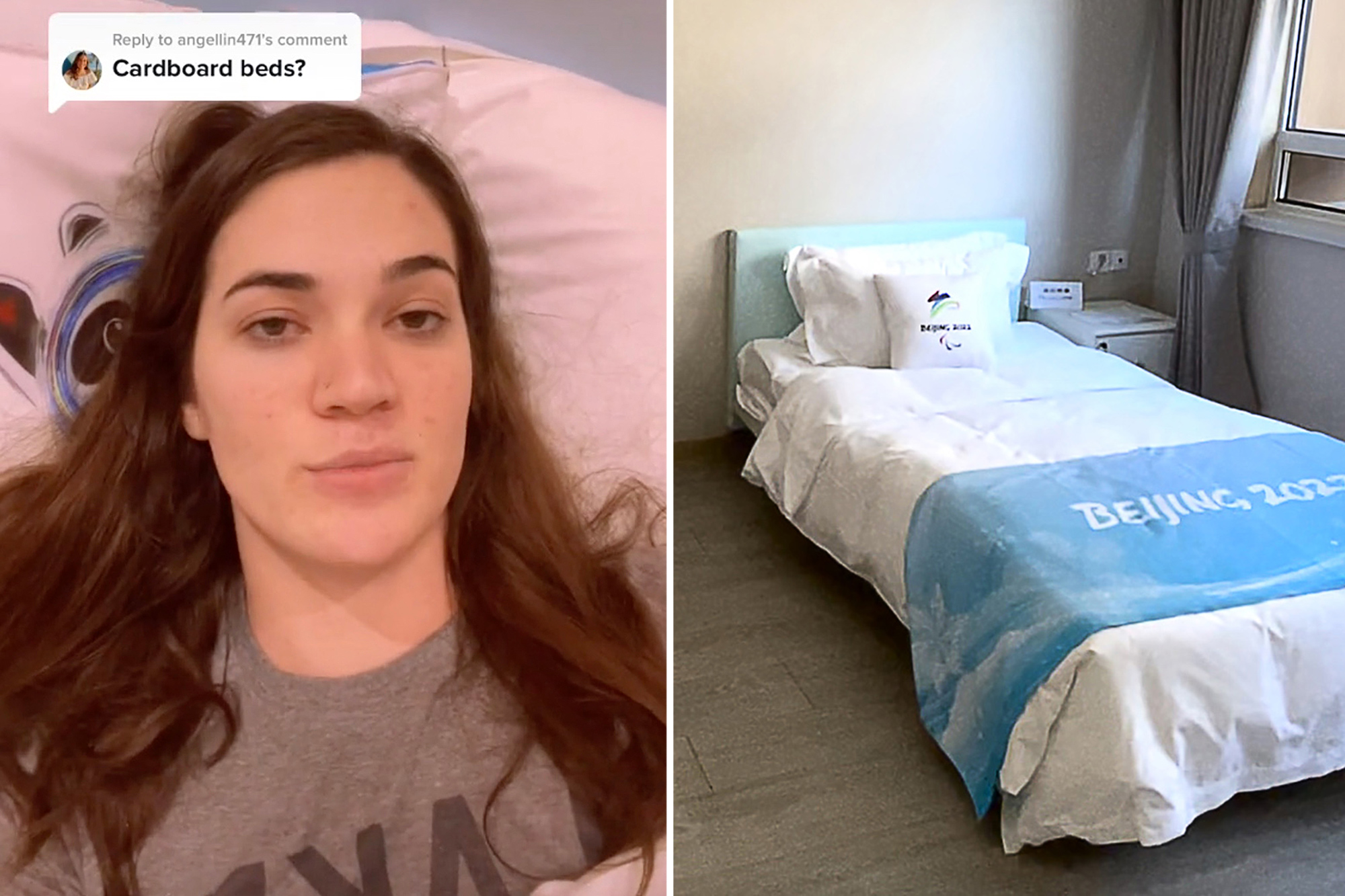 She revealed the “comfortable” truth.

US luge athlete Summer Britcher undoubtedly made summer 2020 Olympians — who infamously slept on cardboard in Tokyo — jealous after revealing that the beds at the 2022 Winter Olympics are apparently fit for a queen. The 27-year-old competitor detailed the luxuriant sleeping accommodations in a TikTok video with over 181,200 likes.

Addressing a fan query on the boudoirs in Beijing’s Olympic village, Britcher exclaimed: “I am so excited you asked this question because I have something incredible to share.

“Because not only do we not have cardboard beds here, but it’s as if the Beijing organizing committee said, ‘How can we just absolutely just one up Tokyo?’” the Baltimore native gushed.

Then, to demonstrate the slumber pad’s lavishness, Britcher panned to a shot of the bed’s remote, which showed that its angle could be adjusted for max comfort a la an airplane seat.

If that wasn’t enough to rub salt in the summer Olympians’ wounds, the lounging luger filmed herself snuggled under the covers of her plush sleep sack.

“Me watching this as a Tokyo athlete remembering how uncomfy the cardboard beds were,” lamented Paralympian Emma Schieck, who won a gold medal in sitting volleyball at the 2020 games.

“Your … Your bed has a whole remote to it? It has modes?” the incredulous gal sputtered on camera, while getting exponentially more jealous with each word. “How big is it? It looks pretty big.”

One of the lavish slumber pads at the Beijing Olympic village.Zoya Rusinova/TASS

The Olympian also joked how her meager mattresses were minuscule, “high flammable” and so solid that “my back hurt like, a week after I started laying on them.”

“But have fun! That looks awesome,” added Maher while choking back mock tears.

She was referring to the minimalist cardboard accommodations in Tokyo in 2020, which were reportedly implemented to curb the spread of COVID-19 by preventing famously frisky Olympic athletes from making whoopie.

Organizers reportedly believed that flimsy frames could only withstand the weight of one person and were therefore impossible to have sex on.

However, this argument was put to bed by Irish gymnast Rhys McClenaghan, who filmed himself jumping up and down on these “abstinence-inducing” sleep sacks sans any mattress malfunctions.

In a similar video demonstration, members of Israel’s Olympic baseball team proved that the Spartan accommodations could withstand the weight of up to nine bouncing baseballers without collapsing.