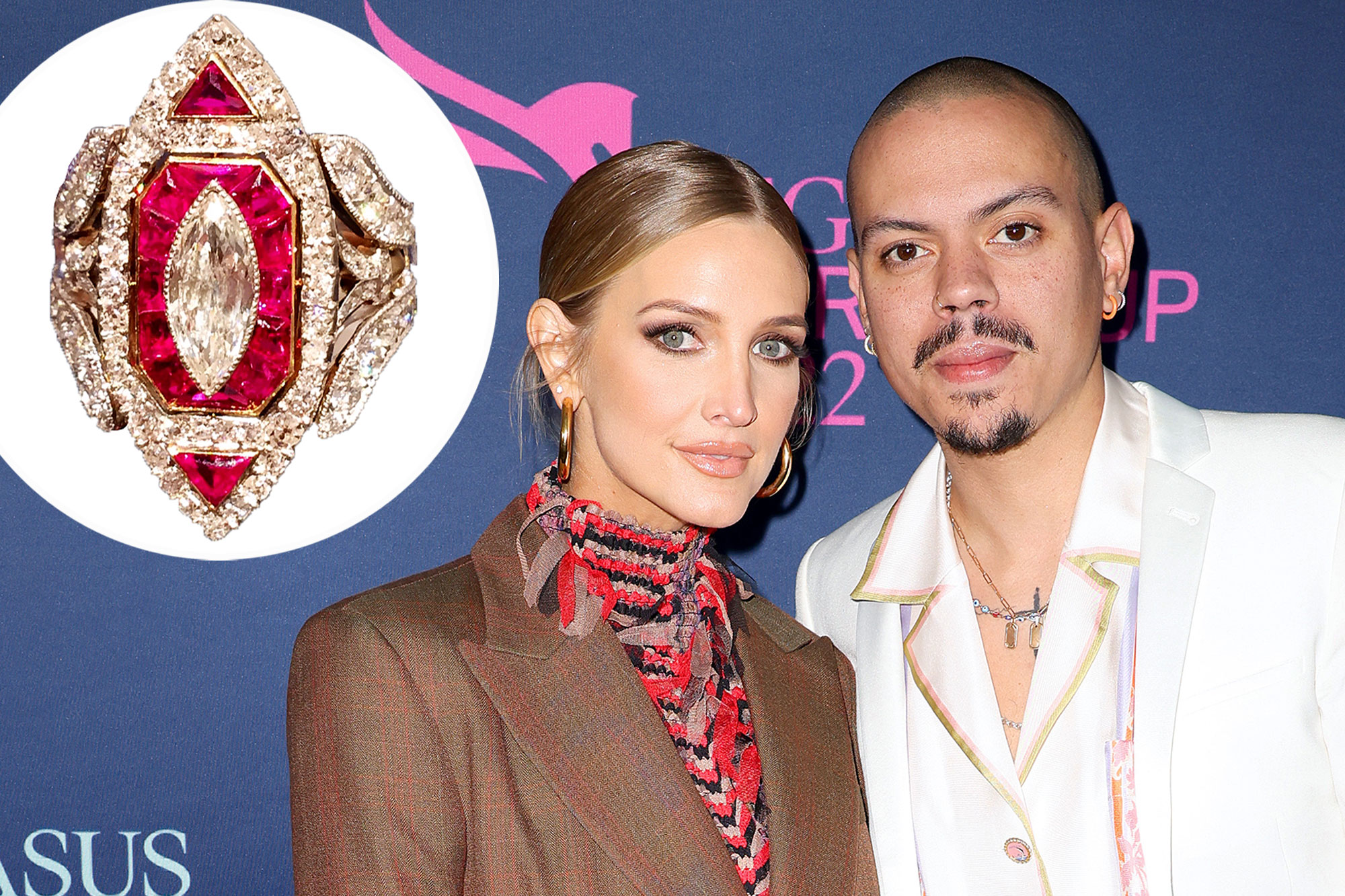 Ashlee Simpson and Evan Ross averted disaster when her five-carat wedding ring fell off her finger at an after-party for the Pegasus World Cup at Gulfstream racetrack in Hollywood, Florida this weekend.

We hear the couple was partying at the trackside Carousel Club where DJ Cassidy was doing a live version of his Internet-famous “Pass the Mic” set.

“They were [dancing] in the VIP area in front of the stage with Nicole Scherzinger and DJ D-Nice… when Ashlee started yelling ‘My ring! It just flung off!’,” says a spy. “She was very upset and nearly in tears. Her group of friends started searching around the area with Evan’s iPhone flashlight.”

We’re told Ross went so far as to “lift up the sofas and chairs, looking underneath.”

The platinum and gold stunner — estimated to be worth around $500,000 — has a unique vintage look and features 140 white diamonds accented with rubies.

“After almost an hour of searching, Evan looked in the bushes and found the ring in the dirt,” says the spy. After he picked it up, “he spun around and got down on one knee in front of Ashlee as if proposing.”