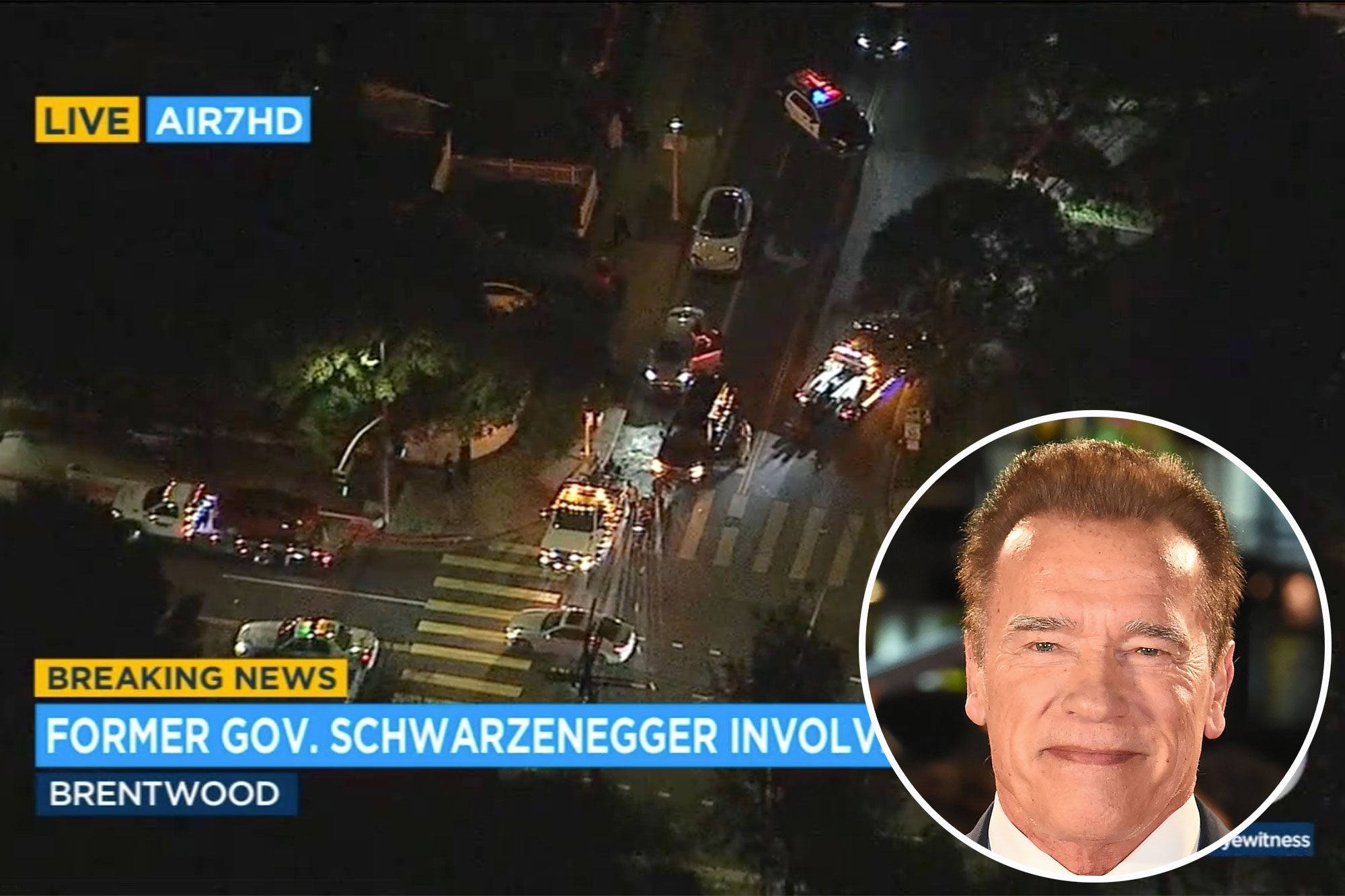 Multiple sources are reporting that Arnold Schwarzenegger was involved in a multi-car accident in the Los Angeles neighborhood of Brentwood Friday night.

TMZ reports that the former California governor, 74, was driving a GMC Yukon that collided with a red Prius, rolling over the smaller vehicle before continuing to rotate and impacting with a Porsche Cayenne. The accident occurred at the intersection of Sunset Boulevard and Allenford Avenue, which the outlet says is about a mile from Arnold’s home.

The driver of the Prius sustained a head injury and was taken to the hospital in an ambulance, they report, while Schwarzenegger, judging from pictures, was injured minorly enough that he was able to confer with police and others on the scene.

TMZ also notes that the “Terminator” star’s close friend and fitness personality Jake “Body by Jake” Steinfeld was also at the scene of the crash.

While TMZ puts the time of the crash at 5:00 p.m. PT, ABC Los Angeles affiliate ABC7 put it at 4:15. They also report that four cars were involved in the accident and that it was unclear whether Schwarzenegger was driving the Yukon.

A source close to the “Predator” star explained to TMZ that he was “deeply concerned” about the injured woman and intends to personally check up on her.

Police told ABC7 that no arrests had been made and they did not believe the incident involved any form of DUI or DWI.

Schwarzenegger finalized his divorce from Maria Shriver, 66, at the end of December. The couple had been married since 1986, separating in 2011 after it was revealed that Schwarzenegger had fathered a son, Joseph, with their housekeeper Mildred Baena.

The “Expendables” star has been dating physical therapist Heather Milligan, who is 27 years his junior, since 2013. Frequent “Today” show contributor Shriver, meanwhile, is single, friends told the Post, after splitting from political consultant Matthew Dowd in 2017.