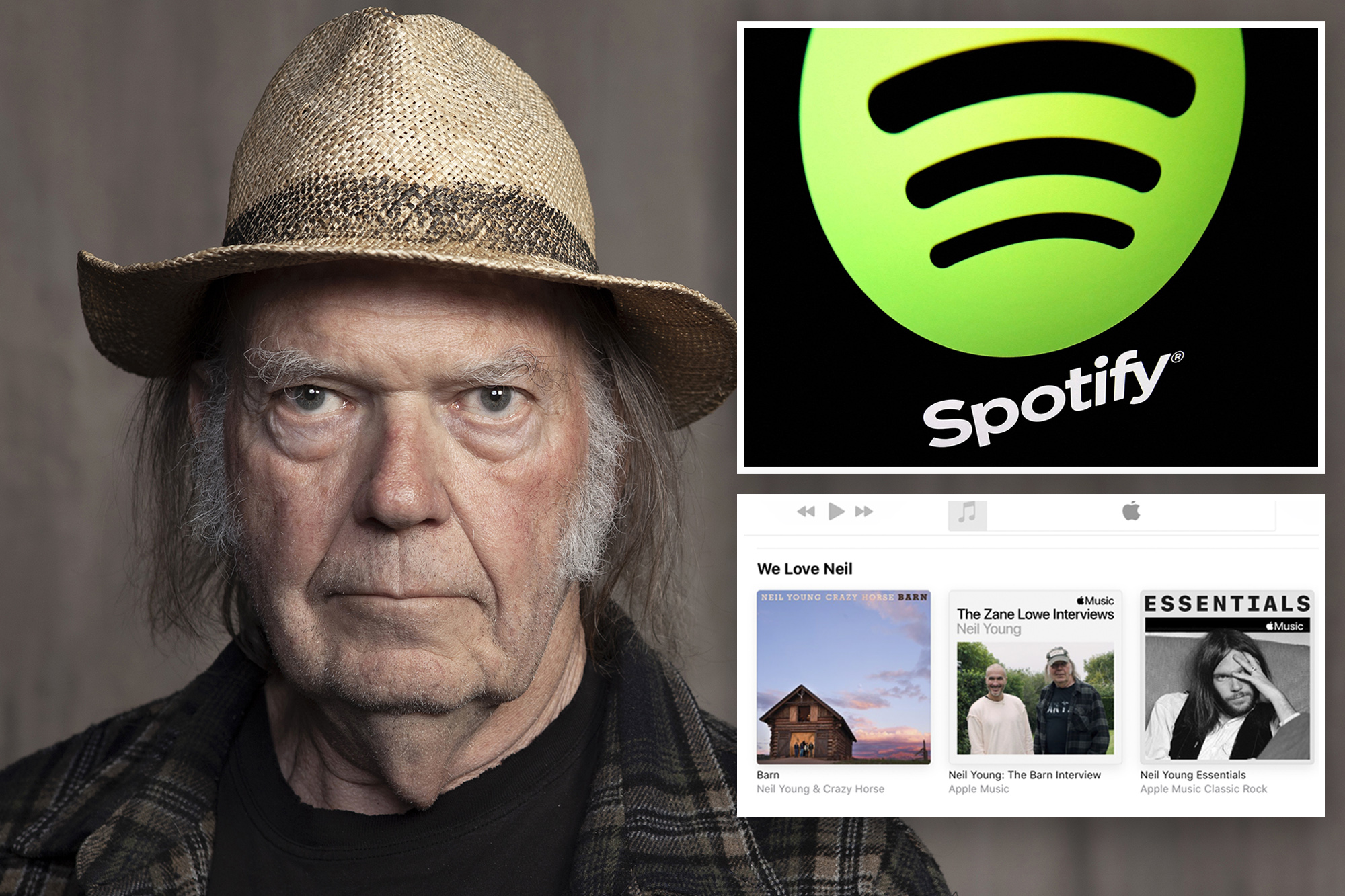 Apple Music wants everyone to know about its “Heart of Gold.”

After Neil Young pulled his music from Spotify on Wednesday in protest of controversial podcaster Joe Rogan “spreading fake information about vaccines,” Apple Music has boosted Young’s music in a not-so-subtle dig at its top streaming rival.

As of Friday morning, Apple Music’s homepage featured a playlist of Neil Young albums with the title “We Love Neil.”

Apple’s streaming service also labeled itself the “the home of Neil Young” in a tweet late Thursday and sent out at least one push notification to users promoting Young’s latest album.

Young’s beef with Spotify centers on what he says is Joe Rogan’s habit of hosting guests that spread lies about coronavirus vaccines. Rogan has an exclusive podcasting deal with Spotify reportedly valued at over $100 million.

In a since-deleted letter to Spotify, Young said that Spotify hosting Rogan’s show was “potentially causing death to those who believe the disinformation being spread by them.”

“They can have Neil Young or Rogan. Not Both,” Young wrote.

While the rocker didn’t point to any specific statements by Rogan or his guests, his protest came weeks after Rogan hosted an “anti-vaxxer” epidemiologist, Dr. Robert Malone.

During the episode, which has since been pulled from YouTube, Malone had made dubious assertions, including the claim that President Biden is suppressing research on ivermectin, which has not been recommended by the Food and Drug Administration as a treatment for COVID-19. He had also compared the current US public health climate to Nazi Germany.

Spotify has said that it hopes Young will bring his music back to the site.

“We regret Neil’s decision to remove his music from Spotify, but hope to welcome him back soon,” a spokesperson said earlier this week.

Apple and Young’s record label did not immediately respond to requests for comment.

“We regret Neil’s decision to remove his music from Spotify, but hope to welcome him back soon,” a spokesperson for Spotify said. AFP via Getty Images