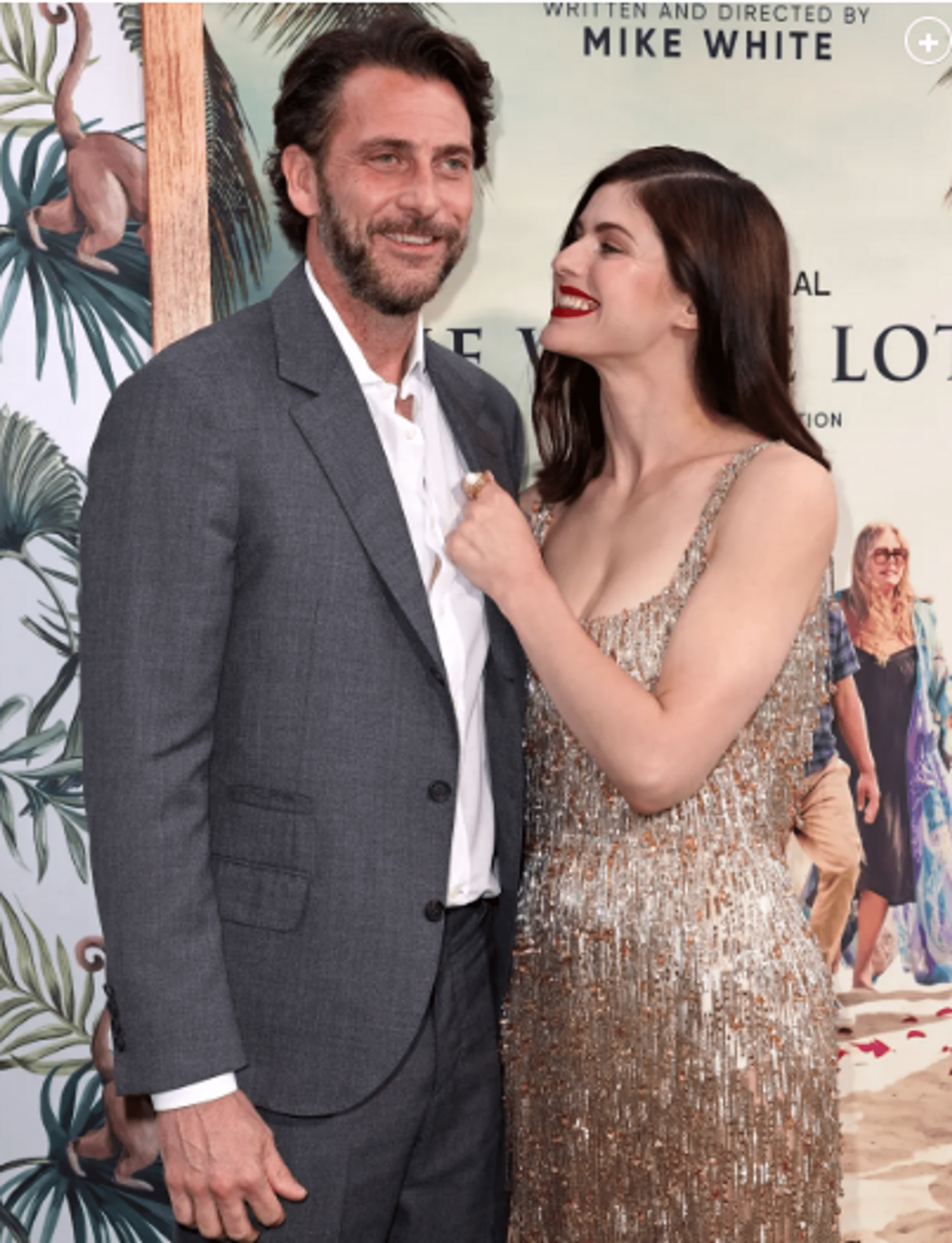 In photos published by Vogue this Thursday, the bride beamed in a Danielle Frankel gown at her wedding in New Orleans. Although the 36-year-old White Lotus star and producer originally intended to celebrate in Italy, they chose Louisiana as the actress is filming in that state right now.

The event itself was held in a cozy and family atmosphere, and after the ceremony, Daddario changed into a pink tulle evening dress and shoes with comfortable heels. Andrew Form proposed to the star back in August 2021, although she admitted to Vogue that they had talked about their engagement three months before. “We both agreed to marry each other one evening in April 2021 after too much wine,” she recalled. As for the official part and that very moment with the marriage proposal, Alexandra told in detail how it was: “I was visiting Andrew when he was working on Jack Ryan, and filming took place in Athens. He took me to the Four Seasons Hotel so we could go to the beach. He went outside, I followed him, he turned and proposed, and then we walked and drank pina colada. The news of their engagement appeared in December of the same year, and the star celebrated this event on her social networks. “Most wonderful person, you handle stupidity, loss, life, difficulties, and people with grace and compassion. You are a loving father, funny, hardworking, honest, introspective, sexy, kind, and sensitive. You took the worst moments in my life and pulled my soul together,” she wrote then. It is unlikely that the actress could have thought that passing each other on one of the streets of New York, they would understand that fate had given them the opportunity to become a family. “He asked if he could invite me to dinner. I said “okay” against my better judgment. Nowadays, it is customary to meet people on dating apps. But he was different,” the star admitted.

Cameron Diaz to return to Netflix comedy with Jamie Foxx
Newlyweds Beckham and Peltz celebrate their honeymoon with wine
We use cookies on our website to give you the most relevant experience by remembering your preferences and repeat visits. By clicking “Accept All”, you consent to the use of ALL the cookies. However, you may visit "Cookie Settings" to provide a controlled consent.
Cookie SettingsAccept All
Manage consent