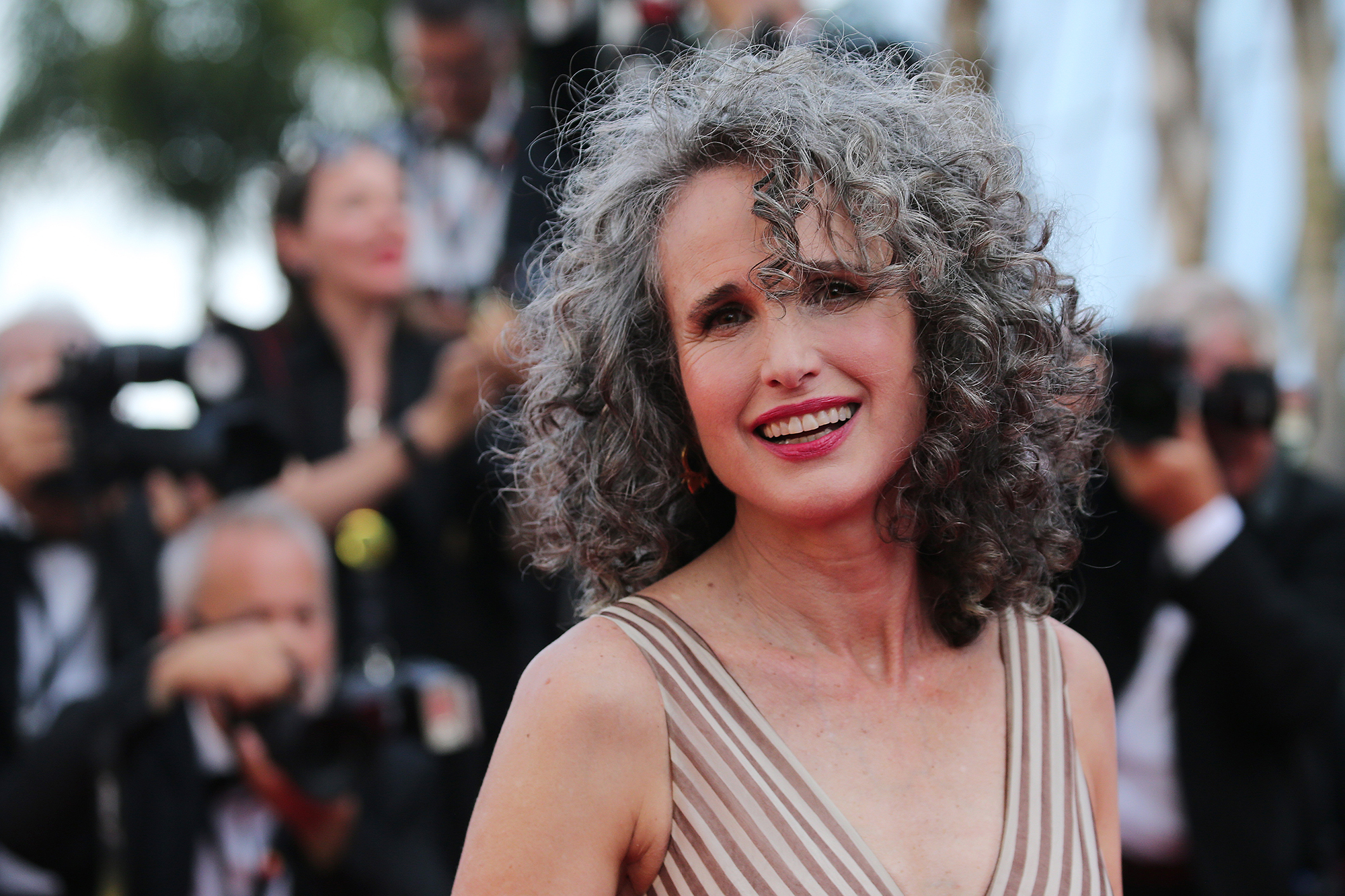 Andie MacDowell is celebrating her gray hair loudly and proudly.

The “Ready Or Not” actress isn’t looking back after deciding to stop dyeing her hair during the COVID-19 pandemic.

“My sister’s full-on silver and she’s only 18 months older than me. I thought she looked so much more beautiful being silver. I was jealous,” MacDowell told People.

“During COVID, I could see the roots with my face and with my skin and my eyes, and I liked it. I felt that I would be happier. And I am happier. I really like it,” she added.

“I’m 64, and this is the time of my life. Eventually, I’m going to be silver. And I wanted to have this experience of feeling what it is.”

MacDowell also opened up about aging in general and accepting her body at all stages of life. “Your belly gets bigger as you get older too. And I’ve had three babies,” she said. “I’m constantly having to work on loving that part of my body. It’s so hard,” she continued, but added that daughters Margaret and Rainey remind her to stop criticizing herself.

Back in Feb. 2021, the actress opened up about feeling like a “silver fox” when she first embarked on the journey to embrace aging.

McDowell took inspiration from her sister who has gone completely silver.FilmMagic

“When I first did it I went to the grocery store because we had no place to go and I thought I looked good, and I saw a man there … A guy you see and go, ‘He’s a silver fox,’” she told Drew Barrymore in an appearance on her talk show.

“I immediately just put my shoulders back, and I was like, ‘And so am I.’”

And although fans, friends and family are loving her transition, her team didn’t appreciate that she made such a huge decision without their input.

MacDowell had to stand up against her team who told her it was not the right time to let her hair grow silver.Getty Images

But in an attempt to make her team happy, she pondered whether she could use wigs to try and hide her grays.

Dowell further revealed she feels like a “silver fox” and has discovered how sexy it is.WireImage

In the end, she stood her ground and told her team it was a “power move.”

“Once I did it, it was just so clear to me that my instincts were right because I’ve never felt more powerful,” she said. “I feel more honest. I feel like I’m not pretending. I feel like I’m embracing right where I am. I feel really comfortable. And in a lot of ways, I think it’s more striking on my face. I just feel like it suits me.”

Adidas lawsuit filed Nike for patent violation
Jennifer Lopez appeared in a chic white suit at the party in honor of the premiere of the film Halftime
We use cookies on our website to give you the most relevant experience by remembering your preferences and repeat visits. By clicking “Accept All”, you consent to the use of ALL the cookies. However, you may visit "Cookie Settings" to provide a controlled consent.
Cookie SettingsAccept All
Manage consent