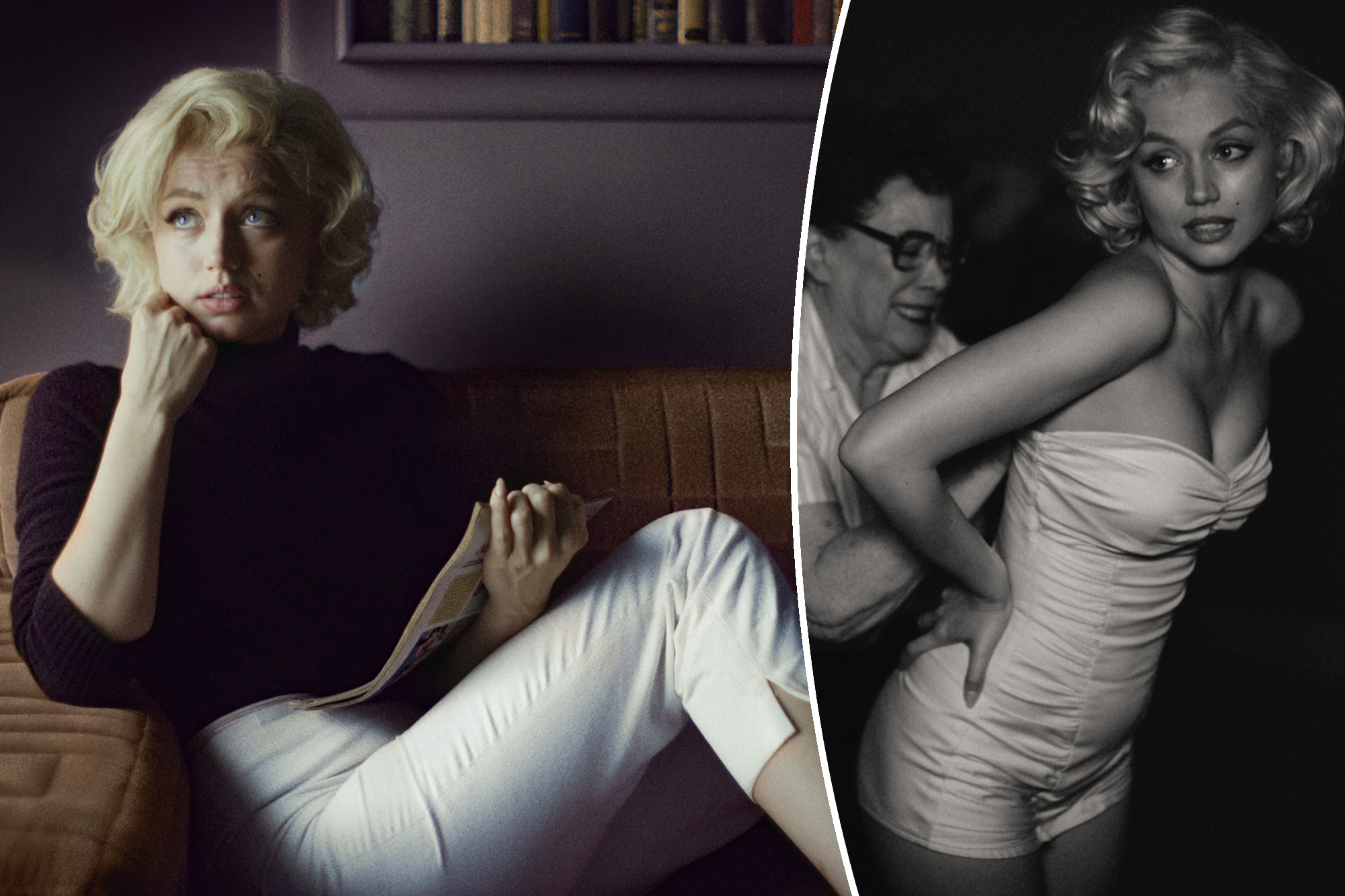 Blondes really do have more fun.

In the Instagram photos, she’s seen being laced into a corset, posing in casual clam diggers paired with a turtleneck and making her way through the paparazzi in an oversized blazer.

The Cuban actress shared, “Andrew’s ambitions were very clear from the start — to present a version of Marilyn Monroe’s life through her lens. He wanted the world to experience what it actually felt like to not only be Marilyn, but also Norma Jeane. I found that to be the most daring, unapologetic, and feminist take on her story that I had ever seen.”

De Armas didn’t go blond for “Blonde,” but she did wear a bald cap for her transformation. “I had to go bald every day…for these wigs that are beautifully made, you can’t have anything dark underneath, so we had to make a bald cap every single day from my forehead to [around] my whole head,” the “Deep Water star told Byrdie.

“It was like, three and a half hours every day of makeup. I think I actually cried the first time I saw [the wigs] on. Probably because I was terrified,” she added.

The Bond girl transformed for the role, wearing a bald cap and wigs. Getty Images for Louis Vuitton

In the teaser released on Thursday, the “Knives Out” actress, who had a high-profile romance with Ben Affleck before splitting at the beginning of 2021, stuns as the legendary actress. The much-anticipated movie is based on the 2000 book by Joyce Carol Oates.

Blonde is coming to screens in September and is the first Netflix original film with a controversial NC-17 rating.

Kim Kardashian didn’t damage Marilyn Monroe’s dress, Ripley’s says
Beyoncé covers British Vogue in headpieces, platform boots
We use cookies on our website to give you the most relevant experience by remembering your preferences and repeat visits. By clicking “Accept All”, you consent to the use of ALL the cookies. However, you may visit "Cookie Settings" to provide a controlled consent.
Cookie SettingsAccept All
Manage consent